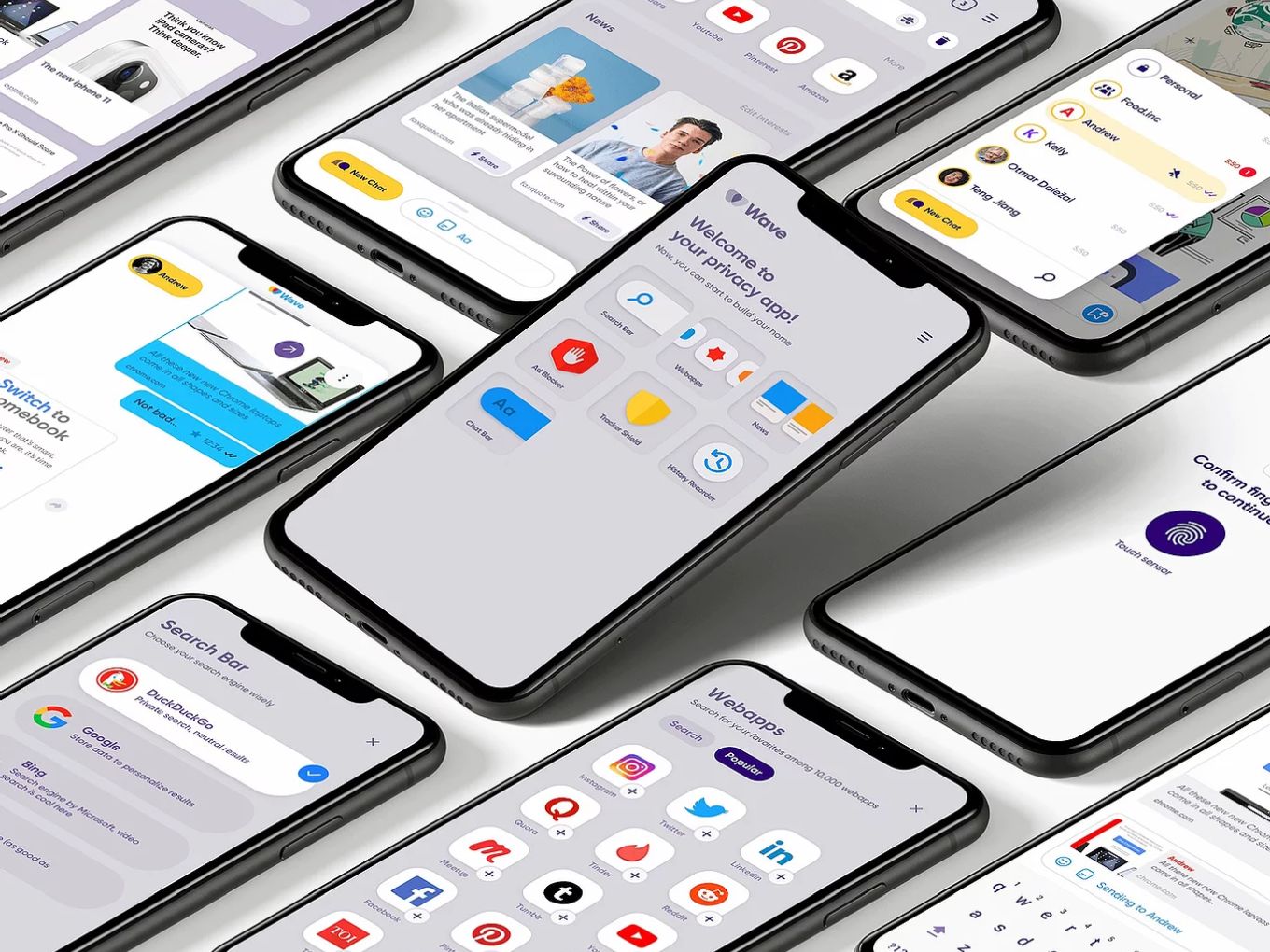 In addition to incognito browsing, Wave offers an app store as well as private chats, but there are some red flags in this regard

Wave cofounder Anish Mulani said it sends chat data abroad to servers in Ireland, which could be a deal-breaker for privacy-conscious users

At a time when user profiling for targeted advertising is a dedicated revenue stream for most social media platforms and mobile applications, one needs an incognito ecosystem to escape the prying algorithms rampant on the internet. Privacy-focused browser app Wave claims to serve this purpose, but despite this, there’s something amiss in the app’s promise.

After months of being beta tested, Wave browser was launched late last month on Android and iOS. Contained within the app is an internet toolkit of sorts. Not only is Wave a web browser that claims to not track user activity, but it also packs in chat, an ad-blocker as well as support for over 10,000 apps.

Wave claims its chat service doesn’t store user messages and its privacy-first browser will not remember history. It also said that several mobile websites and applications, including YouTube, are available in the browser without advertisements. Wave can block all advertisements within the app after the user selects the option.

In addition to incognito browsing, Wave said its users can save space on their phone by streaming over 10,000 apps within the browser itself, without having to download these apps separately. This is similar to the progressive web apps (PWA) that are standard nowadays on all smartphones.

The app’s parent company, Alkymia Tech Private Limited, is an Indo-French venture, incorporated in France in 2015. with the Indian subsidiary registered in 2017. The founders are Marc Miance and Anish Mulani, the latter being the India CEO.

The Wave app came to the fore as celebrities such as Amitabh Bachchan and Abhishek Bachchan tweeted about it.

That doesn’t come as a surprise given that Mulani’s background is in the film industry. He has 18 production credits and several more for animation and visual effects, as per his IMDb profile. Mulani served as the president and CEO of US-based Prana Studios’ Indian subsidiary from 2013 to 2017.

Alkymia Tech’s flagship product was earlier called Popshot, but Mulani compared that version of the app to a concept car, with Wave being the production model.

“It’s a creative sandbox we use to explore features and interact with users. Wave is the end product.” – Wave cofounder Anish Mulani

How Wave Stacks Up To Other Private Apps?

While a privacy browser app warrants use in these times when data privacy is a hot topic even among luddites, what stands out as a red flag is the numerous trackers in the app and permissions that Wave’s Android app needs. The privacy browser includes five trackers and 14 permissions, according to Exodus. While some of these are standard trackers for crash analytics purposes, some are used for profiling and location tracking.

Mulani told us that users aren’t being tracked for simply browsing within the app. However, if they choose to open another app, such as Google Maps within the app, then their location may be tracked.

But no such trackers exist in rival privacy-centric browsers such as DuckDuckGo or Brave. In fact, even the ubiquitous Google Chrome app has zero trackers, while the ad-block features can be replicated by several other browsers including Mozilla Firefox. Mulani claimed that trackers are useful to enable the full functionality of some of the apps in Wave.

He added that the permissions required by the app won’t all be used. Some of them are only accessed when a user opens one of the web apps that Wave provides through the in-built web app store.

Considering that one can visit these websites/web apps through the other privacy browsers too which involve zero trackers, it isn’t exactly clear whether Wave trumps its competitors on this front. But Wave does have one differentiation that the other browsers cannot match.

That’s the peer-to-peer chat feature in the Wave app. To use the chat feature, users can provide Wave with their first name and mobile number, and then proceed to invite their contacts, just like any other messaging app. But the personal data of Wave’s chat users is currently being stored in its servers in Ireland, which could be a cause for concern for privacy-conscious users.

“When users are using chat on a web feature, the messages are temporarily stored in Ireland for delivery to recipients, and deleted from the server afterwards. The chat feature is still in beta and yes, we would move those data transactions in India once the feature is successful,” Mulani told Inc42.

Whether the personal data of Indian users can be sent offshore is one of the burning questions in today’s digital economy when data is considered the new oil. India’s Personal Data Protection Bill, 2019, allows for offshore processing, not storage, of users’ personal data, only with the explicit consent of the user.

Expanding on the chat feature being developed by Wave, Mulani added, “When chat and browsing are at one place, we avoid breaking privacy by sending links outside the app or opening links received in chat in a browser separately. In Wave, everything stays inside the private walls of the app.”

He added that the app would add features to keep users connected on chats while they browse content, but the ultimate goal is around communication. “The focus will shift to chat in the upcoming versions. As of today, we expect users to adopt a private browser, as it involves no learning curve.”

For Wave, monetisation of the product isn’t on the agenda as of now. In fact, scaling the privacy browser’s user base is the priority. Mulani said commercial use cases can always be explored later. “Wave is not focussed on the commercial side as of now and is bent to meet the user’s needs first. We will consider the commercial side later, although it certainly won’t be based on user profiling.”

The app currently has over a million users and claims to be seeing a monthly growth of 150K-300K users. The app does not have a great rating on the Google Play Store, with an average score of 3.9 after over 5,200 reviews. On the Play Store, it has 500K+ installs overall and many of the reviews are questioning the app’s privacy claims.

The goal is to reach 10 Mn users by the end of the current year, however, getting users to download a different browser when there are already over a dozen reputable ones on the Google Play Store and Apple App Store will be a tall ask. Plus, Wave would have to address the fact that chat data is stored abroad, which is something that the Indian government is unlikely to entertain once the privacy law is in place.

Learn To Understand, Prioritize and Leverage Data in Business Properly

What’s driving the shift from HR tech to work tech?