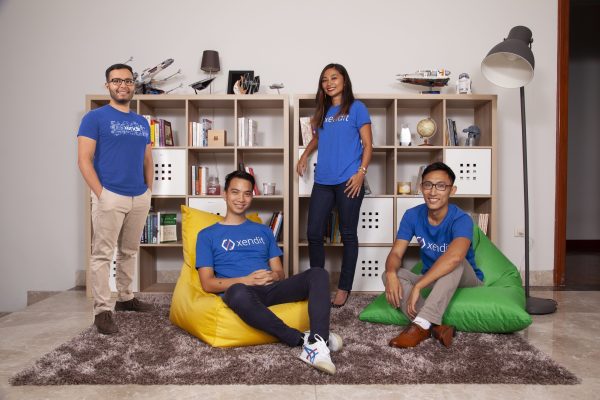 Fueled by the COVID-19 pandemic, digital transformation is happening all over the world. And Southeast Asia is no exception.

Indonesia’s Xendit, a startup focused on building digital payments infrastructure for the region, has just raised $64.6 million in a Series B led by Silicon Valley heavyweight Accel. The funding brings the total amount raised by the Jakarta-based company to $88 million since its 2015.

Notably, Y Combinator also participated in the financing. In fact, Xendit is the first Indonesian company to go through Y Combinator’s accelerator program. It also was ranked No. 64 on Y Combinator’s top 100 companies (by valuation and top exits) list in January 2021.

Xendit works with businesses of all sizes, processing more than 65 million transactions with $6.5 billion in payment value annually. Its website promises businesses that “with a single integration,” they can accept payments in Indonesia and the Philippines. The company describes itself as building out financial services and digital payments infrastructure “in which the next generation of Southeast Asian SaaS companies can be built on top of,” or put more simply, it aspires to be the Stripe of Southeast Asia.

Xendit has been growing exponentially since its launch — with its CAGR (compound annual growth rate) increasing annually by 700%, according to COO and co-founder Tessa Wijaya. In 2020, the company saw its customer count increase by 540%. Customers include Traveloka, TransferWise, Wish and Grab, among others. Xendit declined to reveal hard revenue figures.

It also declined to reveal its current valuation but we do know that as of October 2019, it was valued at at least $150 million – a pre-requisite for appearing on this Y Combinator list, on which it ranked No. 53.

The idea for Xendit was formed when CEO Moses Lo met his co-founders while studying at University of California, Berkeley. Shortly after, they went through Y Combinator, and launched Xendit in 2015.

One of the company’s main benefactors was Twitch co-founder Justin Kan. According to Lo, “he happened to have some family in Indonesia, and it was also about the time when Asia was becoming more interesting for YC.”

Xendit was originally launched as a P2P payments platform before evolving into its current model.

The market opportunity is there. One of the world’s most populous countries that is home to more than 270 million people — an estimated 175 million of which are internet users — Indonesia’s digital economy is expected to reach $300 billion by 2025.

Add to that a complex region that is home to 17,000 different islands and a number of regulatory and technological challenges.

“Trying to build the businesses of tomorrow on yesterday’s infrastructure is holding Southeast Asia’s businesses back,” Lo said.

The global shift toward more digital transactions over the past year led to increased demand for Xendit’s infrastructure and services, according to Wijaya. To meet that demand, the company doubled its employee headcount to over 350 currently.

The pandemic also led to Xendit branching out. Prior to 2020, many of the company’s customers were large travel companies. So the first few months of the year, the startup’s business was hit hard. But increased demand paved the way for Xendit to expand into new sectors, such as retail, gaming and other digital products.

Looking ahead, the startup plans to use its new capital to scale its digital payments infrastructure “quickly” with the goal of providing millions of small and medium-sized businesses across Southeast Asia with “an on-ramp to the digital economy.” It is also eyeing other markets. Xendit recently expanded into the Philippines and also is considering other countries in Southeast Asia, such as Thailand, Vietnam, Malaysia and Singapore, according to Wijaya.

Xendit is also similar in scope to San Francisco-based Finix, which aims to make every software company a payments company. Xendit acknowledges the similarities, but notes it is also “looking to tackle broader challenges related to accessibility, security and reliability that are unique to Southeast Asia,” with a deep understanding of the region’s unique geographical and cultural nuances.

“Their team’s combination of deep local expertise and global ambitions means they’re uniquely positioned to do what no other company could do in the region,” he said.

This London-based ‘Photoshop for voice’ startup gives Hollywood actor Val Kilmer his voice back: Here’s how

5 Reasons To Invest In A Rental Property Business