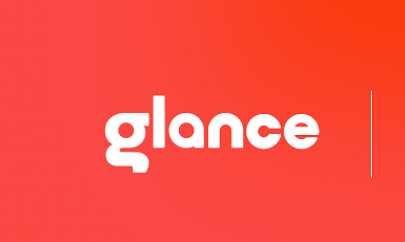 Glance, the lock screen platform of InMobi, has reached an active user base of 140 million in India for the first quarter of 2021, according to a report from Counterpoint Research.

A statement from Glance said the customers from leading smartphone brands like Xiaomi (including POCO), Samsung, vivo, and OPPO form a majority of its active user base. Glance delivers content to the lockscreen of Android-based smartphones.

“Glance is a platform that bridges the gap between new content and millions of smartphone users with its intuitive user interface,” said Research Analyst Arushi Chawla.

“It comes as a preinstalled feature, as against an app that needs to be downloaded. This makes it easy to use. It offers content in eight regional languages, which is a significant value addition in a linguistically and culturally diverse nation like India,” she added.

According to Counterpoint Research Quarterly Mobile Application Tracker, Glance has a strong presence in the sub-$250 smartphone segment, which covers 80 percent of the Indian smartphone user base.

The research also found that 70 percent of newly-launched smartphones in the sub-$250 segment now come pre-installed with the platform. This has helped Glance establish itself as the first touchpoint for millions of users to interact with their devices.

Additionally, being a pre-installed feature in some of the highest-selling smartphones in India has enabled the platform to reach close to a quarter of all smartphones in the country.

Senior Research Analyst Pavel Naiya said, “As India’s smartphone market matures, more users are moving from the sub-$100, entry-level segment to the $100-$300 segment, which is not only affordable but also offers value for money. In this play of feature-based selling points, a platform like Glance has a crucial role.”

According to Glance, it uses artificial intelligence (AI) to deliver personalised content via video stories and live streaming across categories like news, entertainment, tech, sports, fashion and travel.

The platform has also been working towards penetrating the vernacular content market in the country, given that the vast majority of Indian smartphone users are not native English speakers.

This Bengaluru-based carpooling startup aims to remove 1 million cars from the roads, every day