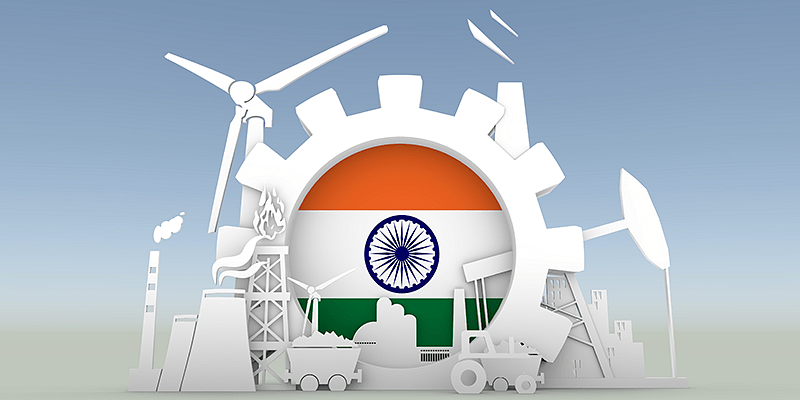 Launched in 2014, StoryBites is a weekly feature from YourStory, featuring notable quotable quotes in our articles of this past week (see the previous edition here). Share these 35 gems and insights from the week of January 17-23 with your colleagues and networks, and check back to the original articles for more insights. See also our special compilation of quotes related to India’s coronavirus responses here.

The startup ecosystem has grown immensely and positioned itself as a vital contributor to the growth of India’s digital economy. – Debjani Ghosh, Nasscom

India has now become the hallmark of a trailblazer and is leaving its mark on global startup landscape. – Piyush Goyal, Minister of Commerce and Industry

2021 will be remembered as the year when the Indian venture ecosystem hit an inflection point. A record $38 billion of capital was invested into startups. – Ashish Sharma, InnoVen Capital India

When compared to the UK, US, Israel, and China, 2021 has been an outstanding year for the Indian startup ecosystem, with the highest growth rate in terms of deals, both in seed-stage and late-stage funding and the number of startups. – Pari Natarajan, Zinnov

An interesting trend that emerged this year was a younger age group of investors and a higher age group of founders. – LetsVenture Startup Outlook Report

Today there is a lot more opportunity to raise capital from the HNIs and family offices. – Adith Podhar, Gemba Capital

We have recently seen women founder focused funds formed only to be invested in women led startups. – Upasana Taku, MobiKwik

The startup ecosystem in India is so healthy and strong that women should always feel comfortable to reach out and seek advice from others. – Lizzie Chapman, ZestMoney

The need for financial services innovation is much larger for these 500-600 million sized segments rather than the top 50-100 million customers in the higher income groups. – Natasha Jethanandani, ﻿Kaleidofin

We have one of the highest out-of-pocket expenses in the world when it comes to healthcare. – Sidharth Gurjar, Medfin

India’s dental care market has remained highly fragmented and without any significant technological disruption for decades. However, now with increasing awareness, increasing disposable income, and rising millennial aspirations, the industry is going through a transition. – Hitesh Kakrani, Smiles.ai

The dental care market in India is valued at $4-5 billion, growing at 15 percent CAGR. This is driven by a young population’s increasing awareness of health and aspiration to look better. – Ranjith Menon, Chiratae Ventures

Despite being a $15 billion industry, Indian families don’t have access to healthy and tasty options. – Ahana Gautam, Open Secret

For every population of 1,800, there is one pharmacy. In total, there are 1.6 million pharmacies that cater to 50 million of the population in India. – Shreyans Mehta, MedCords

The organic startup world is just setting foot and the glorious phase of the organic world is yet to come. – Dharmishtha Goenka, Praakritik

In India, the clean label trend is growing considerably and the market will expand further in the coming future. – Aarti Gill, OZiva

The education system usually does not include hands-on experience on new tech solutions, and the best way to do that is by allowing students as interns to design and build world-class products using state of the art technology. – Akhil Mohan, InstantPost

By the time parents realise that their child is not ready for the job market, because the education they received was broken, it is already too late. – Sumeet Mehta, LEAD

While a majority of Indian parents save for their child’s education, the concept of investing and creating a planned fund for their child, from an early age, is still a growing concept. – Eela Dubey, EduFund

88 percent of the 270 million children in K-12 in India do not have access to a PC/laptop. – Mridul Ranjan Sahu, ﻿CuriousJr

Innovation, expansion, and consolidation are the broad areas that will impact online education in 2022. – Ambrish Sinha, UNext Learning

The Indian student population base is growing consistently. The future of student housing is going to be driven by technology. – Ajay Gupta, Capital Foods

We believe, over the next five years, almost 70 percent of the used car demand would come from Tier II and III cities. – Akshay Singh, ﻿Droom

Today, India is considered as one of the markets with highest potential for the pre-owned cars segment as only 2 out of 100 people in India own a car. – Kunal Mundra, CARS24

It is critical for India to shift to EVs in the coming years as we are the world’s fourth-biggest emitter of carbon dioxide with over 1.9 tonnes of CO2 per head of population in 2019, after China, the US, and the EU. – Mohit Sharma, Oye! Rickshaw

India is among the top five largest manufacturing nations in the world and our MSME sector contributes to nearly 30 percent of our GDP. Therefore, it is imperative we support MSMEs for our overall economic growth. – Hardika Shah, Kinara Capital

A lot of geopolitical changes are happening now, and a lot of supply chain disruptions. India is getting better placed in becoming the manufacturing ecosystem. – Sonam Motwani, Karkhana.io

There are millions of small businesses that are really powering this economy. They were not getting the equity financing, media limelight, and weren’t being celebrated as entrepreneurs. – Alok Mittal, ﻿Indifi Technologies

Today, MSMEs have over six crore units employing over 11 crore people and are a significant contributor to the economic growth with over 30 percent of contribution to the GDP and over 48 perent of overall exports from India. – Narayan Tatu Rane, Union Minister of MSME

India’s industrial robotics startups have raised about $216 million in investor funding. This is a good start but not enough. – Nikhil Ramaswamy, CynLr

There is no doubt that 2021 will be looked upon as a defining year for Indian SaaS. – Arpit Maheshwari, Stellaris Venture Partners

Up until recently, the Indian consumer only had access to sub-standard products where beer is concerned. – Tarun Bhargava, Proost Beer

Indian gamers’ propensity to pay is actually growing faster than any other country in the world. – Justin Keeling, Lumikai Fund

The largest exits in any sector last year were in gaming and the two biggest M&A in the country. – Anuj Tandon, KRAFTON

The creation of 10 million hotspots as per the National Digital Communications Policy (NDCP) target by 2022 would potentially generate 20-30 million job opportunity in the small and medium-scale sectors. – K Rajaraman, Telecom Secretary

That is the opportunity – the millions of customers coming online and digitising their lives across the length and breadth of the country. – Kabeer Biswas, Dunzo

Learn how to innovate with serverless at Microsoft’s upcoming webinar