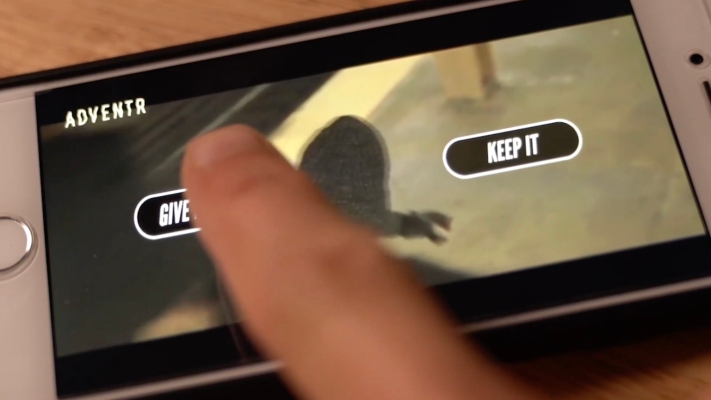 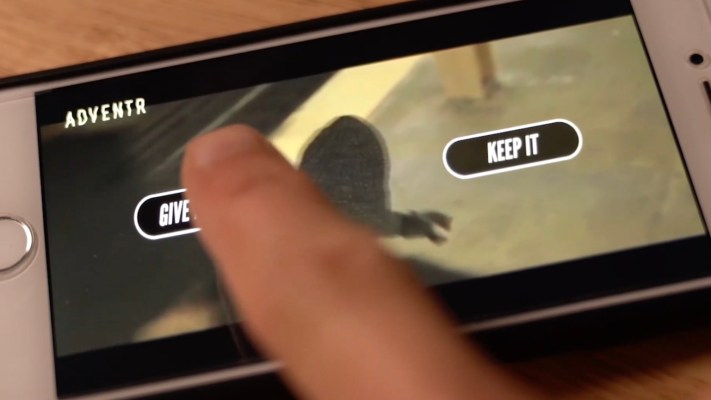 Founder and CEO Devo Harris got the idea for Adventr while working with the music industry’s biggest artists.

“Adventr was inspired by my experience creating content for artists like Kanye West, Britney Spears and Nas,” he said. “The music videos where I introduced interactive components shot up in popularity, proving that engaging viewers was not just about expensive footage and editing.”

So, Harris stepped out of his role as a Grammy-winning media executive and into the shoes of an early-stage startup founder. Now, Adventr is a drag-and-drop SaaS tool for creating, viewing and sharing interactive media — people can interact with the videos through touch screens, clicks and even their voice. Adventr patented this voice-controlled technology, called “SmartListen,” which allows media content to change mid-stream based on voice commands. This technology could be applied to advertisements, where a viewer can say something like “buy the green shirt.” Or, if a creator made a movie in Adventr, they could invite audience members to tell the characters what to do, like saying “don’t go down that hallway!” to the star of a horror film.

As of now, the patented SmartListen features aren’t quite ready yet, but Harris said that they will be available for select partners in early 2022.

“It’s a game changer and is going to open creators’ minds to the possibilities of connected media beyond clicking in a video,” Harris told TC.

Adventr competed in the Startup Battlefield at TC Disrupt this fall, earning a top-5 finalist spot only about a year after launch. The company has refined its product in beta, with 8,000 users, including AsiaNet News, MSI Gaming, SK Interactive and the New South Wales government. These companies also can see analytics about how users are interacting with their videos, which offers another way to learn about their consumers.

“We saw a six-figure jump in revenue immediately following Disrupt, and to this day we receive inbounds from people who see our pitch video online,” Harris said.

Adventr plans to use this funding to continue building out its team — when the company participated in the Startup Battlefield, they only had five employees. The company recently brought on former Vimeo General Manager Peter Gerard as a product lead. Harris said that soon, Adventr will roll out integrations into social media platforms, allowing customers to share their interactive videos natively on those platforms.

Why 16-year-old AuthBridge has piqued the interest of investors

The Startup Magazine The lifecycle of a business explained

7 Things I Wish Someone Told Me in the Beginning: Mistakes Beginner Entrepreneurs Make