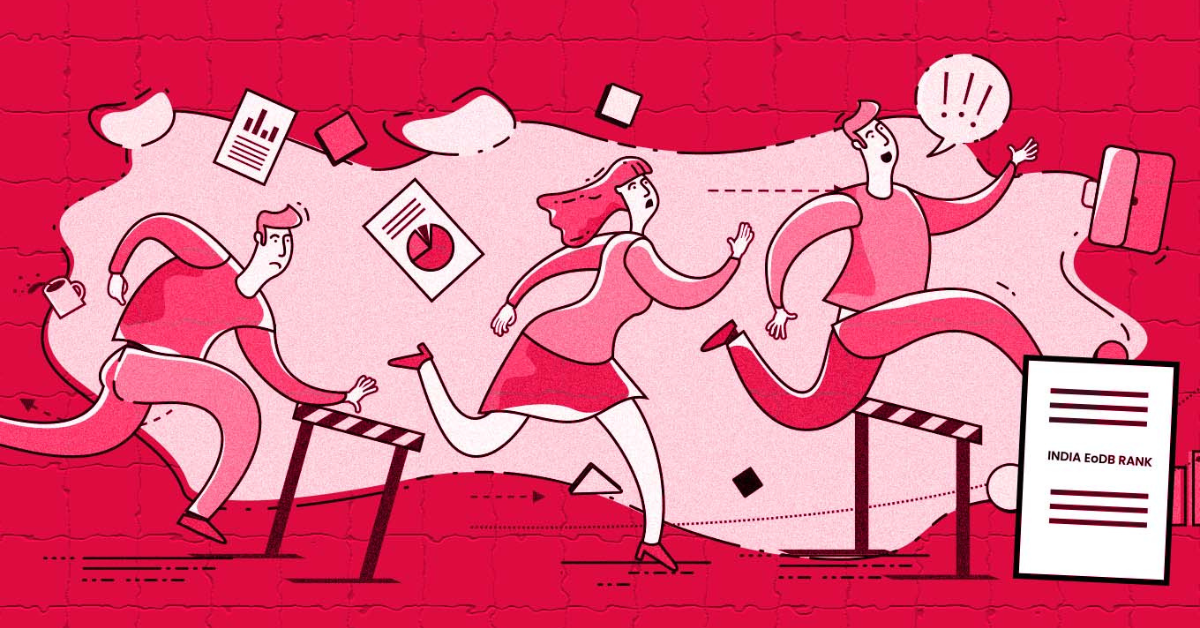 As the government gets tough about companies following the laws of the land, a slew of foreign firms are battling legal troubles in the country

The Prime Minister Narendra Modi-led government keeps touting the reform measures taken by it and which it plans to take to improve the business environment in the country. From 142 back in 2014, the country climbed all the way to the 63rd position in the ‘Ease of Doing Business’ in 2020 before the World Bank scrapped the rankings altogether.

However, along with this, there has also been an increase in the number of foreign companies being investigated by the Indian authorities for being on the wrong side of the law in recent years. While some attribute this to the strict implementation of the laws of the land, for others, it comes from the suspicions the government has about foreign companies.

Whatever be the reasons, the fact is that from the new IT Rules to the crackdown on Chinese smartphone manufacturers, many foreign companies have come under the radar of the authorities. Besides, the government’s attempts to tighten the rules for digital companies have also caused some churn among the companies, with many of them even re-evaluating their India strategy.

While the big tech firms have taken to hiring retired senior bureaucrats to lobby their case, many others have had to bear the brunt of law enforcement agencies that have cracked the whip on ‘erring’ firms in recent times. In many cases, authorities have also opened antitrust cases.

Let’s take a look at some of the tech firms who seem to be in troubled waters in India currently due to various legal and regulatory issues:

India’s competition watchdog has found the search engine giant guilty of discriminating against developers in its Play Store billing policy. In a separate case, the Competition Commission of India (CCI) has also launched a probe into Google following complaints of abuse of market dominance in news aggregation space.

Twitter has sparred with authorities on multiple occasions. On July 5, the social media company filed a case against the Indian government over certain takedown orders. On multiple occasions, the two sides have sparred over the new IT Rules.

Previously, the government had called out Twitter for selective and delayed compliance to the norms and had even pulled up the firm in a private meeting with senior officials. Apart from that, the platform has also been rebuked by multiple courts and authorities over a host of issues.

The US-based ecommerce platform has been in the news lately over its confrontation with the government and its different arms. In late April, raids were conducted at the offices of Amazon India’s two top sellers over allegations of violation of competition laws.

The platform has also been under regulatory lens over alleged anti-competitive pricing and for purportedly favouring sellers that it had a stake in.

In India, Apple is currently subject to a CCI probe about alleged unfair business practices pertaining to its app store policies. The high charges imposed by the tech giant on account of its market dominance is currently under consideration before the competition watchdog. Meta:

Meta has been the subject of a host of regulatory crackdowns in the country. Facebook and WhatsApp are currently the focus of an ongoing probe launched by the CCI in connection with the contentious 2021 privacy policy update of the instant messaging app. The matter is currently pending before multiple courts.

Instagram is also party to a case where a petitioner has alleged unilateral termination of an account. On the regulatory front, Meta has been time and again pulled up by authorities for lax implementation of legal notices and over failure to curb fake news.

The South Korean-gaming giant Krafton’s flagship offering in the country, BGMI, was unceremoniously delisted from India-specific Play Store and Apple Store. This was done on the instructions of a government notice that was shot off to the two marketplaces.

Cryptocurrency exchanges Binance and WazirX are caught on the wrong side of the money laundering law. The Enforcement Directorate (ED) on Friday (August 5) froze the bank assets of WazirX worth INR 64.67 Cr for allegedly assisting instant loan apps in money laundering.

Even as the matter continues to unravel, both WazirX and Cayman Islands-based Binance continue to bicker over the ownership structure of the crypto exchange as well as the acquisition deal announced by companies back in 2019.

Chinese smartphone maker Xiaomi is facing the wrath of authorities for alleged violations of foreign exchange regulations. In May, the ED sleuths seized assets of more than INR 5,551 Cr belonging to the phone manufacturer.

The issue even echoed in the Parliament earlier this month, where Finance Minister Nirmala Sitharaman said that five cases of customs duty evasion have been registered against Xiaomi India.

Vivo India came into the spotlight last month after the ED raided almost 50 of its locations. The ED afterwards claimed that the smartphone manufacturer remitted INR 62,476 Cr to entities outside India, reducing its tax liability in the country.

Earlier this month, the agency again issued a show cause notice to Vivo India for evasion of customs duty to the tune of INR 2,217 Cr.

The Directorate of Revenue Intelligence (DRI) raided the offices of Oppo last month. The Chinese original equipment manufacturer’s (OEM) Indian subsidiary is currently under the lens of authorities for allegedly evading tax to the tune of INR 4,389 Cr.

Responding to a major push by the government for local card network RuPay, US-based Visa, in November 2021 complained to the US government that India’s ‘informal and formal’ promotion of RuPay was hurting its presence in the country.

MasterCard is another card company which has been hurt by the government’s efforts to promote the home-grown RuPay. In 2018, MasterCard also complained to the US government about the Indian government’s tacit support to RuPay.

In 2021, the Reserve Bank of India (RBI) indefinitely barred Mastercard from issuing new debit, credit or prepaid cards to customers in India over non-compliance with local data storage rules. The restrictions were finally lifted by the central bank in June this year.

The US-based ride hailing platform has been pulled up multiple times by the consumer watchdog over increasing complaints and unfair trade practices.

The cab hailing company was previously also being probed for alleged abuse of dominant position by the CCI. The charges were eventually dismissed by the competition watchdog in July last year.

Responding to a CERT-In diktat, Panama-based NordVPN removed all its physical servers from India in June this year. Earlier in April, CERT-In issued an order mandating all private VPNs, cloud service providers and other allied organisations to collect user data and store them for five years or more.

NordVPN called the move ‘authoritarian’ and removed all its servers from the country.

ExpressVPN also de-installed its servers from the country in early June this year in response to the CERT-In directive. The new diktat was the brainchild of MeitY and was called by the British Virgin Island-based firm as an ‘attempt by the Indian government to limit internet freedom’.

Another casualty of CERT-In’s directive was the Netherlands-based Surfshark which also wound up its India-based physical servers in June this year. The company had termed the government agency’s move a ‘radical action’ that impacted the privacy of millions of people.

Phable Raises Funds From Omron Ventures, In Talks For Series B Round

How this business banking startup is Open(ing) 700,000 current accounts for SMBs