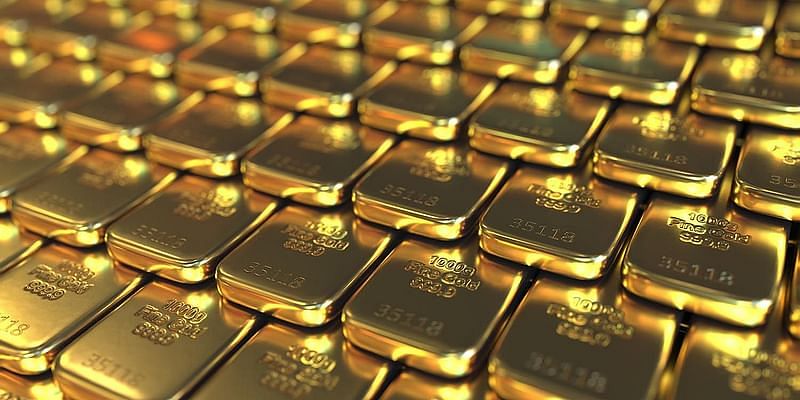 Ashraf Rizvi, who grew up in Iowa, US, learned early on in his life the importance and value of investing in gold. He understood the significance the yellow metal held in Indian households as not only an heirloom that could be passed on from one generation to the other, but also as a store of value that appreciated over time.

As he grew older and started investing his own money, he realised how arduous the process of buying, storing and selling gold actually was. There was also the problem of varying gold prices across different countries —  Indian gold was more expensive than that found in other parts of the world, and it wasn’t always easy to access, store and retrieve.

“The entire process of buying gold seemed like a waste of a day that I could have better spent playing sports or doing just about anything else. I knew at some point I wanted to help people all over the world have the freedom to invest in assets like gold but in an easy and simple way,” Ashraf tells YS.

As someone who was bitten by the entrepreneurial bug when he was just 13 and delivered newspapers and bagged groceries, Ashraf decided to step in and solve the problem. He set up Gilded in 2019.

Formerly known as Digital Swiss Gold, Gilded, which rebranded itself earlier this month, is essentially an app that allows users to invest fractional amounts of money in gold sourced from Swiss refineries, which is pure, has 0.9999 fineness, and is compliant with all specifications set out for gold bars by the London Bullion Market Association (LBMA), a precious metals authority.

The app has seen nearly two lakh downloads so far, and over 75,000 clients. It sees a few thousand visitors daily, with numbers rising significantly during auspicious occasions and special promotions.

Ashraf says Swiss gold is not only of a higher quality than most others, but also cheaper than non-Swiss gold.

All gold purchased through Gilded is stored in digital warehouses, and the details of each user’s purchase are recorded permanently on blockchain to establish an immutable title.

Transparent pricing, safety, and quality are at the forefront of what Gilded promises its users —  and every purchase comes with its own proof of ownership, containing vital information such as the gold holding’s account number, gold bar serial number, certificate of authenticity, a receipt containing information about the digital warehouse, and a picture of the gold bar.

“It doesn’t matter where you are in India, as long as you have a smartphone and internet connection, you can start investing in gold via our app, and save 6-10 percent as compared to published Indian gold prices as there are no middlemen involved,” Ashraf says.

“Our biggest differentiator is that our platform allows Indians to invest in authentic Swiss gold from the comfort of their homes, with minimal effort,” he adds.

The startup recently partnered with Alankit in India to expand its reach in the country, and said it was working on several new partnerships which it will announce in the coming weeks.

Getting started on the platform is easy —  all users have to do is enter their KYC details, and, once approved, start buying. Real-time prices of gold, per gram, graphs of recent and historical price moves, and the latest news on the gold market are readily available on the app for perusal.

“We have focused on making our app easy to use, and have found that most people can download the app, sign up and make a purchase within 5-8 minutes. The typical time to make a second purchase is less than one minute,” Ashraf says.

The app also offers people the option to sell their gold any time they want, in exchange for cash.

Gilded says it does not charge its users for storing gold, or use non-bank vault facilities, which makes it convenient for users to store it for as long as they want.

It earns its revenue primarily from the administrative fees it charges for its services, and tacks on a debit/credit card usage fee, as well as a foreign exchange rate which it passes on to its payment service providers.

Ashraf says he expects his firm to turn a profit in the next two years. Most of the money in the company right now has been invested by partners and founders —  but the company is considering raising investment capital later this year.

With transactions increasing by over 100 percent, month-on-month, Gilded is gearing up for massive expansion. It hopes to launch its app in global markets such as Indonesia, Turkey, Malaysia, the Philippines, Qatar and the US in the coming weeks and months.

“We want to encourage people across age groups to start investing in gold as an asset to safeguard their wealth and to benefit from long term returns historically provided by gold. We are also seeing many women investors exploring digital gold as an investment tool on our platform, and we want to continue to service that segment of investors,” Ashraf quips.

Gilded’s competitors in the space include the likes of ﻿Paytm Money﻿, ﻿Zerodha﻿, ﻿Upstox﻿, ﻿Groww﻿ —  all online investing platforms that enable investors to put their monies in everything from stocks to mutual funds and gold. Jewellery-makers such as Tanishq and PC Jewellers have also started selling digital gold for as low as Rs 100 in India.

Especially over the last year with the COVID-19 pandemic restricting people’s movements, there has been a considerable shift in the gold-buying trend where more people —  including a vast majority of the younger generation —  are investing in digital gold. With the number of smartphone users expected to hit 80 crores by 2020 from 50 crores in 2019, digital gold is expected to find many more takers.

How PharmEasy’s ‘Ghatkopar Gujju Gang’ Pulled Off The Thyrocare Deal