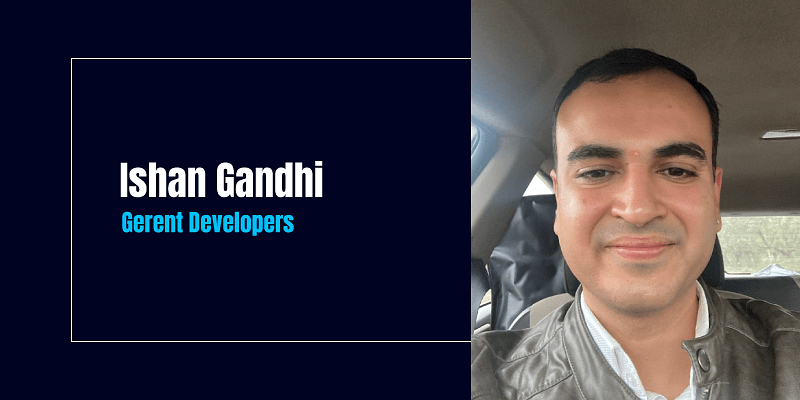 For Ishan Gandhi, who’s fondly called Ishu by his friends and family, being a Punjabi is an amazing feeling. “If I tell someone that I’m a Punjabi, it pretty much sums up everything about me,” he says. When he was 12 years old, he dreamt of becoming a cricketer and years later got the opportunity to represent India in a Twenty20 match.

Today, he takes care of the business at Gerent Developers, a company started in 2011. Initially, they faced financial crunches while building duplexes due to disputes over land and between partners, but once they were resolved, the company started growing. His business is what motivates him to get out of bed in the morning. “When I go to work, I am greeted by the people who work for me. Their hopeful eyes inspire me.”

Ishan’s greatest achievement is that he is able to balance his business and personal life well. He has a 16-month-old son and Ishan looks forward to spending his free time with him. “That’s something difficult for entrepreneurs, to manage them both side by side,” he says.

He’s both an early rise and late sleeper and says that Monday is his favourite day of the week. “It’s the first day of the week – the time for a fresh start.” His favourite Punjabi food is Amritsari kulcha, he loves bingeing on the Sherlock Holmes series, and his current playlist includes Avicii’s music.

If Ishan ever got the chance to speak to the Prime Minister of India, he would love to talk about what can be done to revive the Indian economy and help the country’s middle class. One word he uses to describe the Xcelerator Ludhiana programme is ‘excellent’. In 2021, he plans to start a new venture in smart fencing, which is one of the projects supported by Prime Minister Narendra Modi. “We’re basically into civil contracts, but now we’re entering into government securities. We have built a 5-kilometre stretch of the Indo-Pak fencing with a budget of just Rs 5 lakh,” he says.

If he could visit any place in the world, it would be the United States of America, and if given a chance to teach any subject in school, it would be business studies. If his house was on fire and he could only grab three things, Ishaan would grab his laptop and official documents before anything else.

His role model is his father and the best advice that Ishan has got from him is to trust yourself. It’s also a piece of advice that he would like to pass on to future entrepreneurs. When asked what success means to him, Ishan says, “I don’t calculate my success in terms of the money I have earned, but in terms of the team I work with to get the work done, and the positive feedback I receive from my clients.”

Ishan Gandhi is a member of Xcelerator Ludhiana Class of 2021. Learn more here.

How Swiggy, Dunzo, and BigBasket are gearing up to capture the $3.3B e-grocery market