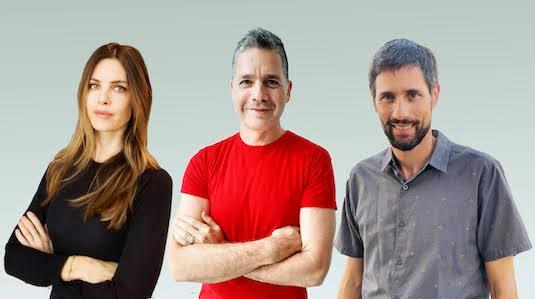 Israel’s retrain.ai, which uses AI and machine learning to read job boards at scale and gain insight into where the job market is going, has closed a $9 million Series A led by Square Peg. Since retrain.ai’s $4 million seed round last year was unannounced (led by Hetz Ventures, with TechAviv and .406 Ventures participating), that means it’s raised a total of $13 million. Its competitors include Pymetrics, which has raised $56.6 million, and Eightfold.ai, which has raised $176.8 million.

As well as the funding, the company has secured a first deal with the Israeli Department of Labor to look at the changing nature of the Israeli job market in light of the pandemic.

With technology eating into the traditional labor market, retrain.ai says its platform can look at which jobs are being advertised, which jobs are going down in popularity and see early warning signals as to where new jobs are going to appear. This can help form policy for large organizations and governments.

Retrain.ai’s CEO is Dr. Shay David, who is best known for co-founding the video enterprise leader Kaltura, which first appeared at TC’s first-ever conference in 2007. Isabelle Bichler-Eliasaf is the company’s COO and Avi Simon is retrain.ai’s CTO.

Dr. Shay David said: “What was once the regular tide of change in the workforce has evolved into a tsunami, especially pronounced by COVID-19 and its huge impact on the labor market — this has been a wake-up call. Unemployment and underemployment  is going to affect a billion people globally in the next few decades. Our vision is to help 10 million workers get the right jobs by 2025 and help organizations navigate efficiently through the wave of change.”

How to Avoid Excess Currency Fees For Your Startup

Taking stock of the VC industry’s progress on diversity, equity and inclusion – TechCrunch