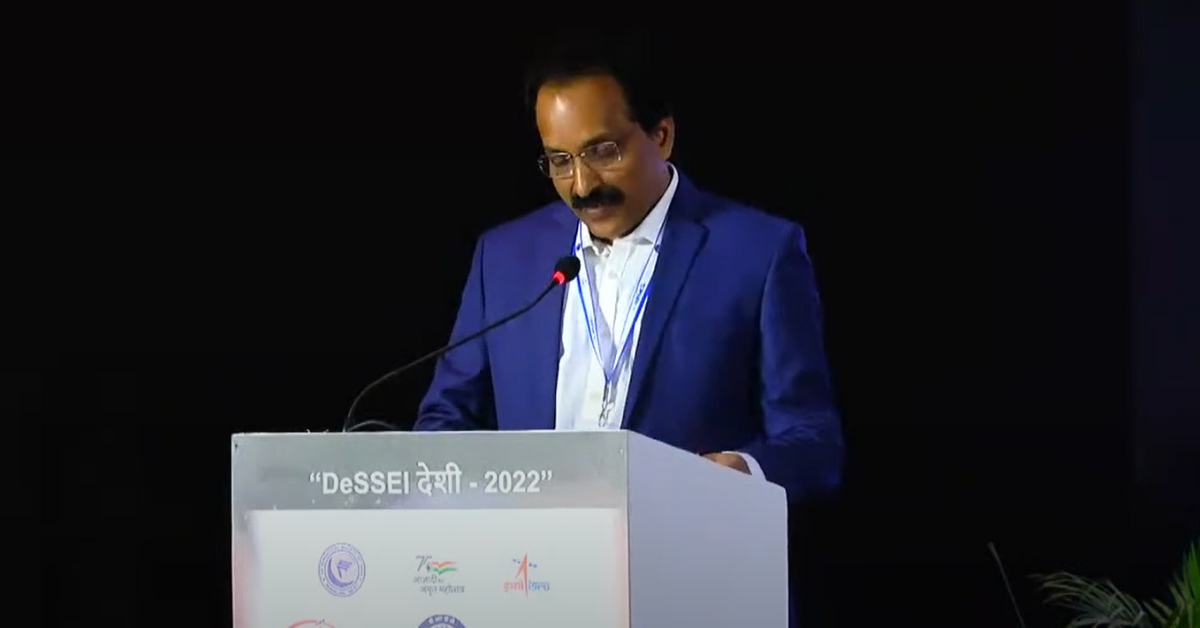 He urged youngsters to enter the Indian space sector by saying, “It is important for youngsters to be part of the space ecosystem, riding on what the ISRO has achieved”

Indian space startups will get the required handholding from the Indian National Space Promotion and Authorisation Centre (IN-SPACe) while practicing free-thinking and entrepreneurship, S Somanath, chairman, ISRO and secretary of the Department of Space said recently.

While addressing at the Development of Space Startup Ecosystem in India (DeSSEI) conference, Somanath said that India is one of the leading countries that are making innovations in spacetechnology. So far, it has built its own launch vehicles, satellites, and several space-related applications.

In essence, spacetechnology is used for travelling into the outer space and also, for other activities such as spacefilght, space exploration and Earth observation.

He further urged youngsters to enter the Indian space sector. “It is important for youngsters to be part of the space ecosystem, riding on what the ISRO has achieved,” Somanath said.

With the participation of millennials in the Indian space ecosystem, Somanath believes that the country’s spacetech will rapidly grow as young minds follow a different approach to resolving problems.

Emphasising the role of the space sector in the Indian economy, he said that the space sector not only builds fantastic rockets but can also resolve global problems. There can be solutions that can help make the internet available to everybody. For instance, how IoT and 5G can merge with space technology and help an individual stay connected with the information highway.

Earlier this month, the Centre announced that it is framing a new space policy focused on boosting the manufacturing of satellites in the Indian private space sector.

During that time, Ajay Kumar Sood, principal scientific advisor to the Indian government, said that consultations have been carried out to frame India’s space policy. In the final stage, the space policy’s draft will be shared with the Empowered Technology Group.

In the last two years, over 55 spacetech startups have got registered with the ISRO and the Department of Space. Of this, 29 startups are satellite-related whilst the remaining 10 develop space applications and products.

Jitendra Singh, the Union Minister of State For Science and Technology, earlier said that the Centre is looking to allow Foreign Direct Investment to bolster investment in the Indian space sector. The bill is anticipated to define FDIs in the country’s space sector and also, specify the role of ISRO for the segment.

‘During the COVID-19 pandemic, ecommerce was a boon for many’ – 15 quotes from India’s pandemic struggle