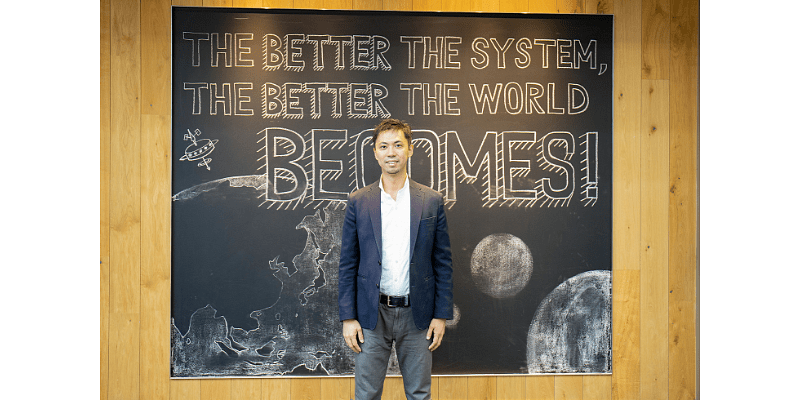 In October 2020, Japanese unicorn Raksul expanded into India by setting up an R&D Center of Excellence (CoE) in Bengaluru. Expanding its geographic footprint beyond its home ground is a significant step for the company. With this move, Raksul became the very first Japanese technology startup to set up its R&D center outside of Japan.

A publicly traded company that is listed in the first section of the Tokyo Stock Exchange, Raksul started its journey in 2009 launched its first offering as a listing and facilitating web service which allowed users to look up and compare the prices of various printing services. Although the service very quickly attracted over a million monthly unique visitors, the founder and CEO, Yasukane Matsumoto was keen to reinvent a new customer experience for printing with improved transactions, service quality and product offerings. A printing services digital marketplace was launched in 2013, where Raksul took in customers’ printing orders on its online platform and then matched them to the printing companies for fulfillment, assuming full responsibility for service quality, payment settlement and customer support. The startup worked relentlessly to develop the market by partnering with small, medium and large printers alike, enabling them and getting them on onboard. Having successfully disrupted a complex and traditional industry like printing, Raksul saw the scope to expand into other industries. It ventured into logistics by launching its Hacobell B2B e-commerce platform in 2015 and followed that with the launch of Novasell – a digital marketplace for TV commercials in April 2020.

After perfecting its platform-based services model for a decade, Raksul now harbors a global ambition, which Yasukane Matsumoto, Founder and CEO says is at the core of the company’s founding vision – ‘Better Systems, Better World.’ The setting up of an R&D Center of Excellence India marks the first step in that direction.

Going global amidst a pandemic

“It was challenging to ensure a seamless setting up of Raksul’s first overseas office because of the pandemic,” shares Matsumoto. “In February last year, during my visit to India and interactions with Zinnov and various tech companies, I met Sanjay Rajasekhar, who today heads Raksul India. But immediately after, the magnitude of the COVID-19 pandemic came to the fore.” By April 2020, the weekly revenue from its printing business had slumped considerably, primarily due to the impact of the pandemic. Despite the challenges, Raksul saw opportunities to add new digital services and disrupt the markets further. It had, a month earlier, launched Novasell – a digital B2B platform that streamlines purchasing of television commercial broadcasting slots, analyzing and visualizing the effectiveness of client’s television commercials and thereby democratizing access to TV commercials for businesses.

So, it was only natural that the company went ahead with its plan to set up the India Center. “We resumed discussions in June 2020, and we started building the India center soon after”, shares Matsumoto.

With 11 members already onboard and several more in the pipeline, Raksul India is all set to become a 25-member team soon. Unlike many overseas startups, Raksul India CoE’s role is not just a talent sourcing center.

“Given the kind of technology and product development and management talent in India, the India CoE will play a major role in launching and driving the growth for our new, fourth business-line.” says Matsumoto.

Given that Raksul India has a prominent role to play in driving the company’s globalization efforts and growth as a global digital platform services provider, Matsumoto doesn’t mince words when he says, “Our selection process is straight-forward but stringent. There is a very high emphasis on the company culture and vision,” he says. “It’s a trust-first culture here at Raksul. There is no scope for micromanagement. It’s all about autonomy, ownership and delivery. This is especially important to deliver on our company vision.” And Matsumoto does walk the talk. He met Sanjay only once before launching the Raksul India – a testament to the trust factor.

Interestingly, Raksul has been able to drive its growth with a lean team. The company’s success has been driven by a core belief that it takes only a small number of people to change the world. And this belief has been translated into action multiple times. However, today Raksul is willing to rewrite that rule. “I have always believed that small teams can do a great job. That’s why our team sizes have traditionally been very small. But today as we plan to go global, I also believe that talent is more important than numbers. The right talent can be the force-multiplier to drive exponential growth.”

In the last 12 years, Raksul’s team, while growing steadily, has remained lean. Currently it has 350 employees, but that is likely to change in the next few years. “We want to grow the Raksul India team to 100+ team over the next two years,” he says.

What going global really means for the Japanese unicorn

For Raksul, its globalization strategy is not limited to expanding its operations footprint geographically; it goes deeper than that and operates at two levels. At the outset, it is R&D globalization – which is about bringing global talent and leadership across tech and management. Going further, it is about the ability to tap into the market opportunities with new ideas, products and business lines, globally. The latter is specifically important, considering that the company so far looked at market disruption within Japan.

Matsumoto substantiates why the global opportunity for Raksul is immense.

“Raksul has reached amazing success within Japan by leveraging everything local – be it the business opportunity, the talent or the leadership. By leveraging global talent, leadership and ecosystem opportunity, the level of success we can achieve is immense. We are looking to create newer business lines which will not only be positioned to transform the Japanese market but also drive transformation globally because of the relevance of its applicability outside of Japan.”

The founder agrees that the globalization goal looks ambitious, especially since the company doesn’t have enough experience in globalization yet, but says, “We have the will.”

After the brief business slump due to the socio-economic impact of the COVID-19 pandemic, Raksul’s growth continues to see an upward trend, averaging at 43.4% CAGR across its three key business lines in printing, logistics and television commercials, the launch of its fourth business-line is in full throttle. While the larger focus will be to continue to drive business growth, the key focus will be on transform and improve by delivering value and not just expanding the business.

Matsumoto also has specific plans for Raksul India. “The first target for the next two years, especially the next couple of months, is to make the Raksul India’s presence felt in Raksul HQ and more importantly in the Japanese ecosystem as a whole.” He shares that while the India team has already begun contributing to this end, with its research and development efforts for the new business-line, it is just a beginning.

“The aim is to make the business-line led by the India team as big as Raksul Printing, Hacobell and Novasell.” It is also looking to bring more global leaders onto its executive leadership suite.

Matsumoto’s high hopes for Raksul India have implications beyond the company. Raksul is setting an example for the Japanese startup ecosystem on how they could leverage the talent and business potential of India. In fact, given Japanese government’s increasing focus on digitalization, Raksul’s success in India and Raksul India’s contribution to the company, could play a defining role in further boosting the India-Japan business relationship, especially from a startup ecosystem point of view.

At this juncture, Matsumoto rewinds a little. “In 2018, I was speaking to CEOs and CTOs of successful startups in South Asia and, one question that I encountered invariably was why we hadn’t gone to India yet. Up until that time, no Japanese Internet company had an India office while companies from the likes of Singapore and Indonesia had a branch or at least an R&D center in India. But look where we have arrived now – India!”

How to Use Data to Inform Your Future Videos –