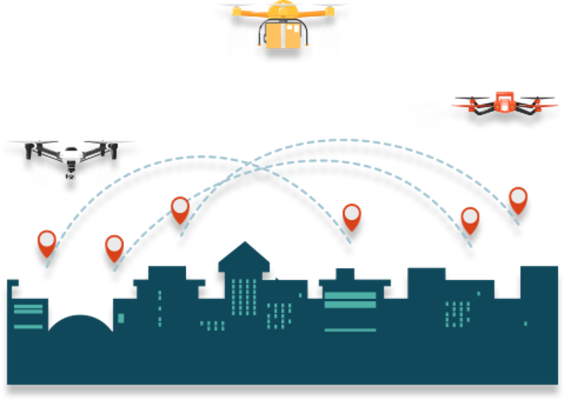 As the use of aircraft like drones, electric vertical take-off and landing vehicles and uncrewed aerial vehicles take off, Japanese startup Terra Drone wants to make sure trafficking the skies doesn’t get overlooked.

“Our airspace is going to get more crowded than ever, but most companies today are concentrating only on hardware development,” said Terra Drone CEO and founder Toru Tokushige, who is also serving as the CEO of Terra Motors, which develops electric vehicles. “There’s an urgent need for a global air traffic management solution to enable safe and efficient drone and urban air mobility (UAM) operations, and Terra Drone aims to be the leading player building the digital infrastructure in the sky.”

Founded in 2016, Terra Drone develops drone software, hardware and uncrewed aircraft system traffic management solutions. The company said Wednesday it has closed a $70 million (8 billion JPY) Series B round led by Mitsui Corporation. The latest round, which brings its total funding raised to $83 million, comes approximately a year after raising $14.4 million Series A in February 2021.

Teppei Seki, COO of Terra Drone, said in an interview with TC that the company will use the Series B to increase its headcount and fuel its global expansion into Europe, the U.S. and Southeast Asia. The funds will also be used to acquire companies in those regions, said Seki, who did not disclose the company’s valuation.

The firm acquired a Netherlands-based drone company, Terra Inspectioneering, in 2018 and invested in Belgium’s drone company Unifly in 2016.

Additionally, the startup says its proceeds will be used to support autonomous beyond visual line of sight technology for drone and air taxi operations through its uncrewed aircraft system traffic management solutions and strengthen the development of Terra’s UAM services.

When asked about its next plan after Series B, Seki told TC that Terra Drone considers going public. The company also could raise another funding before its IPO, Seki added.

Terra Drone has about 500 customers including oil and gas companies like Shell, Chevron, BP, ExxonMobil, ConocoPhillips, Vopak and Japan’s Inpex Corporation as well as chemical companies like BASF and Kansai Electric Power. Seki told TC that the firm also provides its inspection services to food company Bunge and survey services to construction companies.

Notably, the oil and gas industry, mainly focusing on rig inspection for safety and better performance, invests approximately $50.76 billion yearly to monitor onshore and offshore pipelines, according to a report by Fortune Business Insights released in February 2022. Terra Drones can identify defects like corrosion in structures, coating failures, and any other structural damages, Seki said. The global drone surveillance market is expected to grow to $476.5 million in 2028, from $142 million in 2021. The global UAM market is projected to increase to $1.5 trillion by 2040, according to Terra’s IR deck.

Terra Drone is working on projects with a number of Japanese companies and government such as TEPCO, Japan Airlines, KDDI, Japan’s leading telco company, Inpex, and Ministry of Land, Infrastructure and Transport. The startup has also been working with the Japan Aerospace Exploration Agency (JAXA) to coordinate crewed and uncrewed aircraft flight management. 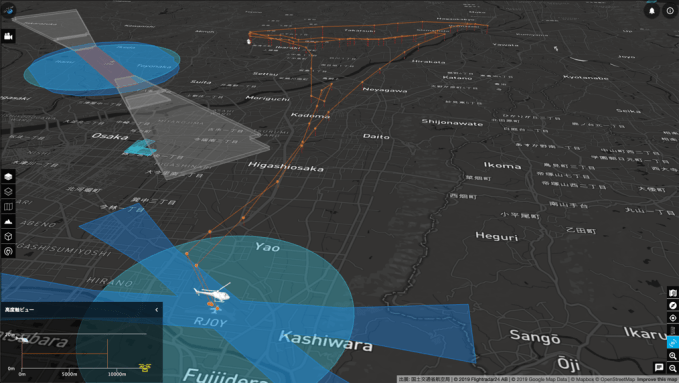 Seki told TC that the company’s key specialization and differentiator is its patented technology that enables the drone to press the ultrasonic testing, or ultrasonic thickness probe, against a surface without the scaffold to measure the thickness of walls.

“A focus on increasing recurring revenue through the sale of survey-grade hardware and software such as Terra LiDAR (light detection and ranging) and Terra LiDAR Cloud, providing specialized services such as ultrasonic thickness (UT) measurements and non-destructive testing (NDT) using drones through our [subsidiary] Terra Inspectioneering; and a strategic consolidation of overseas business has made us well-positioned for success,” Tokushige said. “We will be able to scale up operations and innovation faster.”

Terra Drone has 60 employees, while its subsidiaries have about 500 employees across the globe.