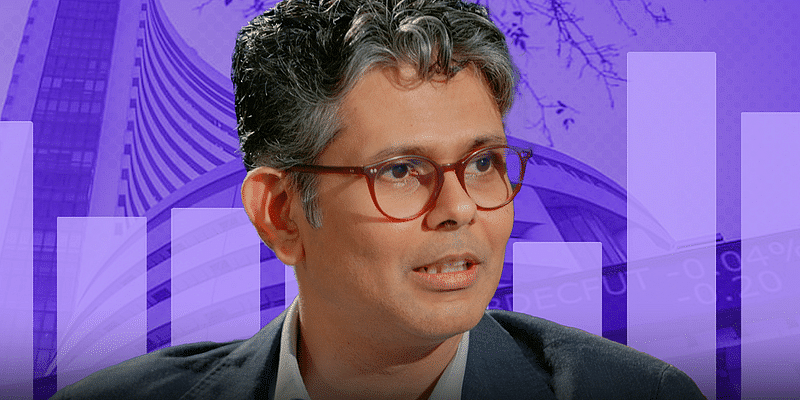 Financial services firm JM Financial will celebrate 50 years of being in business next year. And, Vishal Kampani has had a front row in seeing the company’s legacy and culture take shape over the years.

The term ‘institution’ is often misconstrued as ‘organisation’ but has distinguishable features. In the words of Google, it encompasses an entity with a high degree of sustainability that can be seen as an indispensable part of the large society or community. Adding to the history of Tata, Amul, Hindustan Unilever, and many others in India, JM Financial also symbolises an institution.

As India reinforces its position as the third largest startup ecosystem in the world, the vexing question now is how can these startups eventually transform into ‘business institutions’. Vishal believes that these startup-turned-institutions usually have at their core, specific universally accepted values and norms for which they are revered, have endured long enough, and have contributed profoundly to nation-building at multiple levels.

“India has transcended over time. If you look at all the great men in our dad’s generations, they were tough, long-term oriented, ambitious, worked extremely hard, and most importantly, they were all startup founders. They have built great businesses to last and can survive through time using best practices,” he says.

While exploring the dynamics generated due to changing Indian worldview from Western multinational institutions like ﻿JP Morgan Chase﻿, ﻿Citi Bank﻿, etc., to homemade legacies, particularly in Indian family businesses, JM Financial—carrying half a century of values, philosophy, and relationships—is right at the forefront of India’s growth story.

Vishal, who is now the Non-Executive Vice Chairman, JM Financial, attributes the company’s success primarily to joint venture with Morgan Stanley in 2006.

“It helped us learn a lot about global best practices,” he says. Traditionally, the early years of individuals who eventually build conglomerates are primarily focused on one business. And culturally, JM focussed on Indian corporates and families for the first 25 years, including M&A, capital markets, and equity and debt.

“It takes a decade to build your brand- to bring distribution, all expertise, as well as hiring new talent, managing effectively, and making a franchise successful, and the same is true with us,” he says.

When it comes to building trust, JM has been lucky that the culture was passed on from its founders early on. “The business circle is small, and you should be able to keep things secretive/to yourself,” Vishal says.

Due to such mass usage of the internet, NBFCs and fintech startups have emerged with digitised lending businesses, offering more inclusive access to financial services. The advantages notwithstanding, fintech lending solutions open the door to many risks, introducing vulnerabilities in consumer protection and financial stability.

“Having reach versus being able to lend and manage risk are two different things effectively,” he says. But at the same time, Vishal agrees that Indian banks have become efficient in both. With a combination of reach and state-of-the-art risk management capability fine-tuned over multiple crises over time, Indian private sector banks and PSUs like SBI, ICICI, etc. are using fintech lenders as extended arms to widen their customer base.

“It’s inevitable that both fintech and regulators will make mistakes, evolve, and learn along the way,” he adds.

An IPO boom turned to bust

India’s burgeoning startup ecosystem recently faced a reckoning after closing out a record year for IPOs in 2021. This was accompanied by the hype surrounding the public debut of fintech firm ﻿Paytm﻿ and ecommerce operators ﻿Zomato﻿ and ﻿Nykaa﻿, overshadowing actual returns and profits.

Drawing parallels with the internet IPOs of the US in 1999, which crashed to half their price following the tech boom, Vishal believes it’s a cycle.

“To break out of it, one must understand if the business models are real, which will automatically mandate strong cash flows. And then it’s all about valuation,” he says.The hype was further exacerbated by vast amounts of global liquidity owing to the pandemic.

To answer how one should model investment banking business, “I model my business peak to peak, not QoQ. If I have been able to grow my earnings 15-20% between one peak of the bull market to the next peak, I have been successful,” Vishal adds.

The market has momentarily slowed down from the euphoria. While technology stocks are suffering globally, the plunge in India is harrowing for investors and companies hoping for a coming-of-age period for one of Asia’s fastest-growing startup ecosystems.

At the same time, Vishal is not disheartened and believes that the Indian acclimation to brands like ﻿Uber﻿ and ﻿Zomato﻿ will only further market cap numbers.

Vishal brings up a global investor perspective too. “A year or two down the line, you will see most of these businesses sharpened and closer to cash break-even than what the market is estimating today, and another IPO boom is not far away,” he adds.

According to Vishaal, there is an intrinsic difference in how JM Financial engages with early-stage companies and traditional corporate clients. The company focuses on advisory and agility.

The volatility that bleeds into the market demands all of JMs expertise —n private equity, M&A, debt, etc., which is also precisely how the brand plans to engage with these startups.

“As a bank, we have seen a lot of evolution in many businesses, and we have seen what can go wrong, which is why founders need to have advisors who have seen history. That’s one big difference we bring to the table,” he says.

Agility comes to the forefront as founders often need to make faster decisions owing to the competitive intensity of startups. This is not necessarily true for larger established companies, primarily because of how they are structured and fewer decision-making requirements on the sudden influx of capital.

“Investment banking contributes to almost 50% revenue of JM Financial. We could be late to the new economy, but we are fine, and it’s sort of like the empire strikes back,” he says.

On what works for India @75

Like most views, Vishal Kampani is bullish on India and its future. He reasons it out with a cross-assimilation of three different paradigms — Stability and long-term vision from the government at the center coupled with a corporate sector with low cash balances, barely any leverage, and who are willing to invest and mass flow of consumer households savings to financial instruments.

Moreover, he insists that the availability of domestic capital sources will reduce India’s dependence on foreign capital, making it a 7-8% growth story for the next 20 years.

“Putting together advancements in design, innovation, low-scale labour, and a massive push in terms of energy sources and infrastructure in the country, there’s no reason India can’t be a manufacturing hub in the coming years. The entire world is our market,” says Vishal.

Vishal bets on India becoming one of the best performing markets globally by 2030.

[Funding alert] ixigo raises $53M from GIC, Infoedge, others in pre-IPO funding round

India’s consumer tech industry to grow to a $200-250B opportunity by 2025: Chiratae Ventures report

Free COVID-19 vaccine in Delhi to all above 18 years: CM Kejriwal

Leveraging the benefit of diversification with Axis Equity Hybrid Fund