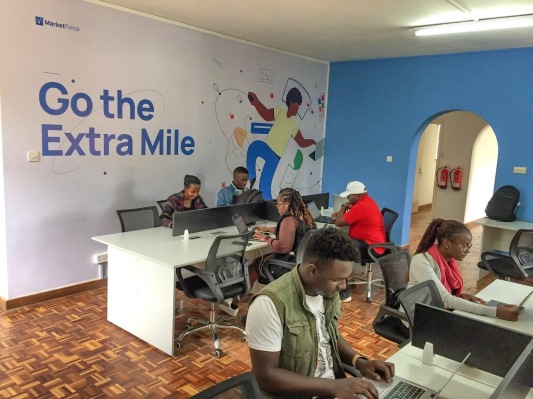 Kenyan retail B2B and end-to-end distribution platform Marketforce laid off a chunk of its workforce in July, according to sources familiar with the matter.

In an email sent from Marketforce CEO Tesh Mbaabu and obtained by TC, the layoffs were a part of a reorganization strategy in Kenya, one of its five markets which include Nigeria, Rwanda, Uganda and Tanzania.

Mbaabu confirmed the news on a call with TC, adding that the company let go of 54 people. Marketforce had more than 600 employees before the event last month, so about 9% of its overall workforce was affected, mainly from field sales, supply chain and customer experience departments.

Some of these roles were instrumental to Marketforce’s growth over the past year as the company concentrated its efforts on onboarding thousands of merchants to its RejaReja platform. However, they had become redundant now that the company wants to drive more revenue per merchant, said the CEO.

This February, Marketforce raised a $40 million Series A in debt and equity (equally shared across the board) from V8 Capital Partners, Ten13 VC, SOSV Select Fund, VU Venture Partners, Vastly Valuable Ventures and Uncovered Fund. Mbaabu founded the company with Mesongo Sibuti in 2018 as a SaaS platform for retail distribution. Two years later, the company launched RejaReja, its asset-light merchant super app and marketplace that informal traders can use to source goods directly from manufacturers and distributors, make and pay for orders digitally and accept payments for utility bills.

Since its launch, RejaReja has grown exponentially, with more than 87,000 orders made through the platform at an average basket value of $151. With a 40% month-on-month growth, it expected to record over $60 million in annualized transaction volumes at the end of last year, the company told TC this February. Some of its competitors include players such as Wasoko, TradeDepot and Omnibiz.

Last year, the four-year-old company said it would introduce buy now, pay later (BNPL) options to help merchants access fast-moving consumer goods (FMCGs) on credit. Marketforce also highlighted expansion into more markets across East and West Africa; however, those plans might be on hold for the time being following this restructuring move in Kenya.

Sources also implied that Marketforce might be struggling with its business as suppliers have begun pulling out. Mbaabu brushed the claims aside by saying, “as part of optimizing for sustainability, we are driving more consignment-based operations and reducing SKUs, meaning less suppliers overall.”

Mbaabu, in the email, reassured employees that the company still has enough arsenal in its coffers and attributed the company’s decision to “adapting to the global economic uncertainties” and “optimizing the business for different growth metrics.” Some roles in the Kenya market will become redundant, and new ones will emerge; all our other markets will not be impacted, he said. According to the CEO, Marketforce has commenced hires in Tanzania to scale its RejaReja product; before now, businesses in the country only had access to the SaaS platform.

To employees impacted by the reorganization, Marketforce said it will:

“To be clear, it is a path to profitability conversation. I think for a lot of people, even internally, it was hard for them to understand why we’ve raised money and have cash but still conduct layoffs,” the chief executive commented on how employees took the news. “But any additional month spent with redundant staff means cutting your runway short. And so, I think that at the end of the day, you need to think about how you conduct layoffs in a humane way. But also ensure that the company’s best interest is at heart.”

Layoffs from the African tech scene have been few compared to the rest of the world. Last week, news of Kenyan logistics platform Sendy laying off employees made the rounds, adding to earlier reports from Swvl, Vezeeta and Wave. This, and the fact that funding data shows the African ecosystem has already seen inflows of around $3 billion in the first half of this year, way more than what the continent raised by this time last year, has compelled many onlookers to express optimism about the region’s chances of coming out of this bear run unscathed.

But while the African tech scene has emerged as one of the most popular tech markets in the world, bustling with opportunities to reshape a global landscape, it might begin to witness a rapidly changing landscape, particularly in the second half of this year as more startups raise bridge rounds, trim staff size and accept lesser valuations. “The moment of truth will be the end of the summer,” Max Cuvellier, co-founder of The Big Deal, told TC in a June interview. “August [and] September in particular because this is when we saw a boom last year.”