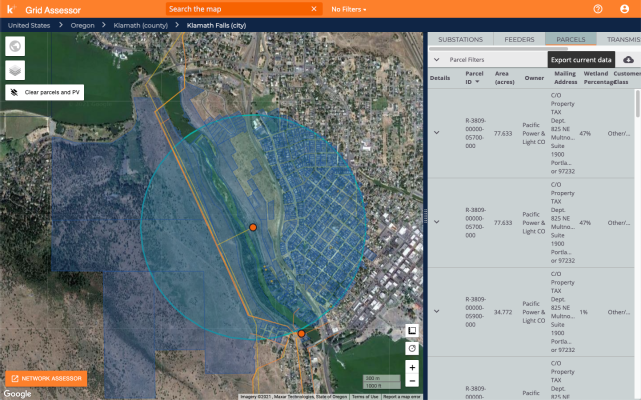 Kevala, the startup that collects and analyzes energy grid infrastructure data for utility companies, renewable energy providers, EV charging companies, regulators and other energy industry stakeholders, has raised $21 million in a Series A round.

The company says it will use the funds to grow its team from 60 employees to around 100 by the end of 2021 and increase the deployment of its grid analytics tools.

Kevala’s Assessor Platform, its interactive cloud-based grid analytics toolbox, allows a range of energy industry stakeholders to leverage massive quantities of data the company has collected from public sources, as well as from its clients, in order to predict and plan for things like “extreme weather events, renewable energy adoption and increasing demand from vehicle, building and industry electrification,” according to a statement released by the company.

Today, there is a greater range of energy sources and receptors than ever before. There’s also more extreme weather conditions, with the latest power outages in New Orleans due to Hurricane Ida being a prime example of ways the current grid system falls short. Visualization software that uses AI to cross reference not only demand on the grid but also other relevant information, like demographics of a specific location, maps of electrical wires and locations of solar panels, is going to be essential for managing it all. Google’s moonshot arm, X, is starting to move into this space via a recent partnership with AES, an electricity distributor. The two will work together to simulate and virtualize AES’s distribution grids in Indiana and Ohio. While Google has big business muscle behind it, Kevala has been working in this space since 2014 and is potentially poised to become an industry leader.

“We’re incredibly excited to partner with the company as it expands into new markets such as cybersecurity and national security, as well as new geographies outside of the United States,” continued Ali.

Kevala already has nearly the entire country mapped in terms of above-ground distribution infrastructure, and is working on expanding its coverage internationally. The company’s data set, which Kevala founder and CEO Aram Shumavon says is in the terabytes range, is largely sourced from publicly available data. That can mean data that’s observable from satellite imagery or found in building permits that allow the company to see things like where wind turbines are located or where rooftop photovoltaic (PV), or solar powered, systems are.

“We can take all the houses in a localized area, check it against the weather, and see what the energy consumption will be, what do we think the PV production would be for all of the PVs on those rooftops, and you can start to see how investments in different technologies will affect the overall loading and utilization of the grid and begin to better understand how resources could be utilized to drive cost savings, or alternatively, might increase the cost of that infrastructure as a whole,” Shumavon told TC.

During a walkthrough of Kevala’s dashboard, Shumavon explained how energy industry stakeholders might be able to, say, predict which neighborhood might see an increase in EV ownership based on household income and other demographics data. From there, visualizing the ratio of electricity to rooftop PVs to other renewable energy is helpful in predicting power usage, but Shumavon took it a step further by playing out a scenario of placing a battery in that location.

“Could I reduce the cost of the grid in this area by limiting the need for building out new infrastructure in the form of wires, and instead shifting that load to another period of time?” said Shumavon. “And that savings can be also calculated for any investment that might be able to provide a similar service, whether it’s a battery or an investment in an energy efficiency measure, or potentially a rooftop PV system or a demand response program where you agree to not charge your car during peak hours.”

That’s just one example of the types of analyses Kevala is performing everyday. The startup also hopes to increase its cybersecurity services to help protect grid infrastructure. Shumavon said one area Kevala is particularly interested in is third-party devices that have the ability to be compromised and potentially used to destabilize the grid. For example, someone with malicious intent might hack into thousands of IoT-connected washing machines and suddenly turn on all of the heating coils in the machine, creating a drastically increased load that can affect both the supply and demand of electricity.

Monitoring a situation like this is usually outside the control of traditional utility control systems, but Shumavon says through overseeing energy use data, Kevala is able to observe anomalies and mitigate them when they happen, as well as plan for attacks on the horizon so stakeholders are ready with an appropriate response. Kevala is also focusing on data privacy.

“We’re seeing increasingly large amounts of information about end-use customers become potentially available when they use electricity and how advanced metering infrastructure, like smart meters, can contain very detailed information about when people consume electricity and how much,” said Shumavon. “Being able to make sure if those data need to be used by third parties that they’re not revealing information that would be considered personally identifiable is another area where we provide service, which is a strong corollary to cybersecurity work. We really see cybersecurity and privacy as two sides of the same coin.”

What You Will Learn From Masterclasses

how to move from individual creativity to innovative organisations