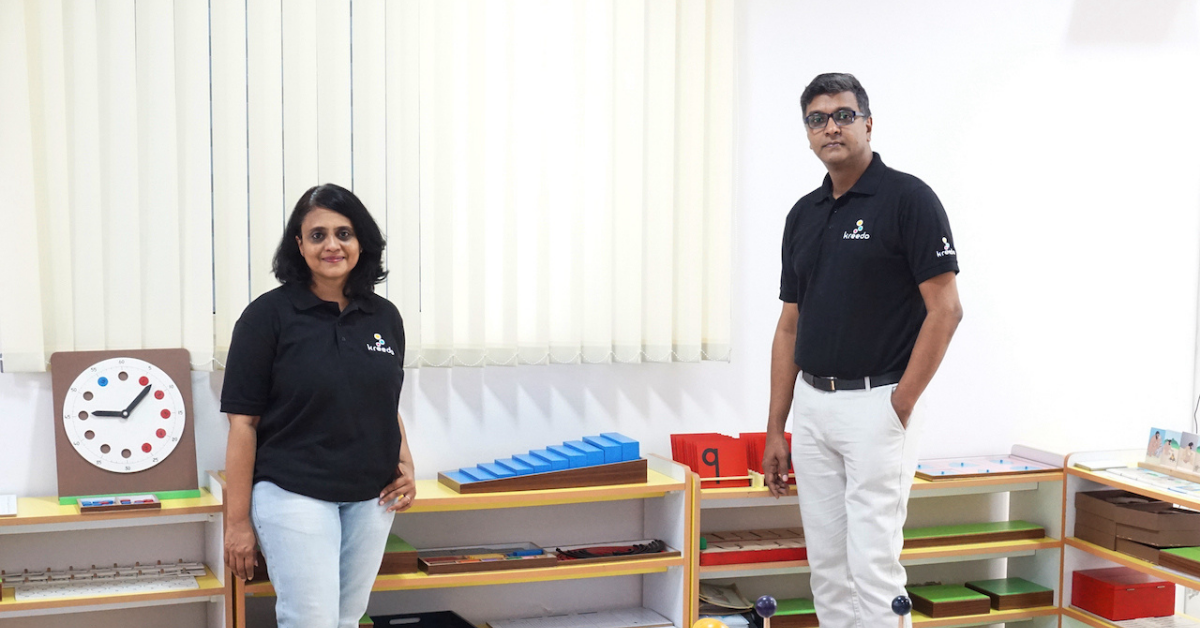 Edtech startup Kreedo has raised $2.3 Mn in its Pre-Series A funding round led by Switzerland- based UBS Optimus Foundation, Spectrum Impact, Gray Matters Capital and 1Crowd.

The round also saw participation from Innospark Ventures, IIM-CAN and The Chennai Angels.

Kreedo will deploy funds to expand business and form partnerships with schools across India.

Commenting on the fundraisings, Mridula Shridhar, CEO of Kreedo, said, “Our vision is to democratize quality early education. We have an overwhelming response from our partner schools who are looking for a simple way to improve foundational learning. The new round of funding will enable us to take Kreedo to over 7000 schools across multiple cities in India”

Founded in 2012 by husband-wife duo Mridula Shridhar and VK Manikandan, Kreedo facilitates K-12 schools in improving their student enrollments and developing curriculum. It also helps in setting up new pre-schools and transforming day-cares into preschools.

In essence, Kreedo changes the curriculum by employing a 6T learning framework that includes play-based learning at its core and includes toys, technology, theory, teacher training, timetable, and teamwork.

Kreedo partners with private schools and preschools and transforms the way learning is delivered in their early years. It has partnered with over 400 schools and more than 1500 preschools to date, according to the statement.

In the edtech sector, it competes with the likes of BYJU’S, Vedantu, Unacademy and Eruditus.

India’s edtech sector got an immense boost in the last two years owing to the pandemic and the closing of schools and colleges. According to an Inc42 report, the country’s edtech sector collectively bagged $1.4 Bn in 2020 and $4.7 Bn in 2021. However, after securing huge investments in 2021, the count of fundraisings by edtech startups has drastically plunged to $1.6 Bn.

Recently, edtech startup Crejo.Fun shut its operations owing to the economic depression and funding winter. Besides, startups – Udayy and SuperLearn have shut operations in the previous month.

The Startup Magazine 5 Construction Industry Trends to Watch in 2022

Is It Worth It For Indian D2C Brands?