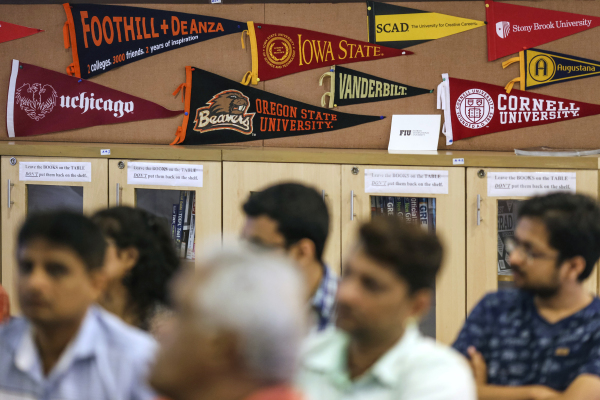 Hundreds of thousands of teenagers and young adults get on flights each year from India to a foreign land to pursue higher education. Upon landing, they face a myriad of challenges: They don’t have a local credit history, so they can’t avail a range of financial services including a loan or a credit card — at least not without paying a premium for it.

For banks and other financial institutions, there is an increased risk when they engage with foreigners, so they charge more. An Indian student studying in the U.S., for instance, borrows money at an interest rate over 13%, compared to their local peers who can secure the same amount of credit, if not more, at less than half of that interest rate.

Leap, a two-year-old startup with headquarters in San Francisco and Bangalore, is attempting to solve this problem and many others. The startup grants loans to students at fair interest rate by evaluating the data they generated — alternative and derived — in India itself.

Since the last time we wrote about Leap, the startup has evolved to address several other problems students face, explained Arnav Kumar, co-founder of Leap, in an interview with TC.

Kumar said Leap today is helping students with guidance on admission, visa, as well as test preparation. But the bigger story here is that Leap has developed a social network of sorts where over half a million students are talking to one another and use the platform’s other services to get admission in a college abroad.

About ten years ago, when I was looking to join an engineering college, I reached out to several individuals who were already studying in the colleges I had shortlisted. Turns out, over a million students in India do the exact same thing each year when they are about to begin their college life. (If I may complete the loop, I did graduate and have a bachelor’s degree in CSE somewhere in the house.)

Kumar said Leap’s community today is replicating the offline-behavior. Some students, to be sure, reach out to others on LinkedIn, or Facebook. But by just focusing on one problem, Leap is attempting to become the community for students who are looking to pursue higher education. (Its pages are indexed on Google search for better visibility.)

There is a massive opportunity for startups to better solve these problems.

“India is the second-largest market globally for overseas enrolment, and in just a decade higher education enrolments are up by 8 million. This presents a huge opportunity in an otherwise fragmented landscape. Leap is addressing this huge opportunity through its end-to-end tech platform and a community-first approach,” said Amit Anand, Founding Partner of Jungle Ventures, in a statement.

Vaibhav Singh, the other co-founder of Leap, said in an interview that students from India take admission in over 5,000 schools and universities abroad to study tens of thousands of courses.

“So the choice spectrum is really, really wide and you need experts who can help you make the right choice. This is the most important decision you or your family will make,” he said.

Investors have spotted an opportunity in this space, too, and are backing Leap. The startup said on Tuesday that it has raised $17 million in its Series B round. The new financing round was led by Singapore-based Jungle Ventures, along with Sequoia Capital India and Owl Ventures. The startup has to-date raised $22.5 million.

The global pandemic prevented many Indian students from traveling abroad. This year, more than 700,000 students are estimated to leave India to pursue higher education. Leap co-founders said they are working to serve 150,000 of such students this year.

“2020 was a tough year for international education with Covid related travel restrictions. We are impressed by the resilience of the Leap team during the last year, where not only have they served hundreds of students with their financing solutions but have also expanded with Leap Scholar providing counselling to thousands of Indian students looking to study abroad. This vertically integrated strategy has materially strengthened the moats for Leap,” said Ashish Agrawal, Principal at Sequoia India, which wrote its first check to Leap before the startup even had a product.