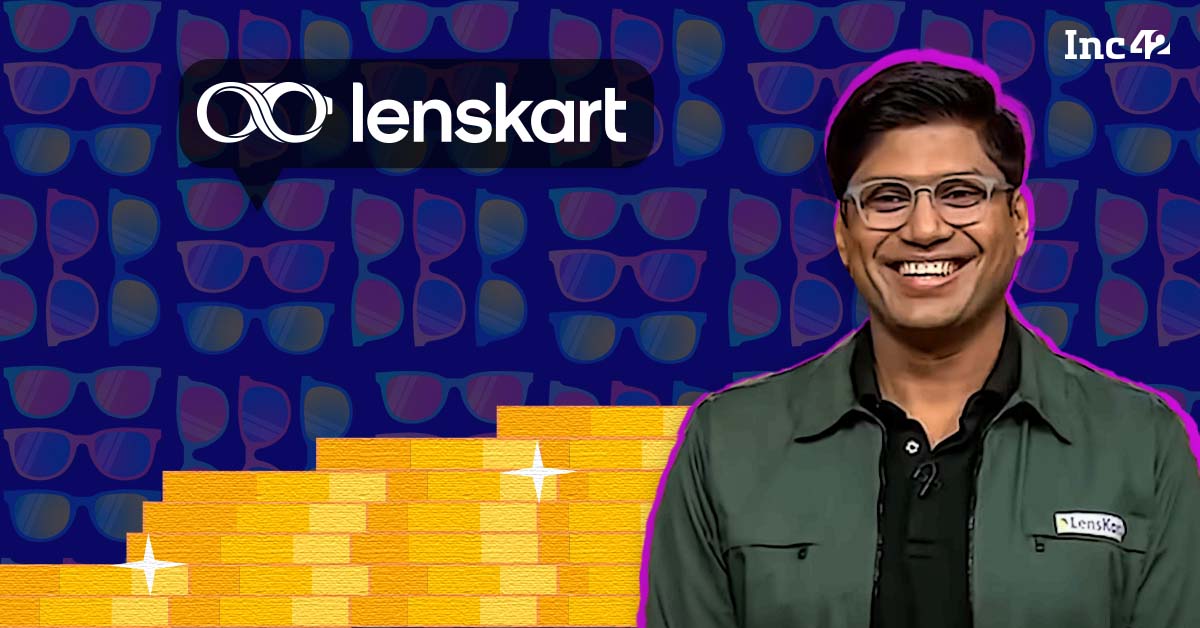 As per Inc42’s estimate, the fresh round was raised at $4.3 Bn valuation

Ravi Modi Family Trust is one of the promoters of Kolkata-based Vedant Fashions which owns brands such as Manyavar, Mohey, and Manthan

Lenskart is also preparing itself for an IPO

The round seems to be part of a bigger round that has been reported earlier and is now coming in tranches. The Peyush Bansal-led startup had earlier raised $100 Mn in a fresh round of investment from Alpha Wave Ventures, and later went on to raise $25 Mn from Epiq Capital and $28 Mn from Avendus Capital. With this tranche, the eyewear startup has raised around $165 Mn from several investors in a year which is witnessing significant low funding due to the economic downturn.

It is to be noted that Ravi Modi Family Trust is one of the promoters of Kolkata-based Vedant Fashions which owns brands such as Manyavar, Mohey, and Manthan.

The fresh tranches of funding are coming a year after it raised $315 Mn at a valuation of $2.5 Bn. The Faridabad-based startup has recently acquired majority stakes in Japanese eyewear brand OWNDAYS for a whopping $400 Mn.

Further Lenskart also has acquired stakes from L Catterton, Mitsui, and Principal Investments. The merged entity is said to have presence in 13 Asian markets including Taiwan, India, Japan, Malaysia, and Indonesia, among others.

Founded in 2010 by Bansal, Amit Chaudhury, and Sumeet Kapathi, Lenskart claims to serve 1,00,000 customers per month. The company boasts of serving more than 7 Mn customers annually through its omnichannel shopping experience, which spans through online, mobile application, and more than 750 stores in 175 cities across the country. The company expanded its business on foreign soil in 2019 when it entered Singapore.

The startup last year had also launched ‘Vision Fund’ where it would invest $2 Mn in selected startups that are synergistic to the eyewear, eyecare, and omnichannel retail sectors.

How Much Does it Cost to Form an LLC? A Guide For Startups