We receive way too many products for testing each month, but unfortunately, it is nearly impossible to review all of them. However, at times, there are some interesting ones that just can’t be ignored regardless of the workload. I came across two such products in the stash recently that I got a chance to experience for a while, and I would like to share my experience in this product showcase. 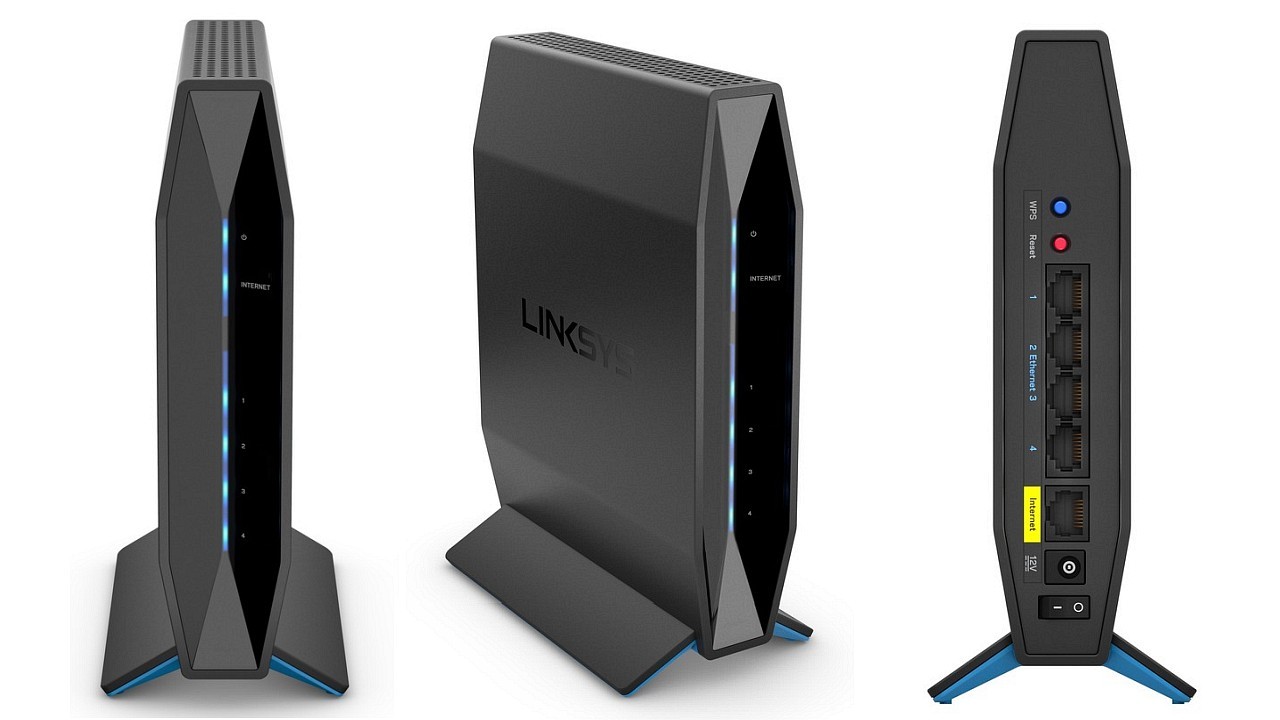 What’s interesting about a Wi-Fi router, you ask. That’s a good question, and the answer is not a straightforward one. The Linksys E5600 does have an eye-catching design and ticks a lot of boxes at a rather reasonable price point, and hence, I thought of taking a closer look at it. More than the router itself (which I will tell you about; of course), here is what got me looking for one like it in the first place.

Internet connectivity at home is getting quicker every year. Thanks to Jio and a couple more ISPs, speeds of 150 Mbps seem to be the new normal. Not all ISPs provide you with a new router, and that is what got me thinking how the good ol’ and dependable N300 router can handle speeds like that and beyond. Now, you may be wondering why one should bother changing their N300 router till the connection speed is under 300 Mbps. Again, a good question, and one doesn’t really need it till the connection speed remains under 100 Mbps.

At the back, you get one WAN and four LAN Gigabit ethernet ports, along with WPS, reset and power buttons. Image: Tech2/Ameya Dalvi

Why 100 Mbps? Because that is what the input (or WAN port) of almost every N300 router is capped at. Thus, if the incoming bandwidth is limited to 100 Mbps by your router, how can you get faster connectivity through it? And so, my search began for an affordable router with a Gigabit (up to 1,000 Mbps) port. Turns out, most of the AC750 routers here also do not have a Gigabit WAN port, and that holds true for a few entry-level AC1200 routers, too. So what we have is a promise of total theoretical throughput of up to 1200 Mbps but input capped at 100 Mbps. That was quite a revelation!

While I was looking up a couple of models from other brands, I came across this router unit with Gigabit ports from a premium brand like Linksys, sporting a modest price tag of close to Rs 3,500. I just had to try it out. The Linksys E5600 is a dual-band AC1200 Wi-Fi 5 router without a modem and supports 802.11 A/B/G/N and AC wireless standards. For a budget Wi-Fi router, it looks quite cool, has a sturdy build and comes with internal antennas. Given that it can be placed vertically, it saves some real estate on the desk, too, where I generally place my router. At the back, you get one WAN and four LAN Gigabit ethernet ports, along with WPS, reset and power buttons.

The AC adapter is bundled in the package along with an ethernet cable, which is a bit too short for my liking (barely three feet in length). At the front, you get LEDs that show you the status of power and internet connectivity. When everything is fine and the router is connected to the internet, all LEDs glow blue. If the internet is down, that particular LED glows orange. Pretty simple, isn’t it? The simplicity extends to the router setup as well. Just follow the instructions and you are good to go within minutes, even if you are no networking expert. The subject matter experts may find the configuration options a bit too basic, but then, this router is meant for an average home user.

The Linksys E5600 lets you set up two different networks with different SSIDs and passwords – one for 2.4 GHz and one for 5 GHz. You can also create a guest network for up to 10 devices if you do not wish to give your guests access to the main network. Each of the home networks can handle 10+ devices simultaneously; I tried connecting eight at one point — smartphones, smart TVs, laptops, and they all worked perfectly without any stutter or connection drop. The range of the router is decent but not drastically better than my existing TP-Link N300 router in my two-BHK flat. Strangely, I found the range of the 2.4 GHz as well 5 GHz network on this Linksys router to be quite similar. Generally, the former is supposed to have better reach, and the latter, a better throughput.

The Linksys E5600 can go as high as 300 Mbps on the 2.4 GHz band and up to 866 Mbps on the 5 GHz band. Unfortunately, I did not have access to Gigabit internet at the time of testing to push the router to its limits. However, there was a noticeable jump in performance on my 200 Mbps connection on the Linksys as compared to my N300 router. While my old router used to limit the connection at about 90 Mbps, this one could go as high as 160 Mbps on the same line. There was a significant jump in Wi-Fi speeds at different places in my house, too.

All in all, the Linksys E5600 is a simple but stylish Wi-Fi router that can provide a significant bump in performance if you have a connection faster than 100 Mbps and are stuck with an N150 or N300 router. It sells for Rs 3,699 with a three-year warranty and can often be bought for a couple of hundred rupees less on Amazon India, which makes it a good upgrade.

Claw Shoot is essentially a wireless Bluetooth gaming controller for Windows PC and laptops. But what caught my attention was the fine print that read ‘For Mobile and PC’. Yes, this gamepad works perfectly fine with Android devices as well – not just smartphones but Android TVs, too. I was keener on the TV part as I don’t enjoy gaming on a phone. For those who do, the company bundles a holder/stand for the phone to make the whole setup feel like a portable gaming console. To connect it to the PC, you get a USB Bluetooth dongle in the package. The instructions leaflet is quite informative, and it’s advisable to read it before you configure the controller.

The gamepad has a micro-USB port for charging, and while the necessary cable is bundled, you can use any micro-USB phone charger to juice it up.

The Claw Shoot gaming controller has excellent build quality and feels reassuring to hold thanks to the quality plastic and rubberised grips used. The buttons, D-pad and the sticks also have a good feel, the right amount of resistance, and the weight is spot on, too. The design is largely inspired by that of the Xbox controller, but it’s not a bad device to draw inspiration from. The gamepad has a micro-USB port for charging, and while the necessary cable is bundled, you can use any micro-USB phone charger to juice it up. The company claims a battery life of up to 10 hours on a full charge, which is pretty decent.

Time for some gaming. All I had to do was get this controller in pairing mode by pressing the X and Home keys, find it on my Android TV’s list of Bluetooth devices and I was good to go. I played Beach Buggy Racing, Badland and a few more games on the TV and the experience was thoroughly enjoyable. The controls were easy to configure; most of the time the default controls were good enough. The gamepad is highly responsive and there was no noticeable delay between button presses and resulting on-screen actions. The connection stayed strong throughout. Five minutes of inactivity puts the controller in sleep mode to save battery, which is a good thing. Reconnecting after waking it up was hassle-free.

When not playing games, this wireless gamepad can also be used as a secondary remote for the TV, but I still prefer the original TV remote. All said and done, this is a nice little device to convert your TV into a casual gaming console or enjoy your games on the smartphone a lot better than using on-screen controls. The Claw Shoot wireless gaming controller is priced at Rs 1,490 and is covered by a one-year warranty. Quite a reasonable option if you are looking for a versatile wireless gamepad that’s compatible with both Windows and Android devices.