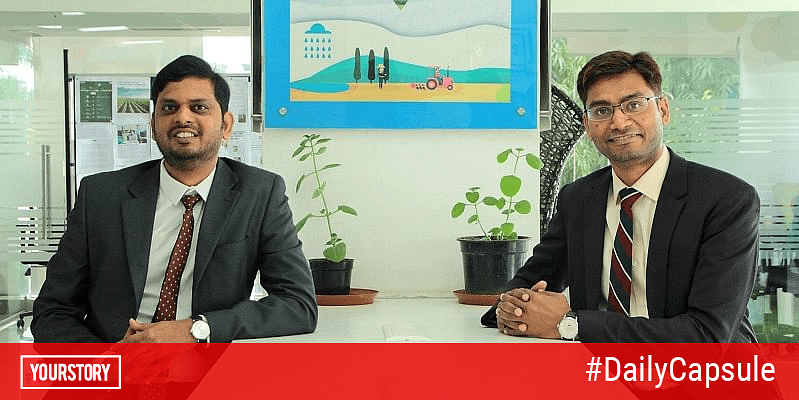 If the late-2000s and early 2010s were about the rise of consumer internet and poster boys in ecommerce, foodtech, and mobility in India, and the mid-to-late 2010s, especially post-demonetisation, about fintech explosion, then surely this decade could be about the rise of tech-enabled agriculture.

One of the companies leading tech-enabled agriculture is CropIn.

Founded in 2010 by first-time entrepreneurs Krishna Kumar, Kunal Prasad, and Chittaranjan Jena (who left the company in 2019), the startup was launched at a time when nobody in India — or even in the developed world — was using technology in agriculture.

Ten years since its inception, CropIn has digitised 13 million acres of farmland across six continents and touched over 4 million farmer lives. Almost 60 percent of its annual revenues today come from international markets.

The Times of India was born as The Bombay Times and Journal of Commerce in 1838 in pre-Independent India. For Times, that “ability to influence” has stayed constant even after nearly two centuries. But, the modes, means, markets, and monetisation have changed.

Staying “relevant” has been the Times Group’s defining force. It has gone from being the harbinger of socio-political change in the 19th century to an enabler of nation-building in the 20th century to a platform driving India’s journey towards a digital superpower in the 21st century.

How a small-town boy hustled his way to the US

Ashish Garg grew up in the small town of Dehradun, in a middle-class household, where his father was a bank clerk, and mother, a homemaker. Learning the spirit of entrepreneurship and perseverance from his father, he graduated with a degree in Electronics and Instrumentation Engineering from BITS, Pilani.

In 2013, he co-founded Eltropy, a global software-as-a-service (SaaS) startup that enables businesses to connect with their customers on SMS (short messaging service) and text messaging apps. Within 18 months of launch, the startup landed a million-dollar deal.

Hanugen Therapeutics is developing a cure for Duchenne Muscular Dystrophy

India has about five lakh cases of Duchenne Muscular Dystrophy (DMD), one of the various forms of muscular dystrophy that affects boys primarily, and causes progressive weakness.

Doing their bit to help find a cure for the rare genetic disease, Bengaluru-based Hanugen Therapeutics is developing innovative oligonucleotide-based therapeutics to solve the problem. The startup was founded in 2017 by Dr Arun Shastry, Ravdeep Singh Anand, and Manjula Muniraju. Read more.

“I think we have a duty to maintain the light of consciousness, to make sure it continues into the future.”

The Startup Magazine Essential Skills for Building a Successful Startup

Everything You Need to Know About Online Casinos

Government to provide Rs 4,500 Cr booster to vaccine manufacturers for ramping up capacity

Virtual events startups have high hopes for after the pandemic – TechCrunch