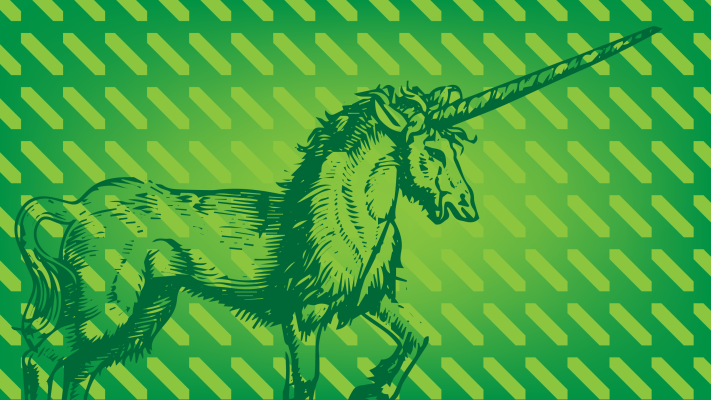 For Kate Ryder, the founder of women’s health clinic and benefits platform Maven, business is personal. During the first year of building her company, Ryder experienced a miscarriage. Maven began offering support for pregnancy loss and high-risk care management as the founder herself waded through the emotions and confusion of it.

Ryder was then a Maven “customer” for her following three pregnancies, using the platform for after-hours advice, virtual access to specialists or, more recently, guidance on how to prepare for a breech birth. As a founder-turned-repeat-customer, Ryder gained a key perspective on parenthood: it’s a diverse experience.

The insights were poured back into her business, a platform that offers services addressing everything from fertility to family care. And today, Maven is making history in its own way.

Maven announced that it has raised $110 million in a Series D financing co-led by Dragoneer Investment Group and Lux Capital. BOND also participated in the round, alongside existing investors, including Sequoia, Oak HC/FT and Icon Ventures. Oprah Winfrey also invested in the round, bringing Maven’s total known funding to date to $200 million.

After raising one of the largest Series C rounds for women’s health startups in 2020, Maven’s latest financing came after some strong growth.

The startup said that it has partnered with five new Fortune 15 clients, including Microsoft, and has achieved a near 100% retention rate. While the company didn’t disclose client growth more specifically, it did say that membership in its employer and payer-sponsored clinical problems increased 400% year over year — suggesting that revenue similarly grew as the company hit larger scale.

While COVID-19 refocused women’s health as a top priority, Maven began when that wasn’t a baseline assumption. The company was founded in 2014 to help working women plan and start families. It started by selling to employers as a benefits platform, which it still does today — the idea being that women could turn to their employers to get access to a network of women’s health and family health provider networks.

The focus has aged well as companies rethink health benefits in the wake of the coronavirus, which has disproportionately seen women depart from the workforce. Ryder says this wasn’t always the case, noting how many rejections she got in the early years of building.

After five years, Maven has grown to offer support services ranging from preconception to post-pregnancy to family care. Companies are able to offer their employees access to 30 different provider types, which include OB-GYNs, pediatricians, therapists and career coaches. Because the options can be overwhelming, Maven also introduced care advocates — people whose entire job it is to support existing patients in navigating the resources.

“For anyone who says that telemedicine isn’t important in this user journey is somebody who is not really deeply immersed in the needs of the patient,” Ryder said. “A new mom, particularly in childbirth recovery, has a baby and can’t really get out of bed and has all of these needs… There’s no better time to use telemedicine.”

More than 2,000 doctors, caretakers and specialists exist in Maven’s network, a total that represents over 250 subspecialties, from egg donor consultants to fertility awareness educators. The startup has served over 10 million women and families to date.

A growing focus for Maven is being able to match its members to providers who are culturally aware and relatable to them. Black women, for example, face higher mortality rates compared to their white counterparts — a factoid that seeded another startup, Expectful, to pivot its focus.

Ryder said that 40% of Maven’s providers are BIPOC, and can speak across 30 languages.

Even with the introduction of white-labeling services that make it easier for competitors to spin up telehealth services overnight, Ryder said Maven wants to stick to hiring in a more incremental way. The startup accepts about 35% of provider applications that it gets, she said.

“If we were starting today, we’d look at [outsourcing] platforms because we’d need it to compete in the market — we have the benefit of starting in 2014, when we were able to take our time and just be really thoughtful about the types of providers that work with Maven.”

The rise of competition makes Maven’s status as a unicorn more broadly relevant, with investors thinking it could prove opportunity in women’s health and give the growing sector a fresh consolidator to acquire some startups.

Maven’s raise wasn’t only a milestone from a fundraising perspective, but also a board perspective. Most of the startup’s investors are women and mothers, she noted — a bright spot when looking at data that suggests that nearly half of private companies don’t even have a woman on the board at all.

Deena Shakir, partner at lead investor Lux Capital, said this was her largest check to date into a startup.

“The idea of the woman as the primary decision maker in healthcare is just part of my overall thesis around women’s health,” Shakir said. “A woman is more than just, obviously, her reproductive identity — that’s for sure.” As well-funded startups in the mental health and musculoskeletal worlds — two other top priorities for employers — kept growing, Shakir felt like maternal health was the last top cost center that employers needed to address.

Maven is compelling to Shakir because of how comprehensive it is, which she thinks is increasingly important as new vendors and point solutions enter the market and exhaust employers through decision fatigue.

“It’s not just in maternity and it’s not just in fertility, and not just in pedes or mental health,” she added. Maven’s language is already starting to look more broad in branding, moving from women’s health to family and child health. “There’s also male infertility, couples therapy, and beyond the gender binary…it’s very sensitive to providing inclusive care for everyone.”

Ro’s acquisition of Modern Fertility showed that hormonal health and women’s health are being looked at as an attractive opportunity for digital health startups more broadly.

Christina Farr covered the rise of digital health as a journalist for CNBC before leaving her post to become an investor at OMERS Ventures, which does not have a stake in Maven.

As a reporter, Farr said that one of the things she would often hear is that women’s health was too niche as an investment category.

“Which is obviously upsetting, and just not true,” Farr said. “How could you ever refer to 50% of the population as niche on top of the fact that women are the primary buyers of healthcare services in their household — to me that’s just an ignorant perspective.”

Farr said that she’s not aware of any other companies in the digital health, women’s health space that have raised this much money with a female-founder. “I believe at this stage, the CEO became a man,” she said, of another startup. Long-term, Farr thinks that Maven has the potential to bring together a lot of the different point solutions for women and family health under one roof, whether it’s postpartum recovery or physical health.

“In my mind, these companies can exist in their own right, but there’s also an incredible value to pulling together all of us in one kind of platform in one place,” she said. “I think a big kind of potential area for Maven is to be a navigator for all the women’s health solutions that are out there.”

Ryder maintains that her personal experience has given her a lot of opinions — ones that she thinks have helped the company stay focused, even in the wake of new competition and potential acquisitions.

“We know what we stand for, we know what we do for patients, we know that our care model works, and so we’re unwilling to kind of bend,” she said. “If there’s the latest shininess that everyone goes rushing for that doesn’t help the patient, then we’re not going to run towards it.”

How to Choose a Nursing Home Neglect Attorney