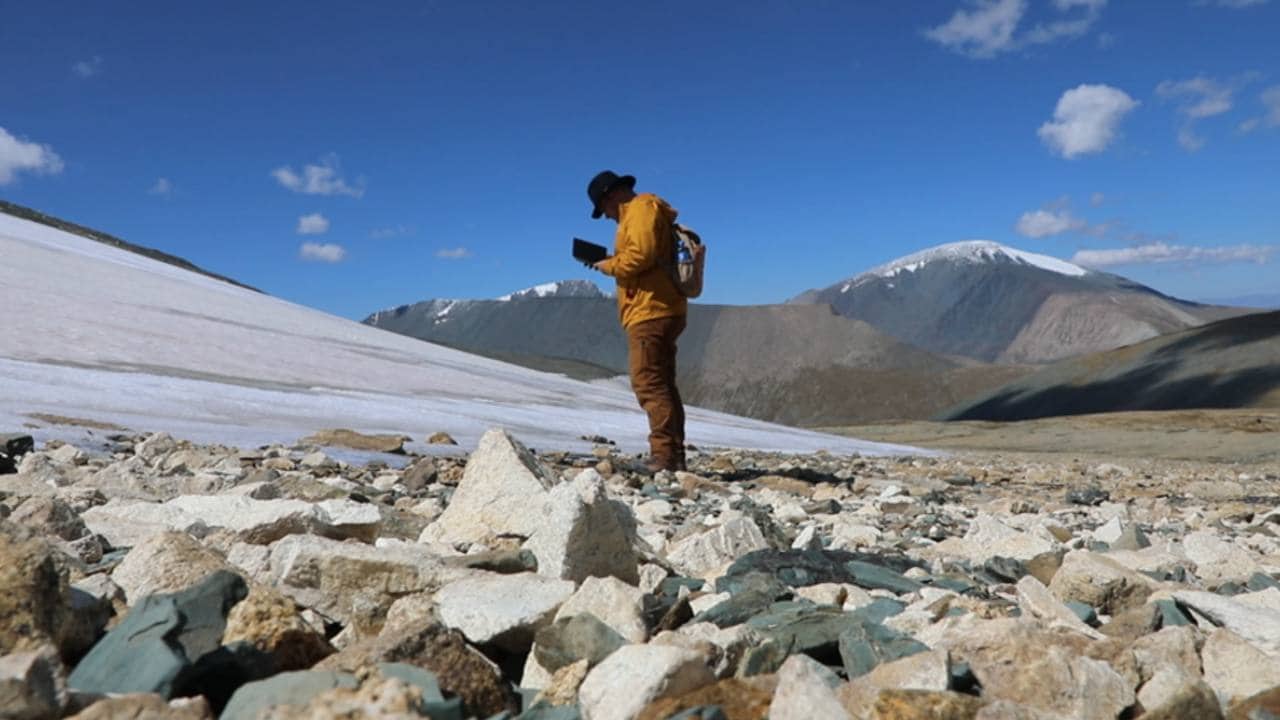 In the world’s high mountain regions, life needs ice. From the Rockies to the Himalayas, glaciers and other accumulations of snow and ice persist throughout the year. Often found on shaded slopes protected from the sun, these ice patches transform barren peaks into biological hot spots.

As an archaeologist, I value these snow and ice patches for the rare peek they can provide back in time through the fog of alpine prehistory. When people lose objects in the ice, ice patches act as natural deep freezers. For thousands of years, they can store snapshots of the culture, daily life, technology and behaviour of the people who created these artefacts. Frozen heritage is melting from mountain ice in every hemisphere. As it does so, small groups of archaeologists are scrambling to cobble together the funding and staffing needed to identify, recover and study these objects before they are gone.

Alongside a group of scholars from the University of Colorado, the National Museum of Mongolia and partners from around the world, I’m working to identify, analyze and preserve ancient materials emerging from the ice in the grassy steppes of Mongolia, where such discoveries have a tremendous impact on how scientists understand the past.

Life at the ice’s edge

During the warm summer months, unique plants thrive at the well-watered margins of ice patches. Large animals such as caribou, elk, sheep and even bison seek the ice to cool off or escape from insects.

Because ice patches are predictable sources of these plants and animals, as well as freshwater, they are important to the subsistence of nearby people nearly everywhere they’re found. In the dry steppes of Mongolia, meltwater from mountain ice feeds summer pastures, and domestic reindeer seek out the ice in much the same way as their wild counterparts. Climate warming aside, ice margins act as magnets for people – and repositories of the materials they leave behind.

It’s not just their biological and cultural significance that makes ice patches important tools for understanding the past. The tangible objects made and used by early hunters or herders in many mountainous regions were constructed from soft, organic materials. These fragile objects rarely survive erosion, weather and exposure to the severe elements that are common in alpine areas. If discarded or lost in the ice, though, items that would otherwise degrade can be preserved for centuries in deep-freeze conditions.

But high mountains experience extreme weather and are often far from urban centres where modern researchers are concentrated. For these reasons, significant contributions by mountain residents to the human story are sometimes left out of the archaeological record.

For example, in Mongolia, the high mountains of the Altai hosted the region’s oldest pastoral societies. But these cultures are known only through a small handful of burials and the ruins of a few windswept stone buildings.

More artefacts are melting out of the ice

One of our discoveries was a finely woven piece of animal hair rope from a melting mountaintop ice patch in western Mongolia. On the survey, we spotted it lying among the rocks exposed at the edge of the retreating ice. The artefact, which may have been part of a bridle or harness, appeared as though it might have been dropped in the ice the just day before – our guides even recognized the technique of traditional manufacture. However, scientific radiocarbon dating revealed that the artefact is actually more than 1,500 years old.

Objects like these provide rare clues about daily life among the ancient herders of western Mongolia. Their excellent preservation allows us to perform advanced analyses back in the lab to reconstruct the materials and choices of the early herding cultures that eventually gave rise to pan-Eurasian empires like the Xiongnu and the Great Mongol Empire.

For example, scanning electron microscopy allowed us to pinpoint that camel hair was chosen as a fibre for making this rope bridle, while collagen preserved within ancient sinew revealed that deer tissue was used to haft a Bronze Age arrowhead to its shaft.

Sometimes, the objects that emerge end up overturning some of archaeologists’ most basic assumptions about the past. People in the region have long been classified as herding societies, but my colleagues and I found that Mongolian glaciers and ice patches also contained hunting artefacts, like spears and arrows, and skeletal remains of big game animals like argali sheep spanning a period of more than three millennia. These finds demonstrate that big game hunting on mountain ice has been an essential part of pastoral subsistence and culture in the Altai Mountains for thousands of years.

But the clock is ticking. The summer of 2021 is shaping up to be one of the hottest ever recorded, as scorching summer temperatures fry the rainforests of the Pacific Northwest and wildfires ravage the Siberian Arctic. The impact of escalating temperatures is particularly severe in the world’s cold regions.

In the area my colleagues and I study in western Mongolia, satellite photos show that more than 40 percent of the surface cover of ice has been lost over the past three decades. After each artefact is exposed by the melting ice, it may have only a limited window of time for recovery by scientists before it is damaged, degraded or lost because of the combination of freezing, thawing, weather and glacial activity that can affect previously frozen artefacts.

Because of the scale of modern climate change, it’s difficult to quantify how much material is being lost. Many of the high mountains of Central and South Asia have never been systematically surveyed for melting artefacts. In addition, many international projects have been unable to proceed since summer 2019 because of the COVID-19 pandemic – which has also prompted reductions, pay cuts and even complete closures of archaeology departments at leading universities. In addition to human-made artefacts left behind in the snow, ice patches also preserve “ecofacts” – natural materials that trace important ecological changes, like shifting tree lines or changing animal habitats. By collecting and interpreting these datasets along with artefacts from the ice, scientists can gather insights into how people adapted to significant ecological changes in the past, and maybe expand the toolkit for facing the 21st-century climate crisis.

Meanwhile, the plant, animal and human communities that depend on dwindling ice patches are also imperiled. In northern Mongolia, my work shows that summer ice loss is harming the health of domestic reindeer. Local herders worry about the impact of ice loss on pasture viability. Melting ice also converges with other environmental changes: In western Mongolia, animal populations have dramatically dwindled because of poaching and poorly regulated tourism hunting.

As soaring heat exposes artefacts that provide insights into ancient climate resilience and other important scientific data, the ice loss itself is reducing humanity’s resilience for the years ahead.

The James Webb telescope that brought us an image of how the universe looked 13 billion years ago- Technology News, FP