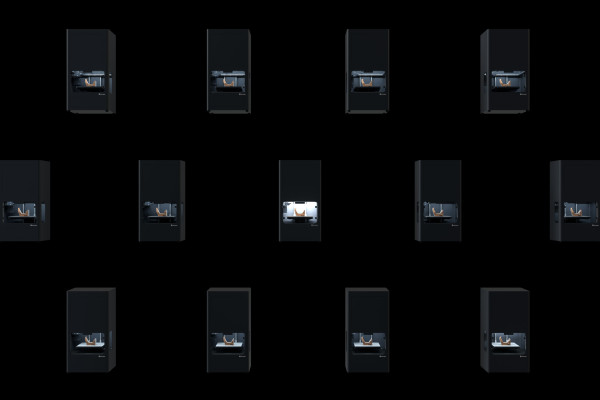 Big morning for Massachusetts tech companies planning to go public via SPAC. Shortly after Berkshire Grey unveiled its intentions, Watertown-based Markforged has announced its own plans. The metal 3D printing company intends to merge with ONE, a special purpose acquisition company created by Kevin Hartz, who will join its board.

The deal, which could value the additive manufacturing company at around $2.1 billion, would bring in around $400 million in cash. Markforged plans to use the money on R&D for new products, materials and building out new verticals for its tech. Shai Terem will stay on as CEO.

“We’ve been at the forefront of the additive manufacturing industry,” the executive said in a release tied to the news, “and this transaction will enable us to build on our incredible momentum and provide capital and flexibility to grow our brand, accelerate product innovation, and drive expanded adoption among customers across key verticals.”

The company says its technology has been used to print north of 10 million parts since its 2013 founding, with its machines deployed in some 10,000 locations across 70 countries. Last year, it pulled in around $70 million in revenue. It has raised north of $136 million thus far, including an $82 million round back in 2019.

3D printing has seen some strong growth in recent years, and that’s expected to continue as companies look to the technology to expand beyond the rapid prototyping for which it’s best known. Metal printing from the likes of Markforged and competitors including Desktop Metal are seen as an important step, offering far more durability than plastic deposits.

SPACs are, of course, becoming an increasingly popular route for taking companies public. Hardware makers haven’t been a huge player thus far (with a few exceptions like smart lock mater, Latch), though that looks like it may be changing. The deal is expected to close over the summer.

How To Develop A Working Prototype Of Your IoT Startup Idea?

Catapulting EVs into the mainstream