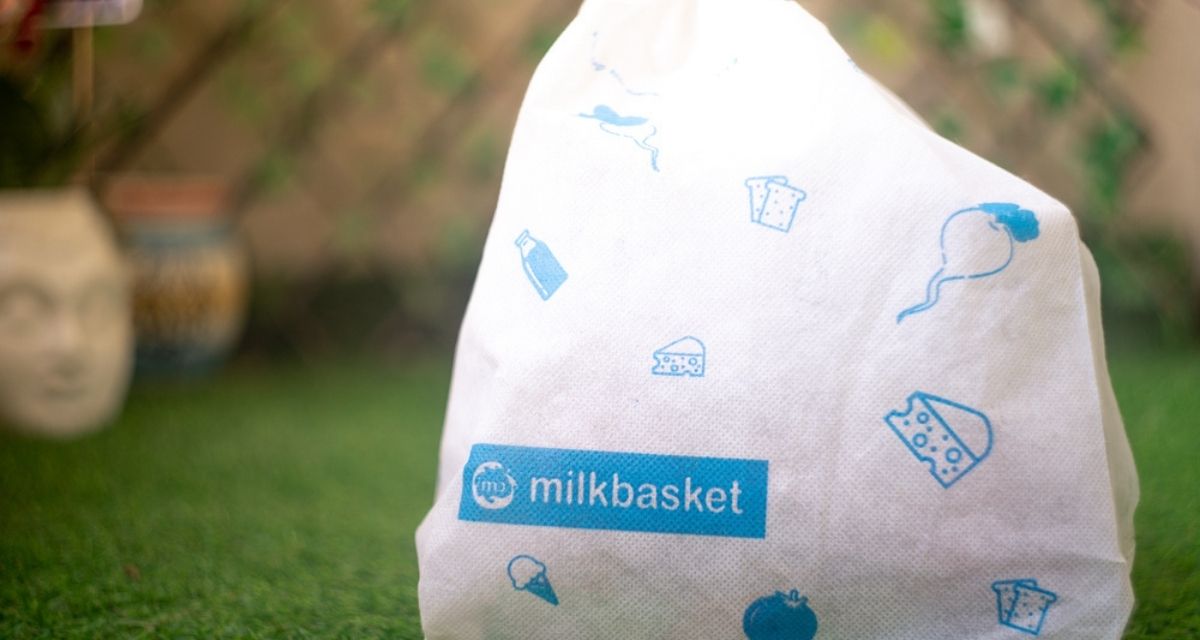 90% of the company’s spending went into the purchase of stock-in-trade, while advertising added another 2.4%

Despite a strong performance, MilkBasket said it is not certain about when will it be able to attain profitability and positive operating cash flows

Gurugram-headquartered hyperlocal delivery startup Milkbasket has reported a 3.8X spike in its revenue in the financial year 2020 that ended in March last year. The company noted revenue of INR 322 Cr in FY2020, of which 99.9% (INR 321.7 Cr) was earned through operations.

Founded in 2015 by Anant Goel, Ashish Goel, Anurag Jain and Yatish Talvadia, Milkbasket caters to household grocery needs. The company claims to have set up an advanced and deep technology across the full-stack supply chain from sourcing to last-mile delivery.

As of June 2020, it serves over 130K households and offers over 9,000 products across fruits & vegetables, dairy, bakery and all other FMCG categories. It is currently operating in Gurugram, Noida, Dwarka, Ghaziabad, Hyderabad and Bengaluru.

Despite a strong performance in FY2020, MilkBasket is not sure about when will it be able to attain profitability and positive operating cash flows.

The company, in its financial statement of FY2020, noted that “While the Company has registered significant growth in business over the years, it has also incurred significant losses in the past to invest in growth. These events or conditions along with other conditions such as accumulated losses, complete erosion of net worth and negative working capital position as of the balance sheet date, indicate that a material uncertainty exists that cast significant doubt on the Company’s ability to continue as a going concern and therefore it may be unable to realize its assets and discharge its liabilities in the normal course of business.”

Its spending on employee benefits doubled to INR 4.69 Cr with a similar amount spent on salaries or commission paid to its sales agents.

MilkBasket Stuck In Acquisition Muddle In 2020

The growth potential of Milkbasket has garnered the interest of several companies, including grocery delivery unicorn BigBasket and Mukesh Ambani-led Reliance Industries, both of which have been reported to be in talks to acquire the company. However, the prospective deals seem to have fallen through after Milkbasket’s founders and board of directors disagreed with the valuation being offered.

According to the media reports published last year, BigBasket had valued Milkbasket at about $15 Mn. Besides this, even Amazon, Swiggy and Dunzo had been looking to acquire the company, but none of the deals worked out.

But there have been bigger troubles mounting in Milkbasket beyond its valuation. Last year, early-stage investor Kalaari Capital reportedly hurriedly sold its 15.26% stake to Mahendra Nahata-led MN Televentures for INR 60 Cr without the consent of other board members. Reports suggest that Milkbasket’s founders approached Kalaari to buy out its stake for INR 70 Cr, but the offer was turned down.

The investment firm went ahead with the deal with MN Televentures, which is owned by Nahata, managing director of Himachal Futuristic Communications and a board director of Reliance Jio Infocomm, which is part of Jio Platforms. This was a hindrance for many new investors that wanted to come on board as they consider MN Televentures’ Nahata to be closely associated with Reliance Industries, which has created a potential conflict for them.

But now, Milkbasket may be forced to resume acquisition talks with Reliance Industries soon as part of its rescue plans.

Though Kalaari Capital, which invested about INR 41.9 Cr in Milkbasket, managed to make returns with the hurried exit, the same may not be possible for other investors in case the company is valued too low in the potential acquisition talks. The company’s investor base includes EVC Ventures, Blume Ventures, Unilever Ventures, Mayfield Fund, Inflection Point Ventures and InnoVen Capital.

Klarna reportedly close to raising new funding round at nearly $50B valuation; looks to create 500 new jobs in Madrid

The Top Advancements in the Haircutting Industry

Nykaa Secures $9.5 Mn In Series B From HNIs