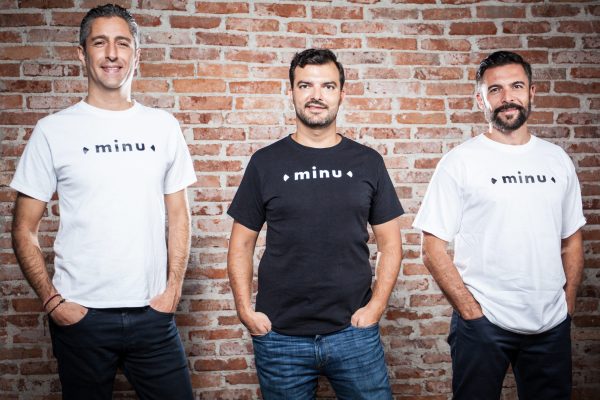 Many of the startups raising capital in Mexico are focused on financial inclusion, aiming to level the playing field in a country that is largely unbanked and has a burgeoning middle class.

One such company, minu, a Mexico City-based, pay-on-demand startup, announced Wednesday that it has raised $14 million in a Series A round of funding led by FinTech Collective.

The financing — which included $2.5 million in debt from Banco Sabadell Mexico — brings minu’s total raised since its 2019 inception to a total of $20 million.

Co-founders Nima Pourshasb, Rafa Niell, and Paolo Rizzi were driven to build out a pay on demand offering in Mexico.

“We really think the lack of financial health is one of the key drivers slowing the potential and productivity of Mexican society,” Pourshasb said.

Today, minu has over 100 large enterprise clients including TotalPlay, Telefonica, Scotiabank, OfficeMax, Rappi, Adecco, Manpower, Cap Gemini, and public sector clients such as the Electoral Institute of the State of Mexico. It saw its transaction volume and revenue grow by 18 times in 2020, albeit from a small base. The company declined to reveal hard revenue figures.

Minu operates under the premise that the liquidity gap is profound in Mexican society. An estimated 70% of workers live from paycheck to paycheck with average wages of $550/month, noted Pourshasb. And only 37% of Mexicans over 15 years old have a bank account, according to recent World Bank stats.

“Some people are continuously getting loans — at very high interest rates —  to cover recurring expenses such as food and transport,” Pourshasb said.

“This is money that is already earned,” Pourshasb said. “Our users have an app to see how much is available and if they need those funds, they can instantly receive them.”

The company’s distribution model is B2B so it works alongside large enterprises to offer access to the wages as a benefit for employees. Businesses are attracted to that model, Pourshasb explained, because they don’t have to pay for it or change their payroll process.

“We integrate with payroll so the process is automated and there’s no added work for them,” he added. “It also doesn’t affect cash flows. These are upfront funds so if someone withdraws money, it gets deducted from payroll.”

Some employers do subsidize the cost of the transaction fee for employees.

Looking ahead, minu says it will use its fresh capital to boost its headcount of 60 as well as expanding its offering to include financial education, savings, smart spend and insurance products. The company also plans to expand outside of Mexico.

“We see the company’s current product as the basis for a platform that will offer an array of necessary financial products to a very underserved demographic,” he wrote via email. “Minu is already creating a moat vis a vis competitors via deep integrations, high client satisfaction and a broadening financial wellness offering. As the early mover in a market whose characteristics are conducive to the success of pay on demand, the immediate growth potential is remarkable, and Minu is uniquely positioned to excel.”

The investment marks the firm’s fifth in Mexico. Overall, FinTech Collective says it seeks and backs entrepreneurs “who are rewiring how money flows through the world.”

“Due to COVID, we are seeing a pandemic stricken world where hundreds of millions of people are facing greater financial instability, and we believe that fintech has a vital role to play in accelerating the emergence of a spending middle class underserved by traditional financial systems,” Torras added.

Fintechs in Mexico have been busy. Last week, Stori raised a $32.5 million Series B round with the goal of “becoming Mexico’s leading credit card issuer for the rising middle class.”

Who Is Winning The Crypto Battle In India?

How the new normal is shaping the future of HR

UK-based CMR Surgical raises $600M in funding at $3B valuation from SoftBank, Tencent, others