The 4K Android TV stick by Motorola has been launched in India. Priced at Rs 3,999, it will be used to support smart connectivity in 4K High Dynamic Range (HDR) television sets. With the help of the Motorola 4K Android TV Stick, users can access prominent streaming services like Netflix, Amazon Prime Video, Zee5 and YouTube that host popular shows and films. Users can watch high-quality videos on their TV with the help of this new device which will go on sale from 15 March 2021 on the e-commerce site Flipkart. 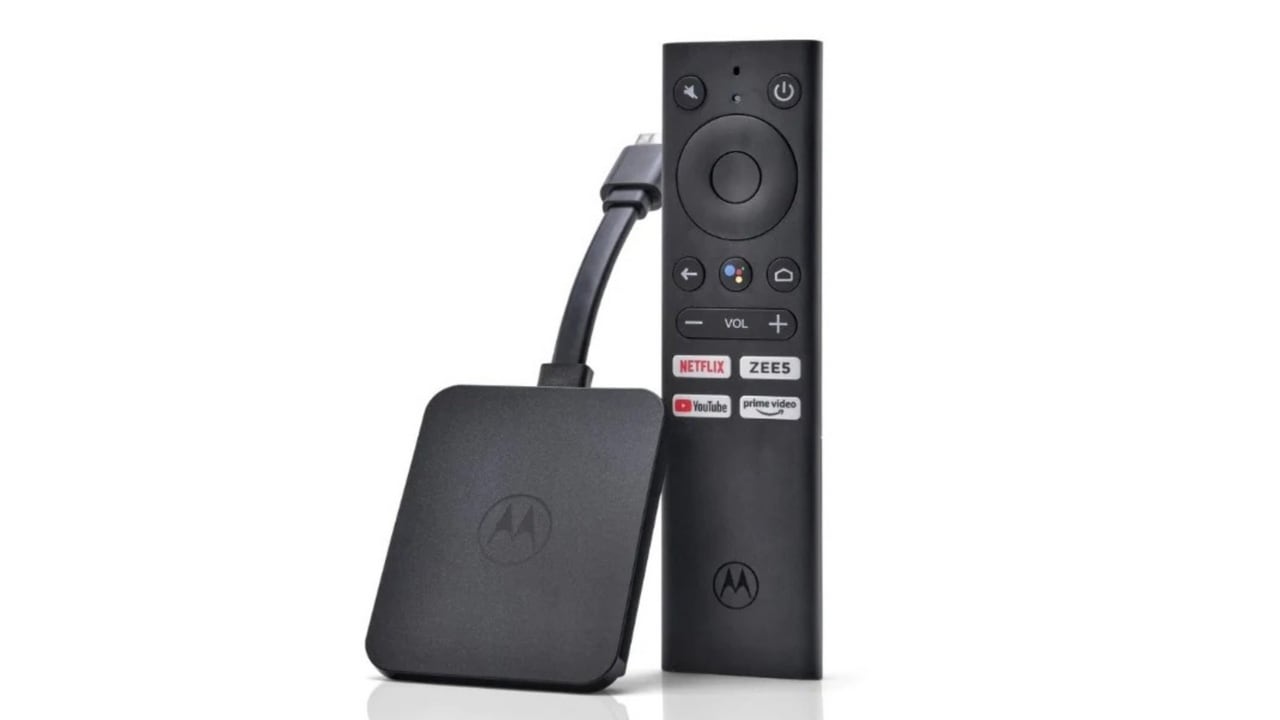 Speaking about 4K android TV sticks, Flipkart’s Chanakya Gupta said that since the pandemic, the demand for in-home entertainment has increased, making the TV sticks more popular. Chanakya, who is the Vice President Private Brands at Flipkart, added that as Motorola is a trusted brand, it is a good option for consumers who want to enjoy watching video content at home.

The TV stick runs on Android TV 9 Pie and has a 2GHz Cortex A53 quad-core processor. With dual-band Wi-Fi compatibility, the device also has HDR support for the HLG and HDR10 formats. It comes with 2 GB RAM with 16 GB of internal storage.

The TV stick’s remote will help users access the four streaming apps. Users will also be able to download apps and games on their Android TV using Google Play Services. However, a controller device will be required to play games on Android TV.

Like many other devices, Chromecast service is also in-built in the Motorola TV stick which can be used to cast content on the TV screen using android phones.

Why does Russia want Ukraine so badly? Here’s what a geography book tells us

A list of all carmakers who have set a deadline to phase out ICE vehicles and go the all-electric way- Technology News, FP

You can get COVID-19 after getting the vaccine but you won’t get as sick- Technology News, FP

What it means, how to apply- Technology News, FP