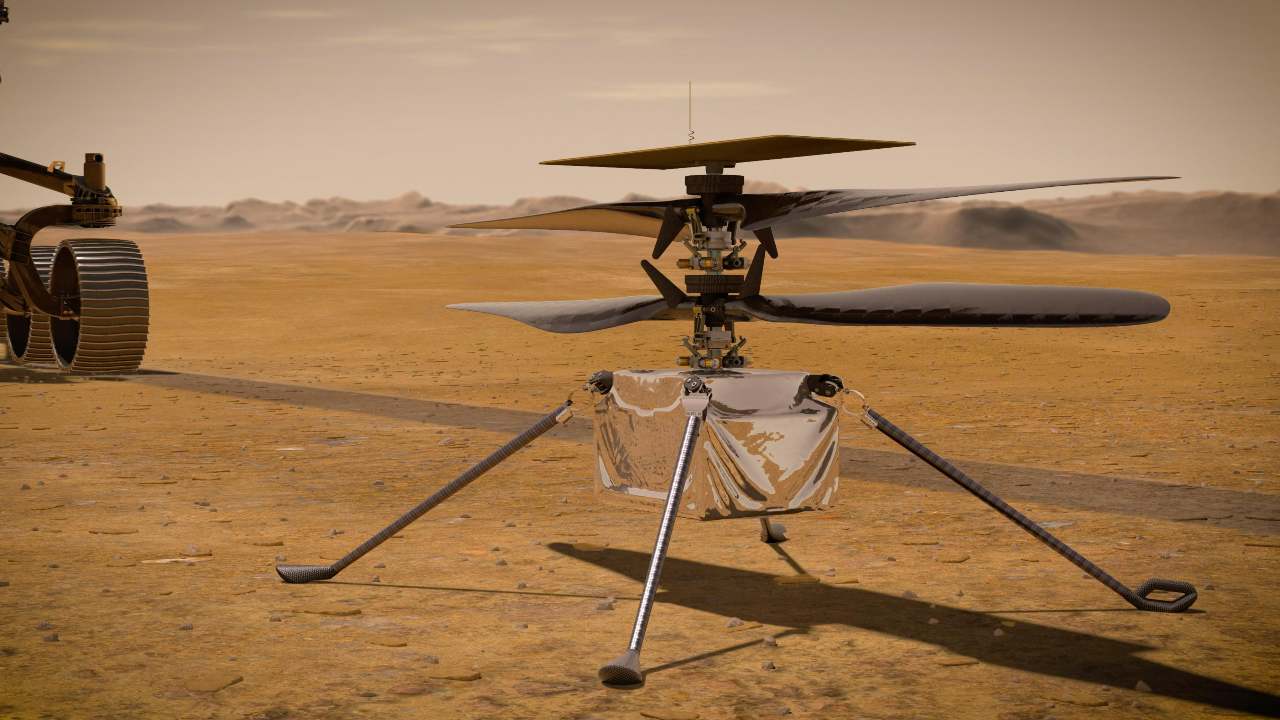 NASA is targeting early April for the Ingenuity Mars Helicopter to make the first attempt at powered, controlled flight on another planet, the space agency said Tuesday. Right now, the ultra-light aircraft remains fixed to the belly of the Perseverance rover, which touched down on the Red Planet on 18 February.  On Sunday, Perseverance dropped the debris shield that had protected Ingenuity during landing, and is currently making its way to the “airfield” where Ingenuity will attempt its flights. Once there, it will have 30 Martian sols — equal to 31 Earth days — to carry out its mission.

“The best guess we have right now is April 8,” for the first flight, said Bob Balaram, Mars Helicopter chief engineer at the Jet Propulsion Laboratory, though he added it could be sooner or later by a few days.

Balaram revealed for the first time that Ingenuity is carrying a small piece of cloth that covered one of the wings of the Wright brothers’ first aircraft that achieved the first powered flight on Earth at Kitty Hawk in 1903, to pay tribute to the milestone.

Ingenuity will be attempting to fly in an atmosphere that is one percent the density of Earth’s, which makes achieving lift harder — but will be assisted by gravity that is one-third our planet’s.

The first flight will involve climbing at a rate of about three feet (one meter) per second to a height of 10 feet (three meters), hovering there for 30 seconds, then descending back to the surface.

Ingenuity will be taking high-resolution photography as it flies.

Before any of this happens, however, Ingenuity needs to be placed at its launching site, and set upright, a process that will take a few more days.

Once Perseverance drops off the helicopter, it needs to drive away about five meters within 25 hours so it doesn’t cast a shadow on Ingenuity.

That’s the amount of time Ingenuity’s batteries will be able to run a heater without needing to recharge via its solar panels.

This part is critical to surviving the night time temperatures which can plunge as low as minus 130 degrees Fahrenheit (minus 90 degrees Celsius).

If left unheated, the helicopter’s unshielded electrical components will freeze and crack, killing the mission before it even begins.

If things however go to plan, Perseverance will take up a position at a distance to record Ingenuity’s exploits with its own cameras. Up to five flights of gradual difficulty are planned over the course of the month.

The 1.8-kilogram rotorcraft cost NASA around $85 million to develop and is considered a proof of concept that could revolutionize space exploration.

The next one planned is Dragonfly, a rotorcraft-lander that will launch in 2026 and arrive at Saturn’s icy moon Titan in 2034.

Next entry-level budget iPad will be powered by an A14 chip, and have 5G, USB-C connectivity- Technology News, FP