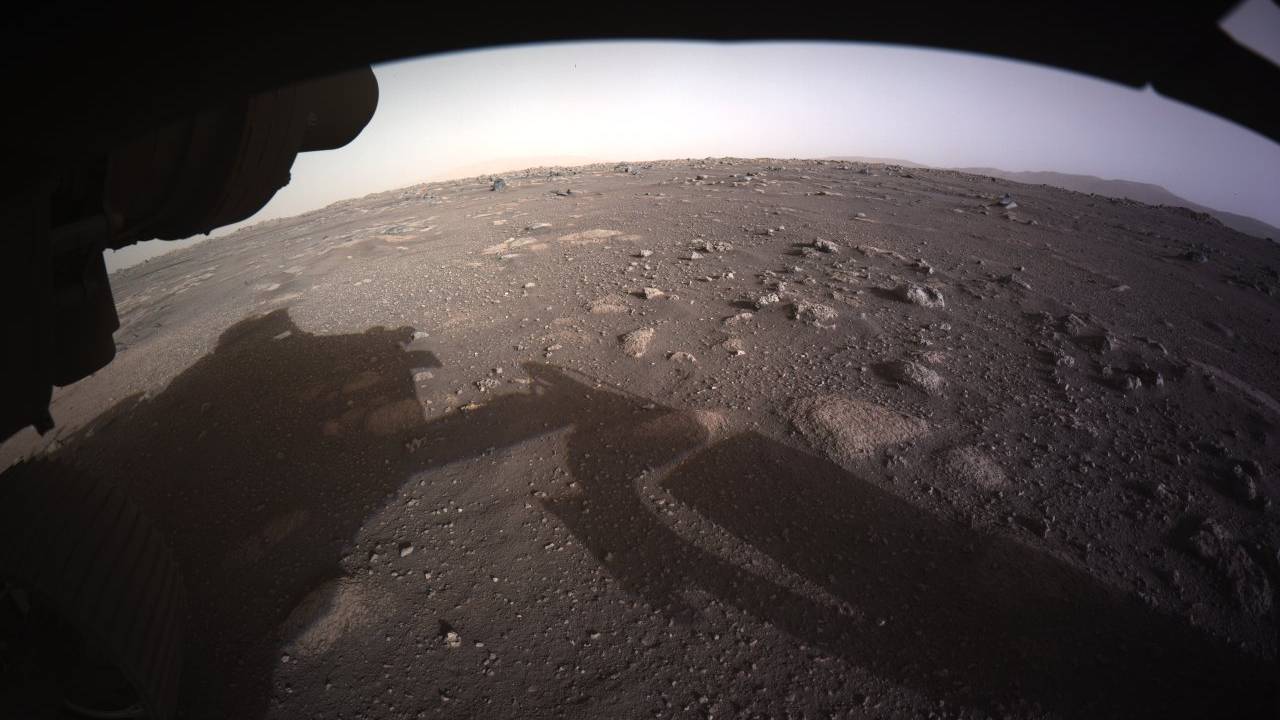 NASA released several images of the Red Planet as the Perseverance rover landed on Mars on Thursday, 18 February. One of the images shared by the American space agency includes the rover decanting onto the surface of the planet.

The moment that my team dreamed of for years, now a reality. Dare mighty things. #CountdownToMars pic.twitter.com/8SgV53S9KG

The second image from NASA depicts the horizon of the planet, as seen from the Perseverance after it had landed.

An open horizon, with so much to explore. Can’t wait to get going. #CountdownToMars pic.twitter.com/hAaxeVGs04

Another image released shows a detailed look at some of the rocks on Mars along with the right-front wheel of the rover.

I love rocks. Look at these right next to my wheel. Are they volcanic or sedimentary? What story do they tell? Can’t wait to find out.#CountdownToMarshttps://t.co/7w3rbvbyoL pic.twitter.com/H3q1M0YJAd

The spacecraft is equipped with a record 23 cameras and two microphones. Several cameras were turned on during the rover’s descent, thereby capturing stunning images that show phenomenal details of the rover’s landing till about two metres off the ground.

Adam Steltzner, the chief engineer of the Mars 2020 mission at NASA’s Jet Propulsion Laboratory, said in a news conference on Friday that the team was overwhelmed with joy and excitement to have successfully landed another rover on the surface of Mars.

He said that the images from Perseverance would inspire many others around the world the way iconic shots from the cosmos had inspired him in the past.

Busy, busy. What I’ve been up to since landing, you ask? Well, quite a bit. On Feb. 22 at 11am PT (2pm ET/1900 GMT, hear my team back on Earth discuss the data I’ve sent them so far and what I’ll be doing these upcoming days. https://t.co/gx7ChsBy7k #CountdownToMars pic.twitter.com/aXnrmwM0Il

Perseverance, also dubbed as “Percy”, had successfully touched down the red planet on Thursday afternoon, catching the attention of the world.

The rover sent back the first image of its new home on Thursday evening which was a black-and-white shot that established its safe arrival.

Perseverance is the most advanced astrobiology laboratory ever sent to another world that has touched down near an ancient river delta where the rover will search for traces of ancient life and collect some of the most vital rock samples for its possible return to Earth.

A tweet by NASA’s Perseverance Mars Rover also shows the location of the rover on the map showcased.

Where am I now? Check out this interactive map to zoom in and explore my landing site:https://t.co/uPsKFhW17J

And for the ground level view, my first images are here, with many more to come in the days ahead:https://t.co/Ex1QDo3eC2 pic.twitter.com/B6TJTikAyX — NASA’s Perseverance Mars Rover (@NASAPersevere) February 19, 2021

NASA has said that it would be sharing more photos, images, and possibly audio recordings in the next few days.

Will future parenthood mean having virtual children in the metaverse?- Technology News, FP

LED torches to light up your world- Technology News, FP