NASA’s technology demonstrator for a helicopter on Mars, Ingenuity, has cleared multiple system checks before making history with the first powered flight on another world, the space agency announced. Lead engineers Farah Alibay and Timothy Canham, part of the Jet Propulsion Laboratory team operating the Ingenuity mission announced Friday that they had wrapped up with final reviews of systems that connect the rotorcraft to the Perseverance rover. Ingenuity remains attached to the belly of the Perseverance rover for now.

If Ingenuity survives the frigid Martian nights – where temperatures dip to lows of minus 90 degrees Celsius – the mission team will proceed with this first flight of an aircraft on another planet no later than 18 April. To ensure its survives the frigid Martian temperatures, and keep itself warm, the helicopter is built to source energy from the sun via its solar panels, which charges its battery, according to a Space.com report, in addition to communicating with the International Space Station.

During Ingenuity’s first flight, the craft will lift up to an altitude of about 10 feet (3 meters) above the ground. It will hover there for about 20 seconds, a mission expert told Space.com. 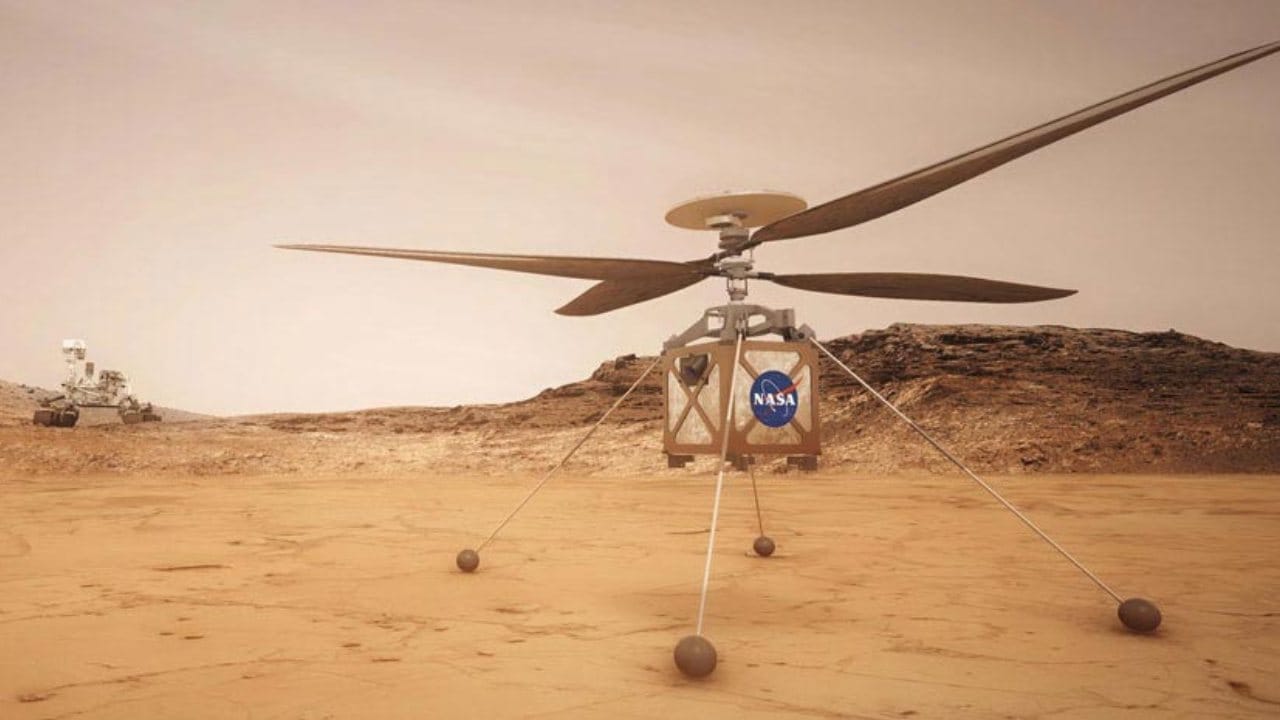 The Mars Helicopter, Ingenuity, is a technology demonstration to test powered flight on another world for the first time. It is hitching a ride on the Perseverance rover. Image credit: NASA

A successful attempt to take-off and hover during its first flight will accomplish 90 percent of the project’s key goals, according to an earlier NASA statement. If Ingenuity manages to land successfully and remain operable, NASA may send four successors, “each building on the success of the last”. These descendants of the Ingenuity rotorcraft can bring an aerial dimension to exploration of Mars.

The small rotorcraft, weighing under 1.8 kilograms, was named Ingenuity after Alabama student Vaneeza Rupani won the moniker in a naming contest. It was launched last summer by NASA on board the Perseverance rover as part of the agency’s Mars 2020 mission.

Realme might launch its first Tablet on 15 June; expected to be called Realme Pad or Realme Tab- Technology News, FP

Who should regulate online gaming in India and decide on its legalities- Technology News, FP