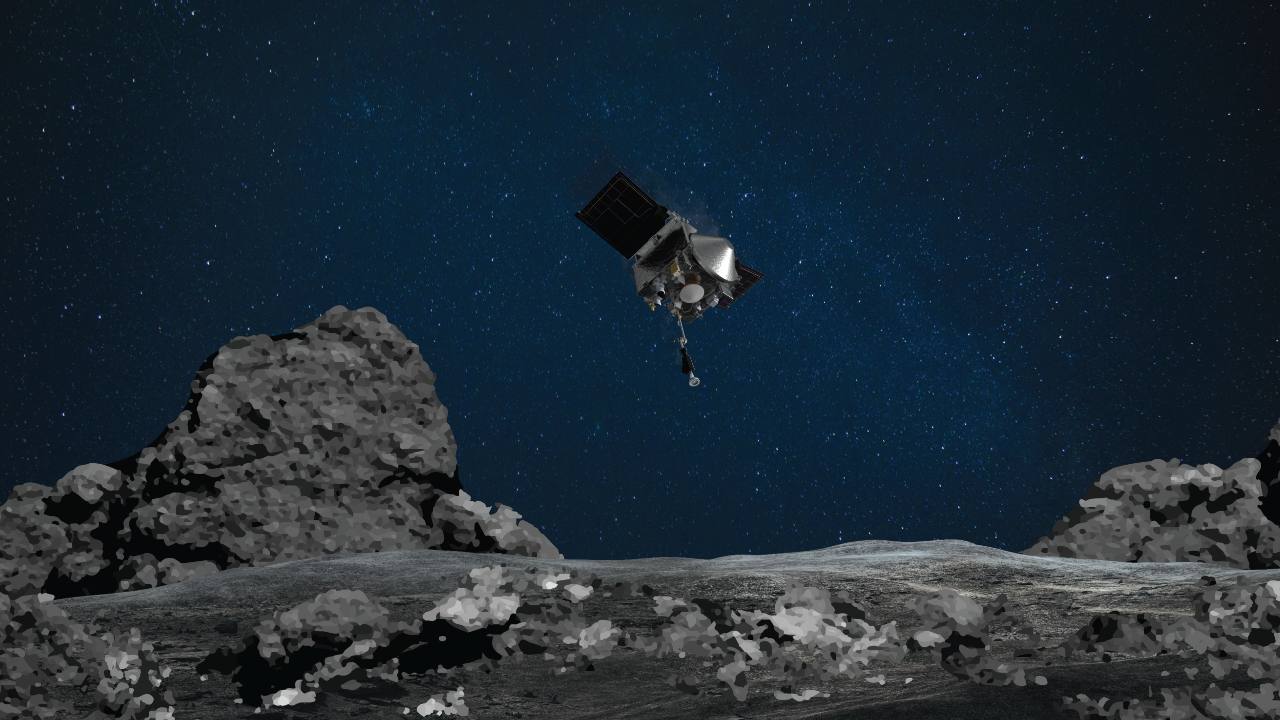 The US space probe Osiris-Rex on Monday left the orbit of the asteroid Bennu, from which it collected dust samples last year, to begin its long journey back to Earth. The probe still has a vast distance to cover before it lands in the Utah desert on 24 September 24, 2023. Osiris-Rex is “now moving away over 600 miles an hour from Bennu, on its way home,” Dante Lauretta, head of the mission, said on NASA’s video broadcast of the event.

The spacecraft’s thrusters were engaged without incident for seven minutes to put the probe on the correct trajectory home, a journey of 2.3 billion kilometres. Osiris-Rex is carrying more than 60 grams of dust and fragments from the asteroid Bennu. Image credit: NASA

It is carrying more than 60 grams of dust and fragments from the asteroid, the largest sample collected by NASA since the Moon rocks brought back by the Apollo missions.

To achieve this goal, the US space agency launched a high-risk operation in October 2020: the probe came into contact with the asteroid for a few seconds, and a blast of compressed nitrogen was emitted to raise the dust sample which was then captured.

The surprise for NASA was the probe’s arm sank several centimetres into the surface of the asteroid, showing the scientists that “the surfaces of these rubble pile asteroids are very loosely consolidated,” said Lauretta.

The whole mission almost came to nought when NASA realized a few days later that the valve of the collection compartment was failing to close, letting fragments escape into space.

But the precious cargo was finally secured after being transferred to a capsule fixed in the spacecraft’s centre.

In two and a half years, that capsule will be released a few hours before entry into the Earth’s atmosphere and will be slowed down by a parachute system for its landing.

The samples will then be transported to NASA’s Johnson Space Center in Houston, but 75 percent will be kept intact to be studied by future generations, who will have advanced technologies that have not yet been created, the agency said.

The analysis should help scientists better understand the formation of the solar system and the development of Earth as a habitable planet.