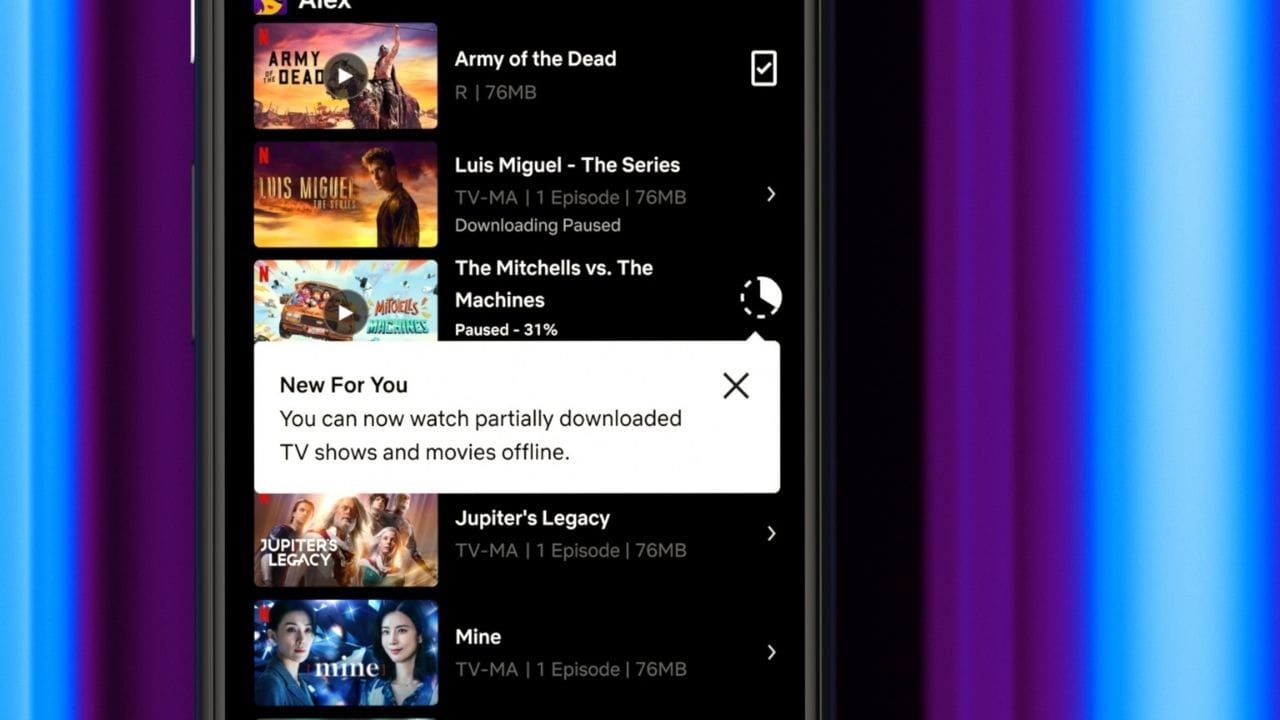 Netflix has rolled out a new partial downloading feature for Android users.

Netflix Vice President, Product Innovation, Keela Robison, announced on Monday that users can now watch shows and movies “even if it hasn’t completed downloading. Once you’ve regained a strong enough connection, you can choose to finish the download and keep watching — avoiding those surprise notices that you’ve gone over your data limits.”

The partial downloading feature is now available on Android phones and tablets. Netflix says it begin testing the feature on iOS in the coming months. Netflix first launched the downloads feature back in 2016. Two years later, the feature evolved into Smart Downloads, which essentially makes sure that the next episode that you have put on download, gets fed into your phone/tab automatically over the Wi-Fi, after the last seen episode is deleted.

Earlier this year, Netflix also announced the ‘Downloads for You’ on Android, that automatically downloads recommended shows or movies for users as per their watch history.

What is space debris and how much junk is India responsible for?- Technology News, FP

Should we tell stories of vaccine sceptics who have died of COVID-19?- Technology News, FP