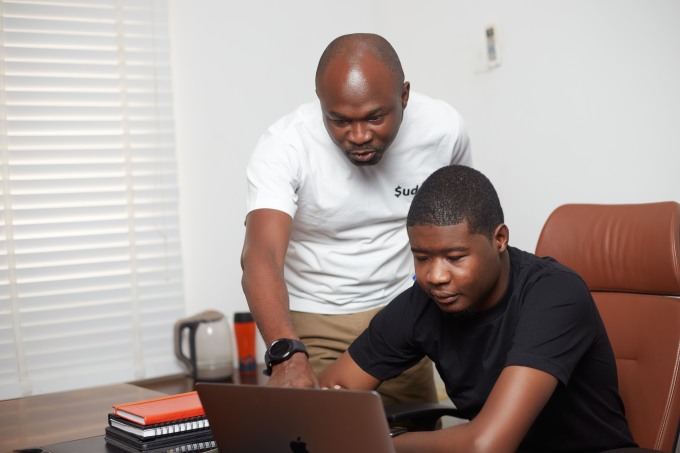 Sudo Africa, a fintech that provides a card-issuing API for developers and businesses in Nigeria, has raised $3.7 million in pre-seed funding.

Several African fintech founders such as Olugbenga ‘GB’ Agboola, Ham Serunjogi and Odun Eweniyi are investors in the company too.

Like many API-led fintechs, card-issuing API (pioneered by the likes of Rapyd, Ayden and even Stripe globally) is increasingly getting attention from investors who think it’s the next big thing in a sector that has attracted the most VC dollars in Africa.

Aminu Bakori and Kabir Shittu, founders of Sudo Africa, told TC that the opportunity to build Sudo was due to a problem they faced while attempting to issue cards at their previous startup: a mobile wallet system allowed users to aggregate existing financial institutions into a single platform and perform transactions.

“At some point, we wanted to issue cards and worked with one of the local banks in Nigeria,” said CEO Bakori. “They got to print up to 1,000 cards, but it took a lot of time and none of them functioned because the bank wasn’t able to provide any APIs for us to either manage the cards or even control the usage of those cards. That was the first time we came around, thinking about how to issue cards.”

The fintech landscape, as described by Bakori, is one where while startups create silo interfaces that allow their customers to send or receive funds between themselves, issues always arise when global financial systems come into play.

For instance, a mobile wallet or local card in Nigeria trying to make a purchase on Amazon is always a dreadful experience. But with the introduction of virtual dollar cards in a few digital banks and fintech platforms, this has become less of an issue. Card-issuing API fintechs such as the Kaduna-based Sudo Africa are behind this technology. 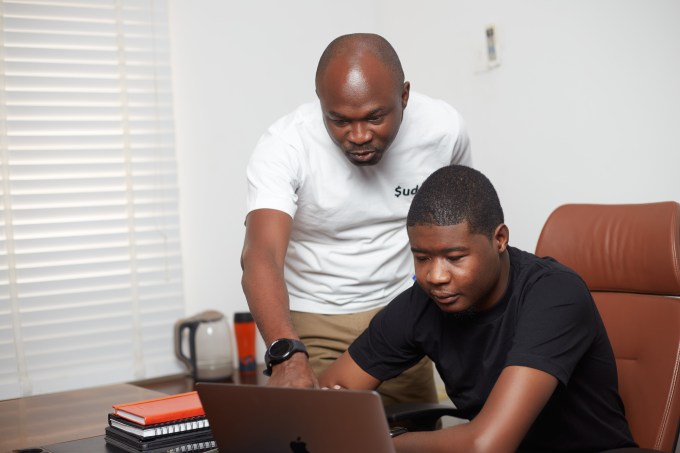 Its pitch to customers is that while banks take weeks or months to give cards, Sudo Africa takes days. In partnership with licensed card issuers, the company’s infrastructure allows itself and any developer or merchants that come on its platform to issue virtual and physical cards to their customers. And on the platform lets businesses control and program cards to their taste, build their features, and securely integrate with other services.

Here’s a granular explanation. Say a company uses Sudo Africa to issue cards for employee expense management; what happens is that employees are given cards with a low balance so whenever they need to use the card, an API is called each time to decide whether to approve or deny that transaction in real time.

Another example is of a delivery company that sends its dispatch rider with a programmable card to make a transaction and spend a certain amount of money at a particular mall. Sudo’s API works such that if the rider decides to use the card in another mall for any reason or spend more than the intended budget, the card won’t work.

“This is beyond just creating a prepaid card, funding that card and then allowing the customer to spend where he wants to,” said Bakori.

“So all of these controls that we’ve set up on the card, like the spending controls where you can set how much can be expended, where it can be expended, and when, put the company in the front line and say, ‘hey, these are all the transaction details and spending controls, but still, do you want to go ahead and approve this transaction?’ This opens up a flow of opportunities for the fintechs and companies that use our platform.”

The founders argue that these features — spending and localized controls — differentiate Sudo Africa from the likes of YC-backed Union54 and unicorn Flutterwave, a new entrant into the card-issuing API business. However, it seems the trio are almost identical, considering the features each company claims to have on their sites.

The company charges interchange fees when its issued cards are used to make a web or POS transaction and takes authorization fees when spending and location-based controls are made. Sudo collects card production and personalization fees cheaper than incumbents’, claims Shittu.

Sudo Africa is currently the only player in this space that offers its virtual and physical cards service solely in Nigeria. Union54, despite being based in Zambia, has customers across Africa. Flutterwave says it helps merchants in its 35 African markets issue virtual cards while only those in Nigeria are privileged to get physical cards for now.

Thus, it is expected that Sudo Africa, which is setting an example for other fintechs and startups trying to make a name for themselves outside Lagos, will want to expand to other African markets with this investment, not necessarily as a result of competition, but rather necessity. “Our concern right now is to expand into other African countries. So we’re looking at before the end of this year, we’ll probably be in three or four more African countries,” said the chief operating officer.

4 Common Mistakes with Investments And How to Avoid Them

Atomic’s Hadley Wilkins defines the why, what and how of brand building at TC Early Stage – TechCrunch

As regulation heats up, will gaming studios’ gamble on loot boxes pay off? – TechCrunch