Ideally, it is expected of every business to reach its customers effectively. However, that’s not the case as limiting factors that hinder proper digital communication come into play at different growth stages. Termii, a Nigerian communications platform-as-a-service startup that solves this problem for African businesses, announced today that it has closed a $1.4 million seed round.

Gbolade Emmanuel and Ayomide Awe launched Termii after Emmanuel’s experience as a digital marketer helped him recognize the need for businesses to have exceptional communication channels. The CEO consulted for these companies and leveraged emails to retain customers, but as he found out that this process was lethargic, he sought other channels as a replacement.

“That got me to start thinking about multichannel messaging. What it meant was that we needed to find how to allow companies to use WhatsApp, voice, SMS effectively,” he said to TC. “And we had to make the process simple because in the African market, you can’t do complex stuff. You have to be as simple as possible.”

Termii found out that in addition to assisting businesses to retain customers, there was a clear need to verify, authenticate and engage them.

“Many of these businesses we started engaging said they required tools to effectively communicate and verify customers because they were losing money at those points. For us, we saw it was a bigger problem,” Emmanuel added.

After making some tweaks, the team began to see an increase in customers numbers, especially amongst fintech startups. Positioning itself in the fast-moving space, Termii created an API-based communication infrastructure that caters to over 500 fintech startups across the continent. That’s not all. More than 1,000 businesses and developers are also using Termii’s API.

Some of these businesses include uLesson, Yassir, Helium Health, Piggyvest, Bankly, Paga, and TeamApt.

Playing in a $3.6 billion B2C communications market estimated to grow 6% annually, Termii runs a B2B2C model. But how does it make money? While a subscription-based model would’ve made sense, the two years spent by the company trying to find PMF made them think otherwise.

So the company leverages a virtual wallet system tied to a bank account and customers can make payments to the platform using mobile money, bank transfer, and credit cards. The startup charges these wallets on a per-message basis. It also does the same on every successful customer verification made towards customers’ contacts. 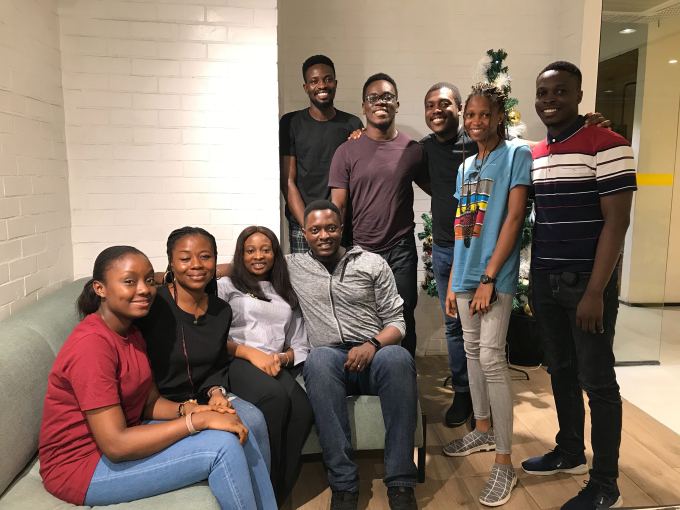 In early 2020, Termii started seeing immense progress and this coincided with their acceptance into Y Combinator. The growth continued throughout the year, growing its messaging transactions by 1000% and experiencing a 400% increase in its ARR.

Spilling into this year, Emmanuel says the company’s revenue is growing 60% month-on-month as a result of the surge in online financial transactions which to date makes up for 68% of the company’s total messaging transactions.

The seed investment that is coming a year after Termii graduated from the YC will be used for expansion and launch more messaging offerings across Africa.

Emmanuel says the company has its sights on North Africa with a physical presence in Algeria for the expansion. The reason lies behind the fact that in this quarter, Nigeria has accounted for 76% of the company’s messaging transactions, while Algeria currently accounts for 15%.

With this new fundraising, the company plans to tap into the wealth of experience from some of its new investors like Oviosu and Serunjogi who have also taken local companies into expansion phases.

Termii’s round is also noteworthy because it strays away from the usual fintech, mobility, agritech and cleantech sectors that investors typically notice. In fact, there are only a handful of venture-backed communications platform-as-a-service companies on the continent. A notable example is Kenya’s Africa Talking. It might be a stretch to say we might see more funding activity from this segment but one thing is apparent — investors are willing to place bets on less popular sectors.

Another highlight of Termii’s investment is that while foreign investors continue to dominate rounds in African tech startups, local and Africa-focused firms are beginning to step up by leading some which is a good sign for the bubbling ecosystem.

This round is also a big step for Future Africa. According to publicly available information, the firm is leading a million-dollar round for the first time since officially launching last year. This achievement is a continuation of its work over the past three quarters having invested in more than 10 African startups in the last three quarters and 30 startups in general.

Kepple Africa Ventures, the co-lead, is also an active investor and can be argued to be the most early-stage VC firm on the continent — in terms of the number of deals made. So far, the firm has invested in 79 companies across 11 countries.

Speaking on the investment for Kepple Africa, Satoshi Shinada, a partner at the firm, said, “Fragmented and unstable communication channels are one of the biggest challenges for the digitization of businesses in Africa. Emmanuel has proven that with his visionary goals and solid implementation of iterations on the ground, his team is unparalleled to build an innovative solution in this space.”

PharmEasy Plans To Raise $500 Mn Through IPO This year

Amsterdam’s fintech unicorn Adyen launches Android POS terminals in the EU, UK, and the US

Impact raises $150M at a $1.5B valuation as affiliate and other marketing partnerships come into their own – TechCrunch