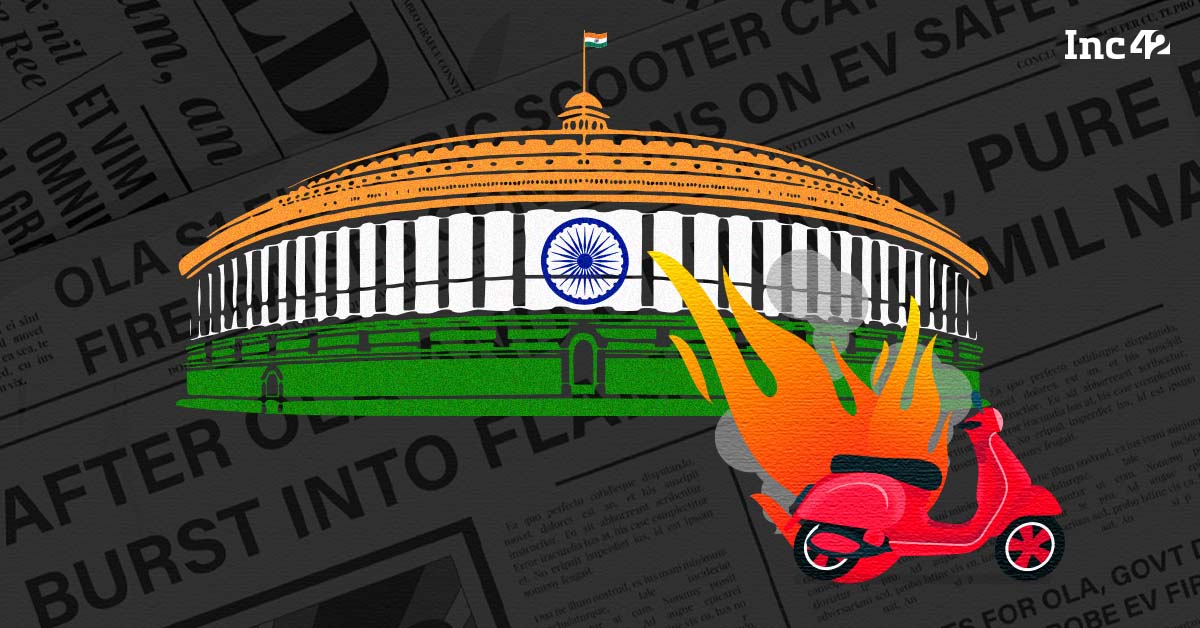 The EV fires could have been caused by poor quality of cells, which are not designed for high temperature and tropical climates like in India: Saraswat

At a time when the electric vehicle (EV) industry in the country is under the scanner due to the reported fire incidents involving them, NITI Aayog member and scientist V K Saraswat has said that battery cells imported for EVs “may not be” suitable for the country, and emphasised the need for local manufacturing of the cells.

“Battery technology is an evolving technology. India does not manufacture battery cells at the moment…we should set up our own cell manufacturing plants at the earliest. We should make sure that whatever cells we manufacture are suitable for Indian conditions of high temperature,” Saraswat told PTI.

The comment comes a few days after a preliminary report by a government panel looking into the spate of EV fires reportedly identified faulty battery cells and modules as the cause of the fire incidents.

Earlier this month, the Centre sought detailed reports from EV manufacturers on safety mechanisms and quality control measures implemented by them.

Talking to the news agency, Saraswat said, “What (battery) cells India is getting may not be suitable for Indian conditions… so what is important is when we import cells, we should do our own screening and (have a) rigorous testing system.”

The EV fires could have been caused by poor quality of cells, which are not designed for high temperature and tropical climates like in India, Saraswat, a former chief of the Defence Research and Development Organisation (DRDO), said.

Earlier, while talking to Inc42 on the EV fire incidents, several industry leaders had raised similar concerns around imported EV battery cells and the lack of a rigorous testing system in India.

Amitabh Saran, founder and CEO at Altigreen, had said that a large number of cells that are imported from foreign countries, as mentioned by their manufacturers, are best operational at 25 degrees centigrade but that is hardly ideal for the Indian climatic conditions. These cells are the cheapest options as they are produced in bulk, which lowers the original equipment manufacturers’ (OEMs’) cost of production.

However, he had also mentioned that these cell manufacturers have different qualities of products and the OEMs have the responsibility to pick and choose the right ones.

The fire incidents have also raised concerns if they will affect the growth trajectory of the EV industry in the country. Commenting on the issue, Saraswat said, “What we are seeing is that the kind of accidents which are taking place will certainly have some impact on penetration of batteries into the automobile sector.”

Saraswat also highlighted that certain countries have developed cells which can operate at high temperatures.

Concerned over the frequent fire incidents in the past few months, Union Minister Nitin Gadkari had earlier issued a warning, saying ‘negligent’ EV manufacturers will face heavy penalties. He had also called on EV companies to “advance action to recall all defective batches of vehicles immediately”.

NITI Aayog CEO, Amitabh Kant, too had called on the OEMs to voluntarily recall the batches of EVs involved in recent accidents.

Following it, many EV manufacturers recalled a few batches of their escooters. In the last three months, EV Okinawa Autotech, Pure EV, Ola Electric and Jitendra EV recalled about 7,000 vehicles in total.

Meanwhile, the Centre for Fire Explosive and Environment Safety (CFEES), which was probing the fire incidents, has also suggested remedial measures.

The List Of Indian Startups In The Unicorn Club