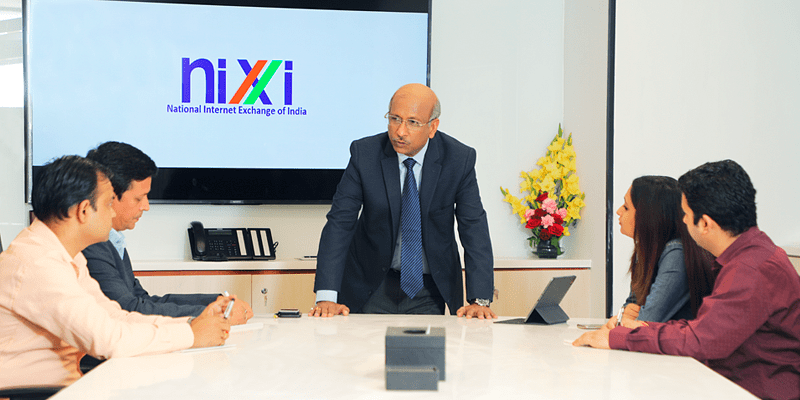 India’s tryst with the internet can be traced back to the 90s when VSNL first brought it to the country on August 15, 1995. More than two-and-a-half decades since, it has changed the face of the Indian economy, the way we do business, and the social sector.

The internet’s share in the Indian economy has also steadily increased. From contributing 5.6 percent to the GDP in 2015-16, it has jumped to 16 percent in 2020. And, ambitious projects like Digital India and Bharatnet are setting the stage for wider availability of high-speed internet to facilitate smooth governance and economic expansion.

The role of internet exchanges and peering points have been instrumental behind this progress of the internet in India. Organisations such as the National Internet Exchange of India (NIXI) have ensured that the quality of internet and broadband services have continuously enhanced while mitigating the high costs that are associated with it.

NIXI is a not-for-profit organisation founded in June 2003 to facilitate better internet services in India. It is a Section 8 company under the Ministry of Electronics and Information Technology (MeitY).

The role of organisations like NIXI assumes significance at a time when India is beefing up its internet penetration to remote corners of the country, in a bid to offer better citizen-centric services and foster business and economic development in the regions. The wider the geographic area for internet penetration, the better are the chances of having top-notch internet speeds and services as it gives Nixi the bandwidth to set up its infrastructure across the country.

NIXI provides backbone for internet services in India. On one side NIXI provides Country Level Top Level Domain (.IN) and IDN TLD (.bharat). We also manage root servers which are essential in analysis and permission of any internet traffic. NIXI is also being authorised to sell and manage Internet Protocols in India. NIXI is selling Ipv4 and Ipv6 addresses to an individual and to an organisation as required.

NIXI is also credited with localising internet domains and encouraging websites to register with the .in address. Its efforts have seen fruition as India surpassed 2.5 million registrations of .in domain, making India the second-largest nation in Asia in the country-centric, top-level domain growth.

Further, the company has also set out to promote local content with its .bharat initiatives. Starting with five languages, the .bharat domain is now available in all 22 official languages. This is HIGHEST No. of domain in local language with any country in the world.

What is an internet exchange?

Internet exchange points (IXPs) allow ISPs to meet and exchange traffic (data). The concept is also known as peering. It saves money on international bandwidth for ISPs, reduces latency for customers and improves connectivity. Marquee internet service providers such as BSNL, MTNL, Bharti Airtel, Tata Communications, Vodafone Idea and Reliance Jio, among several others, are members of the exchange.

The company also manages the Indian Registry for Internet Names and Numbers (IRINN) under its ambit. Under this service, it provides allocation and registrations of internet protocol addresses (IPv4 and IPv6) and Autonomous System (AS) numbers to its affiliates.

What’s more? The company also expects a robust growth of 25 percent this year, a rise from the turnover of Rs 115 crore last year, placing it on track to be a leading force behind India’s ongoing internet revolution.

With this, NIXI is committed to create an appropriate environment to facilitate an ‘Always ON, fault free, high-speed, inclusive availability and affordable broadband in India’.