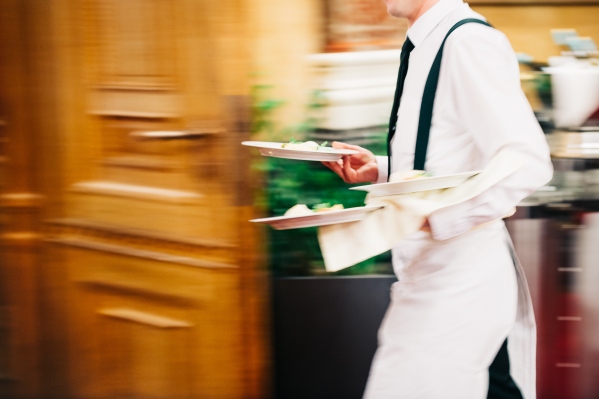 Nowsta attracted venture capital for its approach to help employers better engage with their hourly workforces in this increasingly hybrid work environment.

The company announced today $41 million in Series B funding in a round led by GreatPoint Ventures that brings the company’s total funding raised to date to $59 million. Joining GreatPoint in the financing were VMG Catalyst, Rally Ventures, Tribe Capital and existing investors Green Visor Capital, Compound Ventures and Clocktower Technology Ventures.

CEO Nick Lillios founded Nowsta in 2015 and spent the next year-and-a-half building the technology that arose out of his experience working with food service vendors in New York. The operational complexity of hourly workforces was the inspiration for the company’s technology, an answer to current workforce management solutions that were not able to keep up with the changing nature of hourly work, he said.

Nowsta’s web and mobile app rolls workforce management tools, like automated scheduling, time-tracking, payroll and communication, into an all-in-one resource that includes an on-demand labor marketplace that connects employers with a skilled pool of workers sourced by trusted third-party staffing providers. There is also a wallet feature so users can get paid after every shift and see their future earnings.

“Every employer is leveraging a contingent workforce and trying to use 1099 workers to fill in the gaps,” Lillios told TC. “Our marketplace matches employers in need with employees, and you can see how they have been trained and vetted so employers can make quick decisions.”

The company raised an $8.1 million Series A in April 2019, which gave it the boost to create the marketplace. When the global pandemic hit, Nowsta began working with customers that had to furlough its workers, and the resource enabled the company to help customers transition employees to other jobs.

Lillios doesn’t believe that hourly work will go back to normal. Instead, the shift seen over the past two years will be permanent as more employees crave flexibility and more employers have access to tools and resources that help them adapt.

A market that used to have little technology is now flush with startups giving attention to this underserved population. Most recently we reported on AskNicely, which raised $32 million in Series B funding for its employee empowering app.

Others include Blink, an app for frontline workers to use and engage with the various IT services used by their organizations, as well as with each other. Shiftsmart, a marketplace matching shift workers to employers, raised $95 million, while messaging app When I Work closed on a huge round — $200 million. Meanwhile, Fountain brought in $85 million and Seasoned grabbed $18.7 million for its tool for restaurant workers. Earlier this year we saw Homebase raise $71 million, and Workiz, which focuses on home services pros, raise $13 million.

Today, Nowsta’s technology manages over 300,000 workers each month across 600 employers, including sports stadiums, hotels, food services vendors and warehouses. As more stadiums and hotels were coming back online throughout the pandemic and needed to hire around 1,000 employees, Nowsta was able to source hundreds of workers initially, which Lillios said for some “has revolutionized their businesses and ushered in a new model of flex work.”

The new funding will enable the company to scale its operations across 25 new U.S. markets, double its 68-person headcount by the end of the year — it was 25 people in 2021 — and invest in product development and sales and marketing. After ramping up revenue significantly in 2021, Lillios doesn’t expect to repeat that, but does forecast the company to grow at least three to five times in revenue this year.

Ashok Krishnamurthi, managing partner at GreatPoint Ventures, said in a written statement: “The last two years have caused a paradigm shift in the labor marketplace, and hourly and flex work is becoming ever more prevalent. Businesses of all types now must connect easily with, and manage their on-demand workforces efficiently. The most effective way to do that is with Nowsta, and we couldn’t be more excited to be partnering with Nick and the team to help achieve this vision.”

The Startups That Caught Our Eye In August 2021

EV Prices To Be At Par With Petrol Vehicles Within A Year: Nitin Gadkari

Starting Out: Essentials Every Business Owner Should Know

Marketing Ideas To Help Your Brand Stand Out

Why Should You Hire a Criminal Defense Lawyer for Your Case? 7 Benefits