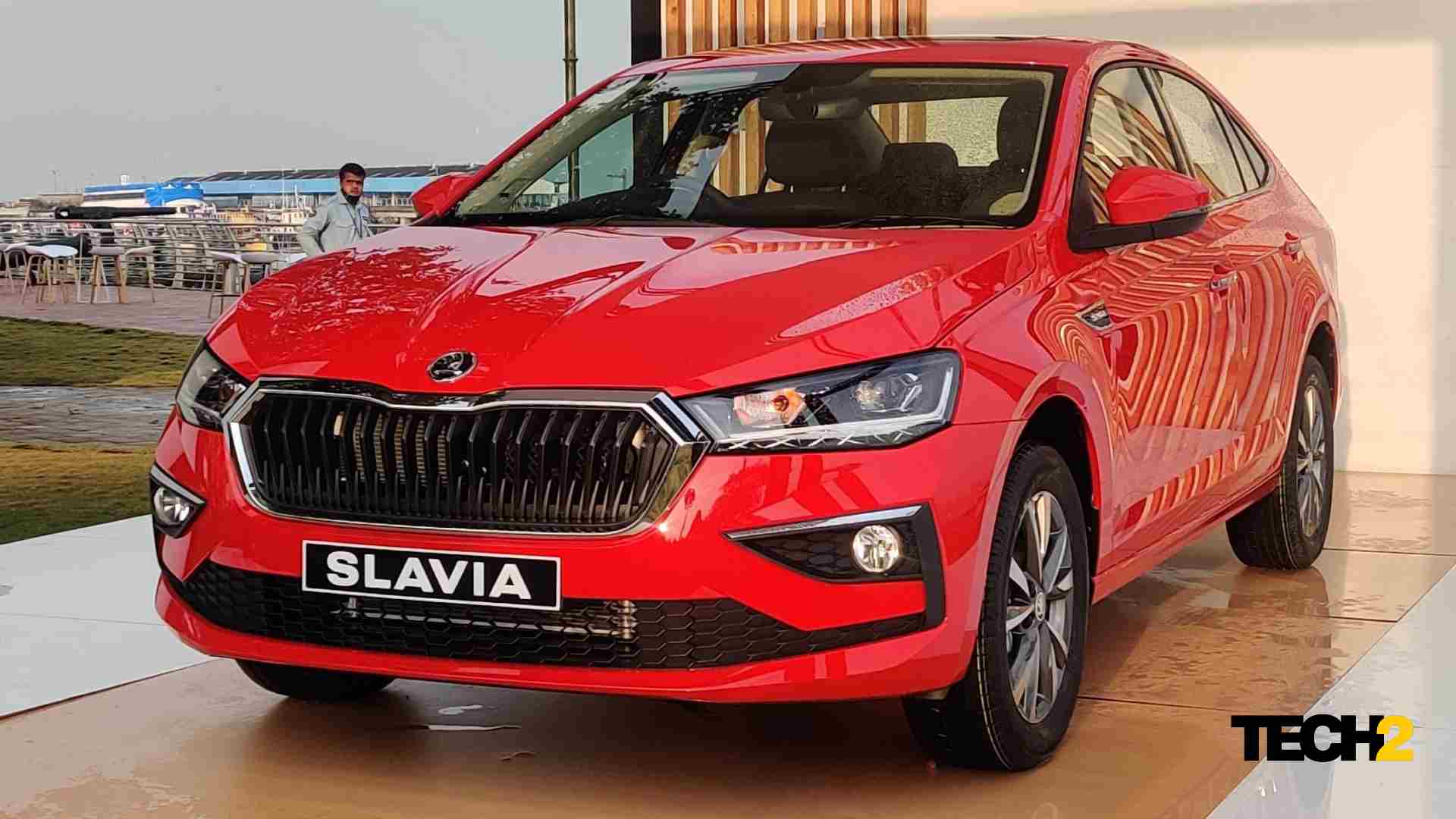 If you were to form an opinion basis statistics, you’d believe sedans are a dying breed. Once considered an indicator of immense wealth and worldly success, the sedan has, over the years, lost ground to the SUV, not just in India, but globally as well. The only sedan to do any volumes of note today is the hugely popular Maruti Suzuki Dzire, being the only one of its body style to find a spot on the list of India’s ten highest-selling vehicles every month. The Slavia is the third model to be based on the tailored-for-India MQB A0 IN architecture. Image: Tech2/Amaan Ahmed

Despite this, Skoda’s next move after the Kushaq midsize SUV is a brand-new sedan, one that’ll operate in a segment that has failed to witness substantial growth in the last few years. The Skoda Slavia, says the Czech carmaker, is an attempt at injecting excitement into a segment that has been dull for the most part. And that claim is largely true – save for the arrival of the fifth-generation Honda City last year, not a lot has happened in the space of late. The current Hyundai Verna – refreshed in 2020 – is nearing the end of its life cycle, as is the Maruti Suzuki Ciaz (which is now more than half a decade old). Toyota recently pulled the plug on the Yaris, and will only replace it with the Belta, which itself will be a badge-engineered Ciaz (another model resulting from its global alliance with Suzuki).

The first thing that strikes you about the Slavia is how much better it looks in the flesh. In pictures, many may consider it to be no more than a three-box version of the new Fabia hatchback, but it’s in person that its cohesive design impresses. There’s an aura of richness to the Slavia – it looks expensive, which is a great start for Skoda, which is keen on tagging the Slavia as a ‘premium’ midsize sedan. The Slavia is substantially larger than the Rapid, and has the longest wheelbase in its class. Image: Tech2/Amaan Ahmed

It’s also one of the biggest cars in its class – the Slavia is nearly as long and as tall as the City, while being the widest in the segment and also the one with the largest wheelbase (2,651 mm). It’s substantially larger than the now-discontinued Rapid, and is bigger than even the original Octavia.

While I won’t go so far as to say it’s beautiful, the Slavia sure is classy and well-proportioned. All the classic Skoda elements are in place – the signature ‘moustache’ grille, LED projector headlights with L-shaped DRLs and crystalline elements, a sculpted bonnet, clean surfacing and C-shaped LED tail-lights. The profile and rear-three-quarters are the Slavia’s best angles, from which it looks a lot like its bigger siblings, the Skoda Octavia and Skoda Superb. The 16-inch alloys on the top-spec Slavia look a size too small, and the raised stance means it looks a little bit like it’s on its tiptoes, but there’s always the prospect of a racier, lowered ‘Monte Carlo’ version with 17-inch alloys sometime down the road. 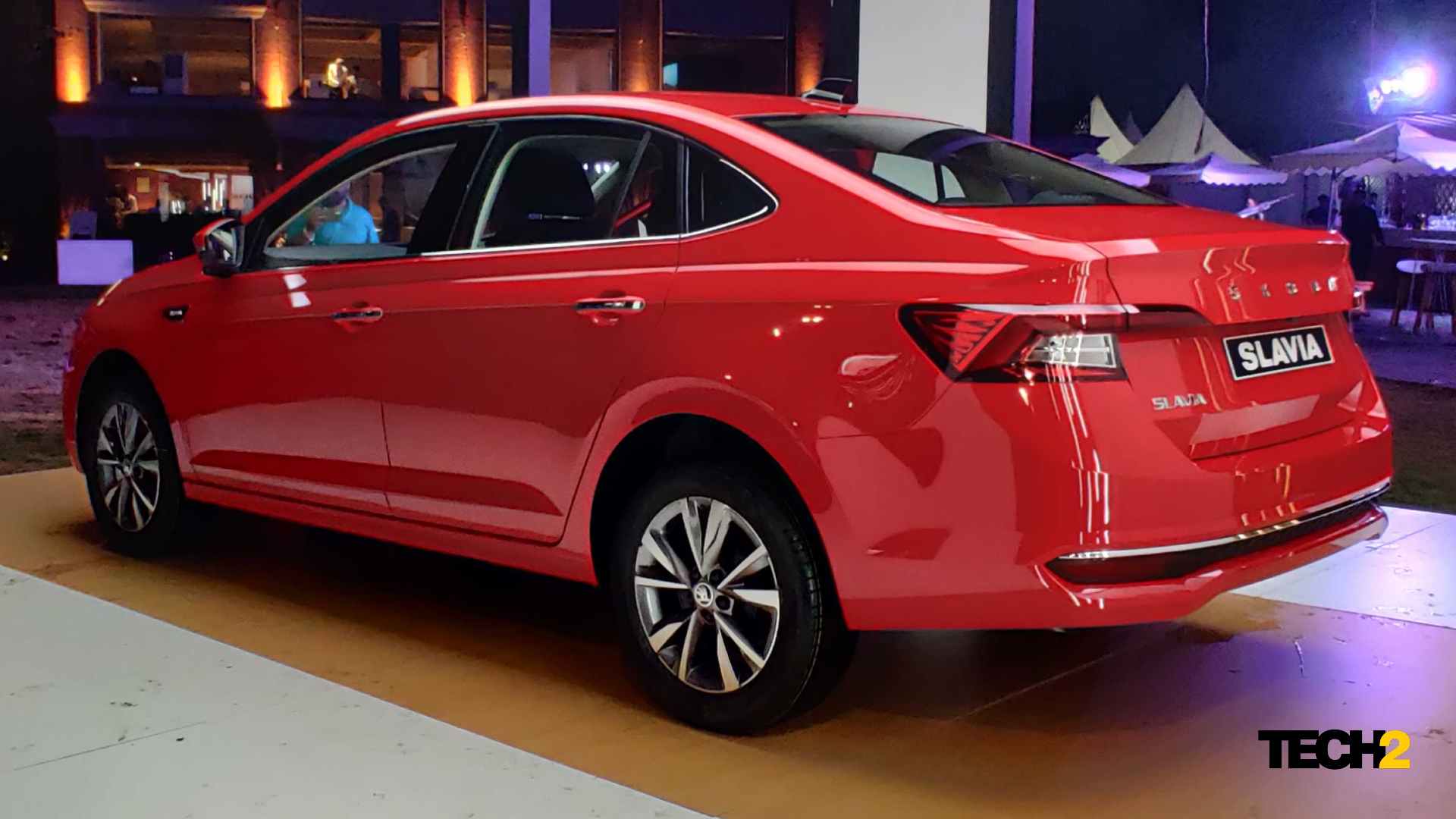 The Slavia looks best when viewed in profile or from the rear-three-quarter angle. Image: Tech2/Amaan Ahmed

Of the five colours it’ll be offered in, the Slavia looks best in Tornado Red and Crystal Blue, with all design and styling cues shining through, but the other shades will surely suit those who prefer a more understated appearance.

Anyone who has been in a Kushaq will find the Slavia’s interior rather familiar. Lots of key elements are common between both new-gen Skodas – the free-standing 10-inch touchscreen infotainment system, touch-operated climate controls, the two-spoke steering wheel with knurled click-scroller wheels, centre console and vital switches have all been borrowed from the Kushaq. To create a sense of differentiation, the Slavia gets circular AC vents at each end of the dashboard, as well as bronze-finish insert on the front passenger’s side of the dash. It’s also almost identical to the dashboard of the new Fabia, and I can’t help but wonder if that’s a hint of what is to come from the MQB A0 IN platform in the future. While plastic quality is good, some bits don’t exactly shout premium, including the part-leather upholstery. Skoda wanted to focus on prioritising rear seat passengers with the Slavia, and the long wheelbase means the sedan packs lots of interior space, especially at the back. Unlike the back of the Rapid, the Slavia will spoil buyers with the amount of room on offer. There’s nearly no transmission tunnel hump, and given its width, the Slavia’s rear seat should be able to comfortably accommodate three adults abreast. The seats themselves are pretty comfortable, with the seat squab also being sufficiently long to ensure under-thigh support, and there’s enough headroom, too. 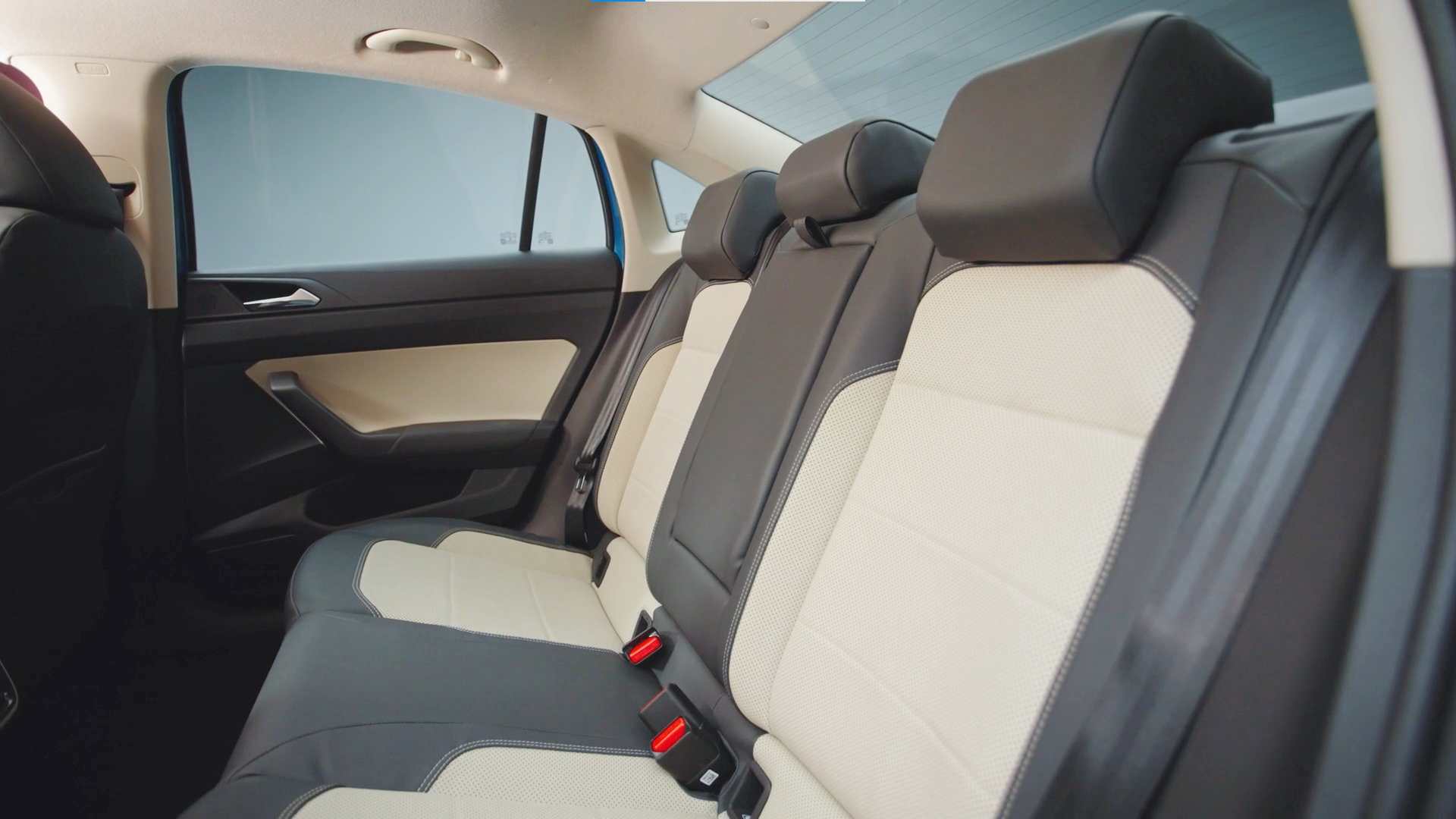 Rear seat space will be one of the Slavia’s biggest strengths. Image: Skoda

And space isn’t just limited to the passenger compartment – the Slavia also has a huge 521-litre boot (the biggest in its class) that’s deep and well-shaped, and will almost certainly gobble up a weekend outing’s worth of luggage with ease. 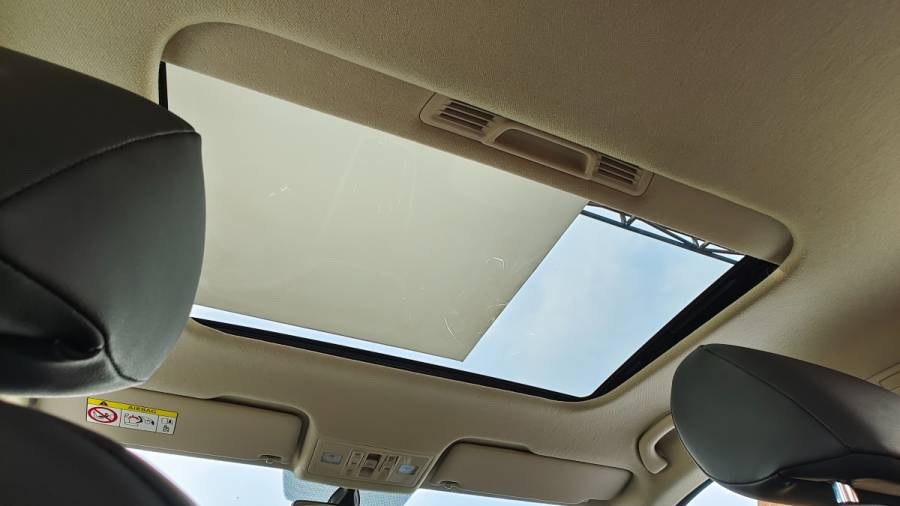 Standard-size sunroof to be on offer with the top-spec Slavia. Image: Overdrive

To further enhance the comfort factor, the top-spec Slavia, like the Kushaq, will come with ventilated front seats. Other features on offer include a standard-size sunroof, an eight-inch full-digital instruments display (something not offered on the Kushaq as yet) and a reverse camera, to name a few. The Slavia’s 521-litre boot is the biggest in its class. Image: Skoda

Just like the Kushaq, the Skoda Slavia, too, will be offered will be two turbo-petrol engine options – a 1.0-litre, three-cylinder TSI that makes 110 hp and 175 Nm of torque, and a 1.5-litre, four-cylinder TSI producing 150 hp and 250 Nm of torque; the latter making the Slavia the most powerful car in its class. The 1.5 TSI turbo-petrol will make the Slavia the most powerful petrol model in its class. Image: Skoda

From the powertrain options, it’s clear the Slavia will target both types of buyers – the chauffeur-driven, economy-minded set with the 1.0 TSI, and the thrill-seeking enthusiast types with the 1.5 TSI. That said, the 1.5 TSI DSG will almost certainly make the Slavia the most expensive option in the segment, given that the 1.5-litre turbo-petrol engine is still imported into the country, while the 1.0 TSI is heavily localised.

Bookings for the Slavia are now open, with the pre-booking amount set at Rs 11,000. The launch of the Slavia is likely to take place sometime in February 2022, and Skoda is betting big on the sedan – the company expects to sell 30,000 units of the Slavia annually, which it estimates would drive Skoda’s annual sales volume to 60,000 units in 2022. To understand the importance of the Slavia, you need to remember that Skoda’s India portfolio – with the exception of the Kushaq – is all sedans, and will stay that way till the Kodiaq facelift arrives in 2022. The Skoda Slavia is likely to be launched in February. Image: Overdrive

It’s almost certain that the Slavia will be priced lower than the Kushaq, but don’t expect it to necessarily cost a good deal less. Even with high levels of localisation, the Slavia is billed a premium sedan, and is likely to be priced between Rs 10 – 17 lakh (ex-showroom), which would make it notably more expensive than the Ciaz and Verna, and position it at the higher end of the midsize sedan segment, pitched directly against the segment-leading City, as well as the new Volkswagen sedan that will be based on the same MQB A0 IN architecture and will be launched next year.

Call of Duty, Guitar Hero and Animal Crossing among finalists for Video Game Hall of Fame