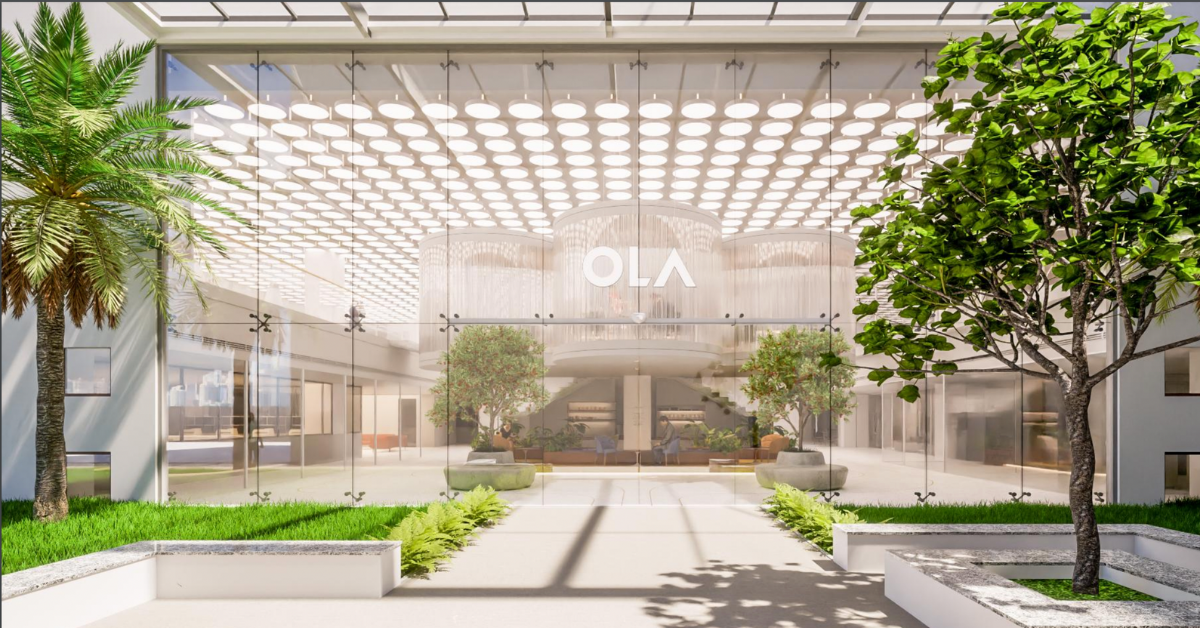 BIC will be one of the world’s largest and most advanced cell R&D facilities with over 165 unique lab equipment, said Ola Electric

Ola Electric also claimed that BIC would have the capabilities to develop complete packages of battery pack design, fabrication, and testing under one roof

The startup reiterated that it will recruit top global talent, including 500 PhDs and engineers

The development comes within a week after the startup unveiled its first indigenously developed lithium-ion (Li-ion) cell, NMC 2170, whose mass production is expected to begin by 2023.

The startup, however, didn’t specify if it will fund the new investment from its business revenue or external funding.

In a statement, the Bhavish Aggarwal-led startup said that BIC will be one of the world’s largest and most advanced cell R&D facilities with over 165 unique lab equipment to cover all aspects of cell-related research and development.

Ola Electric claimed that BIC will have the capability to develop complete packages of battery pack design, fabrication, and testing under one roof. The innovation centre would also be equipped with in-house production capability of mg to kg scale of anode and cathode material, an integrated facility for ‘Hand in Hand’ nanoscale analysis and molecular dynamics simulation. There would also be an in-house crystal structure analysis to develop new battery materials.

The startup said that BIC would host proto lines that can produce all form factors cylindrical, pouch, coin, and prismatic cells.

For the uninitiated, Lithium-ion (Li-ion) cells comprise the major portion of the Li-ion batteries. The Li-ion battery cells are currently available in various shapes and sizes like cylindrical, pouch, among others. All of them have their pros and cons in terms of the ability to handle internal pressure and temperature, stability, weight, and more.

“Electric mobility is a high growth sector which is R&D intensive. Ola’s Battery Innovation Center in Bangalore will be the cornerstone for core cell tech development and battery innovation out of India for the world,” Ola Electric founder and CEO Aggarwal said in the statement.

“BIC will house advanced labs and high-tech equipment for battery innovation and will power India’s journey towards becoming a global EV hub,” he added.

The startup reiterated that it will recruit top global talent, including 500 PhDs and engineers. An additional 1,000 researchers in India and several other global centres are also expected to form the team.

Earlier this year, Ola Electric was among the companies shortlisted by the Centre for its $2.4 Bn Production Linked Incentives (PLI) scheme for manufacturing advanced chemistry cell (ACC) batteries.

Since then, the startup has been planning several innovations in the cell and battery manufacturing space. It has also initiated talks with several global suppliers to build its battery cell manufacturing plant in the country, which might cost about $1 Bn.

Ola Electric, which was so far largely focusing on electric two-wheeler manufacturing, has started grabbing more attention for its battery and cell-manufacturing activities since several experts emphasised the importance of indigenously-built EV cells following multiple fire incidents with two-wheeler EVs.

How Zorp Is Helping Companies Build Apps For Mobile Workforce

Amsterdam needs more girls in ICT: this is how

How to start a company in 4 days – TechCrunch