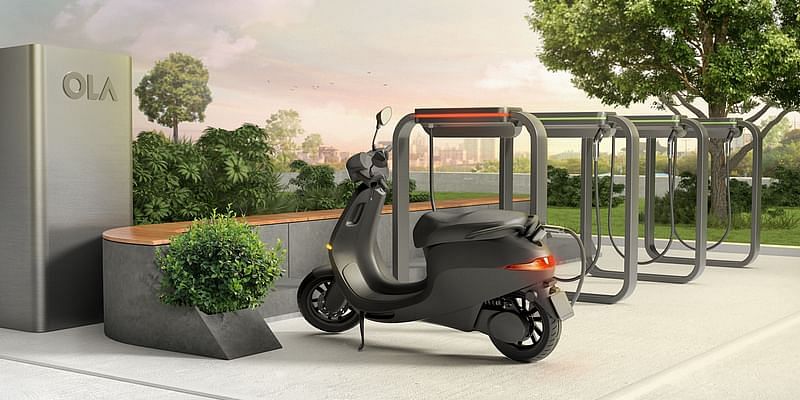 Indian ride-hailing company Ola on Thursday announced that it is launching a new electric vehicle (EV) category on its platform, which will allow riders in London to specifically book rides in a fully electric vehicle.

The new category called Ola EV has been described as a “global first” for Ola and will be available across the UK capital from this week and over time will be rolled out to other cities around the world where Ola is operational. The Ola EV category will cost riders the same as a comfort category on the Ola app.

Since launching in the UK, Ola has consistently looked to innovate and help solve the toughest mobility challenges. The launch of Ola EV is another great example, offering riders and drivers the opportunity to play their part in the journey to emission-free rides, said Marc Rozendal, Managing Director of Ola UK.

I am especially proud of the initiatives we are putting in place to help drivers make the switch to fully electric vehicles and that we have been able to do this at no extra cost to riders. I am excited to launch this category as a global first for Ola, and while Ola EV will start in London, we can’t wait to begin expanding it across the country and cities around the world, he said.

Prototype of the Ola Electric scooter

Ola EV has 700 drivers across London, and the company says this number is expected to grow quickly over the coming months. To incentivise drivers to use the new Ola EV category, Ola will offer a “market-leading” 0 percent commission rate for the first three months for all-electric rides.

Post the launch, Ola plans on extending offers through “key partnerships” to provide easy and affordable options for drivers and riders to shift to fully electric vehicles.

Ola said the move is the first step in a series of measures the Bengaluru-headquartered company will take over the coming months as part of a commitment to green transport networks, zero-emission travel and further support the Mayor of London’s plans to improve air quality across the UK capital.

It said the driver-centric approach will help to significantly increase the number of fully electric taxis or private hire vehicles (PHVs) in use on the roads and will also empower riders with an additional green option for travel needs.

“Ola has taken a holistic approach to sustainability and electric mobility,” the company said, pointing to its recent launch of the world’s largest two-wheeler factory in Tamil Nadu to build its range of electric two-wheelers.

“Ola is building this Future factory at record speed, with its first phase expected to be operational this summer and the full factory ready by next year. The company’s electric two-wheelers will be produced in this facility, which will be spread across 500 acres of land with 10 production lines and a staggering capacity of 10 million units/year,” Ola said.

The company plans to launch the two-wheeler range in the UK and Europe in the near future.

Ola says it will also provide charging solutions to all its electric two-wheeler customers with the recently unveiled Ola Hypercharger Network, the charging network for its upcoming two-wheeler products starting with the Ola Scooter to be launched in the coming months.

“Ola will offer the most comprehensive set of charging options to its electric vehicle customers through a combination of widely deployed high-speed Ola Hyperchargers and the home-charger that will come bundled with the Ola Scooter,” the company said.

The company, which began its London operations last year, has appealed a decision by Transport for London (TfL) not to renew its licence to operate in the city over historic breaches, but can continue to operate in the city while that appeal is heard. Ola has said that it continues to work with TfL to address the issues raised in an open and transparent manner.

“Ola will take the opportunity to appeal this decision and in doing so, our riders and drivers can rest assured that we will continue to operate as normal, providing safe and reliable mobility for London,” Rozendal had said last October.

Why do SaaS companies with usage-based pricing grow faster? – TechCrunch

Indian Startup Employees Made Over $159 Mn Through ESOP Buybacks