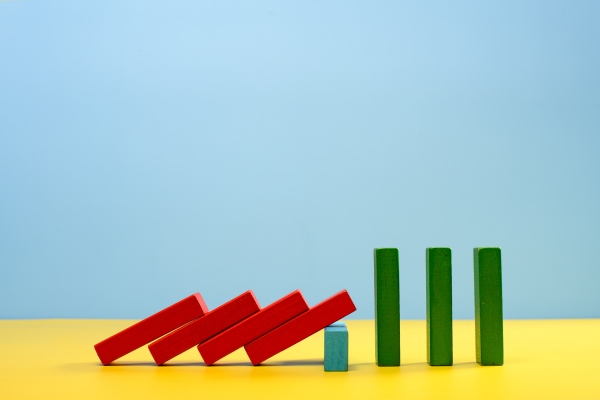 On Deck, a tech company that connects founders to each other, capital and advice, has conducted another round of layoffs just three months after laying off a quarter of staff. Sources say that over 100 people were impacted by the workforce reduction, accounting for half of the entire staff, while the company – which confirmed the layoff to TC over e-mail – said that 73 full-time employees were laid off.

When asked about the discrepancy in figures, and whether more people were impacted under a different employment status such as contractors, an On Deck spokesperson said that they have no further comments. The company is providing all those leaving the company with eight weeks of severance, three months of accelerated option vesting, and three months of healthcare coverage. Those interested in hiring laid off talent can request access to a list of people looking for new roles.

On Deck, not to be confused with small business lender OnDeck, is a company that provides capital and network support for emerging fund managers and founders. Launched in June 2019, the company first announced a Founders Fellowship and has recently grown to offer more niche programs on specific verticals.

It’s that broad focus that led to a need to scale back, based on co-founders David Booth and Erik Torenberg’s characterization of the company. “In the past two years of hyper-growth, On Deck launched communities serving over ten thousand founders and career professionals. Our team worked tirelessly to expand and cover a large surface area,” the duo wrote in a blog post addressing the layoff. “However, this broad focus also caused substantial tensions. What we’ve always projected as a strength — serving multiple user groups and building flywheels between them — also fractured our focus and brand.”

The startup says it sunsetted several communities and the layoff impacted all levels and in all departments; although it did say that no executives were laid off, which contradicts that statement. On Deck is also spinning off its career advancement arm to “focus on growing learning communities for mid-career professionals who want to accelerate their careers.” The operation will be led by a former community director, Mindaugas Petrutis, and serve On Deck’s current Design, Engineering, Data Science, Marketing, Business Development and Sales, Chief of Staff, and No Code communities.

“Allowing our founder and career programs to operate under separate entities, led by people who are super passionate about these communities, will enable each team to focus on the needs of their core customers and will ultimately lead to better outcomes,” the company told TC in a statement.

A spokesperson says that On Deck’s career development business “generates quite a bit of revenue” so it doesn’t need much additional capital – beyond some seed funding that the company has already provided – to start. The new company’s name is still in development.

Put differently, after serving 10,000 founders to date, On Deck is now focused exclusively on helping early-stage founders build to scale. Its other programs, namely those focused on career professionals, will be sunset or spun off into a new company.

It contrasts with the tone that Torenberg and Booth struck during its last layoff. In an email obtained by TC, the co-founders spoke to challenges around the firm’s recently-launched ODX accelerator.

“In 2021, we launched ODX, our accelerator. We saw an opportunity to stand up and try our hand at innovating a stagnant accelerator market. By many accounts, we succeeded in this goal,” the email reads. “Unfortunately, over the same time period, the market began shifting dramatically. A few months in, the capital and accelerator markets were materially different from where they had been when we started. These factors forced us to reflect and consider how On Deck would continue for the future, support our communities and ensure long-term sustainability.”

While the accelerator may have needed to scale back, On Deck did tease a return to its founder-focused roots in May. The company rebooted its On Deck Founders platform, which helps founders scale their startups through IRL and virtual programming, as well as On Deck Scale, a program for founders behind high-growth businesses to understand how to become better leaders.

Sources estimated that the first round of layoffs occurred because On Deck only had nine months of runway left. The startup last raised known venture capital funding in March 2021, a $20 million Series A round led by Founders Fund.

Now, the startup did not answer whether or not it plans to raise capital soon, but did say that it is well capitalized enough to have its runway at over three years.

What the Story of David and Goliath Taught Me About Competing With Large Firms – Business Documents, Forms and Contracts

Methods To Save Water in Commercial Buildings