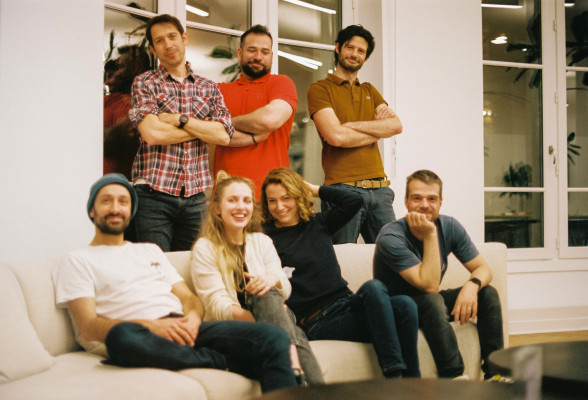 French startup Biloba has raised a $1.7 million funding round (€1.4 million) a few months after launching its pediatrics app that lets you chat with a doctor whenever you have a question. In addition to raising some money, the startup also recently added in-app prescriptions.

Biloba’s concept is surprisingly simple. It’s a mobile app that lets you reach a general practitioner and a nurse whenever you have a medical question about your child. The service is available from 8 AM to 10 PM.

When you start a conversation, it looks like a messaging app. You can send and receive messages but also send photos and videos. There’s no real-time video conversation, no appointment. The company says that you usually get an answer in less than 10 minutes.

A text conversation will never replace a visit to the pediatrician. And there are many medical interactions and milestones after a baby is born. But you may have questions and you don’t want to wait for the next appointment.

And if it’s a relatively harmless issue that doesn’t need an in-person appointment, Biloba can now issue prescriptions. You receive the prescriptions in the app and it is accepted in all French pharmacies. The startup uses Ordoclic for that feature.

Biloba thinks people shouldn’t pay per consultation — even though people are particularly well covered by the French national healthcare system and private health insurance. Instead, the startup has opted for a subscription model.

Parents pay €12.99 per month, €24.99 for a three-month subscription or €79.99 per year. After that, you can start as many conversations as you want. Biloba subscriptions aren’t covered by the French national healthcare system.

Basically, if you can afford a subscription, Biloba can increase the frequency of interactions with doctors, which should lead to better medical advice.

Here Are The Indian Apps That Track The Modern Lifestyle