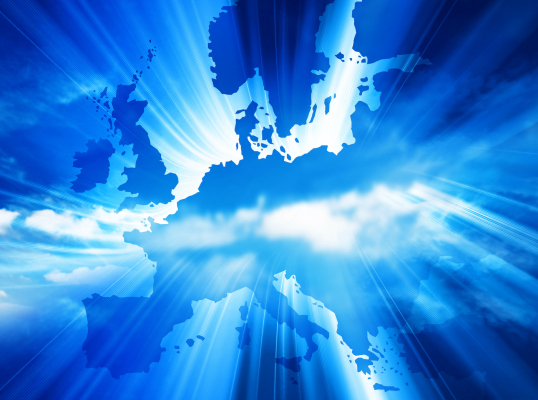 This Friday at its annual Digital Day, the European Commission will be launching a “legislative instrument” called the EU Startup Nations Standard (SNS). Now, before you think I’m about to bore you to death, you might like to know that the SNS is a huge political initiative. It will aim to make the European Union the most attractive place to create a startup, in comparison with obvious global leaders like the U.S. Therefore, its significance is not to be underestimated.

The idea is for EU Member States to implement a set of “best practice” policies for startups (many of which already exist in parts of the EU), ranging from startup visas to better implementation of stock options in company law. If EU member states all sign up to the EU’s ideas, the hope is that startups get better conditions, stay in the EU rather than leaving for the U.S. (or, now, the U.K.) and the SNS will mean more peer-pressure between Member States to get all these conditions right.

Sources close to the European Commission tell me that the yet unreleased SNS will be wide-ranging and call on EU member states to implement several startup-friendly policies, launched during the Portuguese presidency of the EU, a country where startups are now flourishing. Member States which become signatories of the Standard will be expected to deliver on a number of policy areas.

I have seen leaked drafts of the SNS and it clearly includes some big proposals, assuming they are all contained in the final, published draft. They include the expectation that signatories will need to change national rules around stock options to ensure employee share ownership is not subject to capital gains tax until the moment of cash receipt. They will also need to allow startups to issue stock options with non-voting rights; fast-track the process of creating a new company to within one day for 100 EUR; accelerate visa processing for tech talent from outside the EU, and incentivize the return of EU tech-talent. There is also an exhortation to leverage the €750 billion of Recovery and Resilience Facility (RRF) to support startups, and reduce regulatory red tape and the create regulatory sandboxes. For many EU countries, it should be relatively easy; for others, there will be some legislative hurdles to leap. But most observers say these provisions are overdue and necessary.

EU-based campaign groups are, generally speaking, wildly in favor of the SNS. Allied For Startups tells me they are “enthusiastic about the potential of the instrument”. They say the provisions are a collection of best practices that already exist, challenge Member States to do more and set “binary challenges” that states can either fulfill or not (like launch a startup online in a day). But that depends if all the things they hope for come to pass. They are waiting with bated breath to find out if the provisions have been watered down or how many Member States sign up to it all.

There are other groups that are enthusiastic but also concerned. Not Optional, a policy initiative funded by Index Ventures, has, this week, published an open letter signed by many of Europe’s leading investors, startup associations and entrepreneurs, including those who founded Stripe, Personio, Klarna, Wise, Trustpilot, UiPath and Alan.

However, the group is also urging EU Member States to turn the recommendations into actual national legislation, and not just stay on the books at the EU Commission.

Not Optional points out that its own ranking of European nations’ stock options policies showed dramatically stark differences around how EU members states treat the issues, with, for instance, Latvia, Estonia and France ranking highly, while founders in Germany, Spain and Belgium still face barriers when they try to use stock options to incentivize staff and attract talent.

But we are not out of the woods yet.

While there is enthusiasm emanating from the corridors of Brussels, my sources tell me that some countries, such as Germany, may be looking to water down the SNS in some aspects. In particular, Germany has been kicking up a fuss about the startup-in-a-day provision, on the grounds that identity checks may take longer. Given the U.K., an EU member until only recently, has had this capability for at least 10 years, Germany’s protestations seem somewhat over-egged.

All eyes will be on the announcement on Friday.

How Digitisation Can Be A Gamechanger For Logistics Startups

The Startup Magazine The Financial Services of a Dallas CPA Firm

Writing helper Copy.ai raises $2.9M in a round led by Craft Ventures – TechCrunch