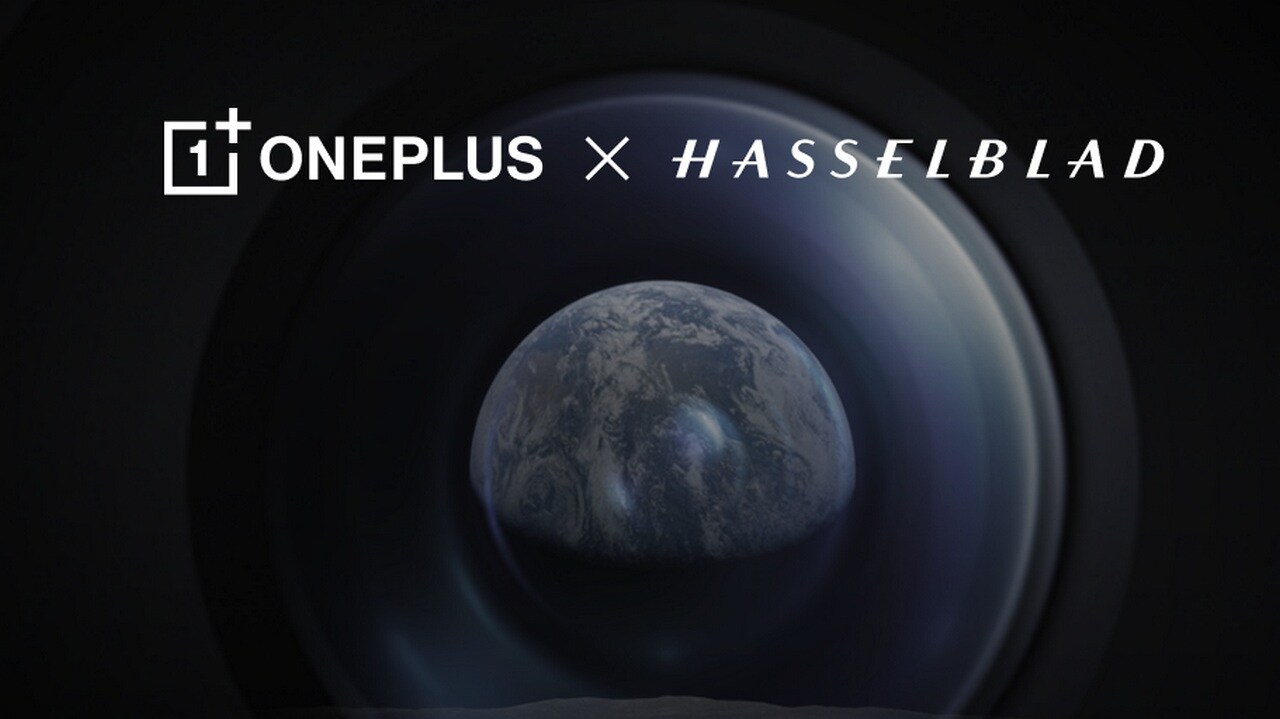 At the much-teased ‘8 March’ announcement today, OnePlus revealed that it has teamed up with Hasselblad to co-develop the “next generation of flagship smartphone cameras”. The company has committed to invest $150 million in camera development over the next three years. OnePlus has also confirmed that the much-awaited OnePlus 9 series will finally make its global debut on 23 March. An Amazon teaser also confirms the same and has revealed that the launch event will kick off at 7.30 pm IST on 23 March. It all begins with a simple thought. Discover the #OnePlus9Series, co-developed with @Hasselblad, on March 23.

OnePlus reveals that together with Hasselblad, the company will work on a “panoramic camera with a 140-degree field of view, T-lens technology for lightning-fast focus in the front-facing camera, and a freeform lens”. According to the company, the OnePlus 9 series will be the first to introduce this tech that focuses on removing edge distortion in ultra-wide photos. The OnePlus 9 series will also come with a Sony IMX789 sensor and support for capturing 4K 120FPS and 8K 30FPS video.

For the uninitiated, 52 year ago, Hasselblad sent the first camera to the moon, and was used to capture the iconic picture where the earth is seen from the moon. Astronauts Buzz Aldrin and Neil Armstrong used the cameras to document the moon and life aboard Apollo 11.

As per a previous report, OnePlus 9 series is likely to include OnePlus 9, OnePlus 9 Pro and OnePlus 9R.

OnePlus 9 Pro is expected to come with a 48 MP quad rear camera system, 6.7-inch 120 Hz AMOLED display, a Qualcomm Snapdragon 888 processor, with 8 GB RAM and 128 GB storage. The device will reportedly not support storage expansion. Along with the 48 MP primary sensor, the OnePlus 9 Pro will also feature a 50 MP secondary camera, an 8 MP sensor and a 2 MP camera.

Further report suggests that the OnePlus 9 Pro will come with Android 11 out-of-the-box.

OnePlus 9R is likely to include a 6.5-inch display with 2400 × 1080 pixel resolution alongside a 64 MP primary camera and a Snapdragon 690 chipset. The smartphone might feature an 8 MP ultrawide lens and the battery is expected to come in at 5,000 mAh. The base variant of the OnePlus phone is expected to come with 8 GB RAM and 128 GB storage.

The report further added that the device could be powered by the Snapdragon 888 and features a 6.55-inch Fluid AMOLED display with a 120Hz refresh rate.

When it comes to the camera specifications, the device is expected to sport a 48 MP main lens along with a 50 MP secondary lens as well as a 2 MP module. The device boots Android 11.

Google is sneakily cutting off support for older phones on Android Auto by forcing an update- Technology News, FP

Jeff Bezos’ Blue Origin gets nod to send him and three others to space- Technology News, FP

After iPhones, Apple plans to move iPad’s production away from China and in to India- Technology News, FP