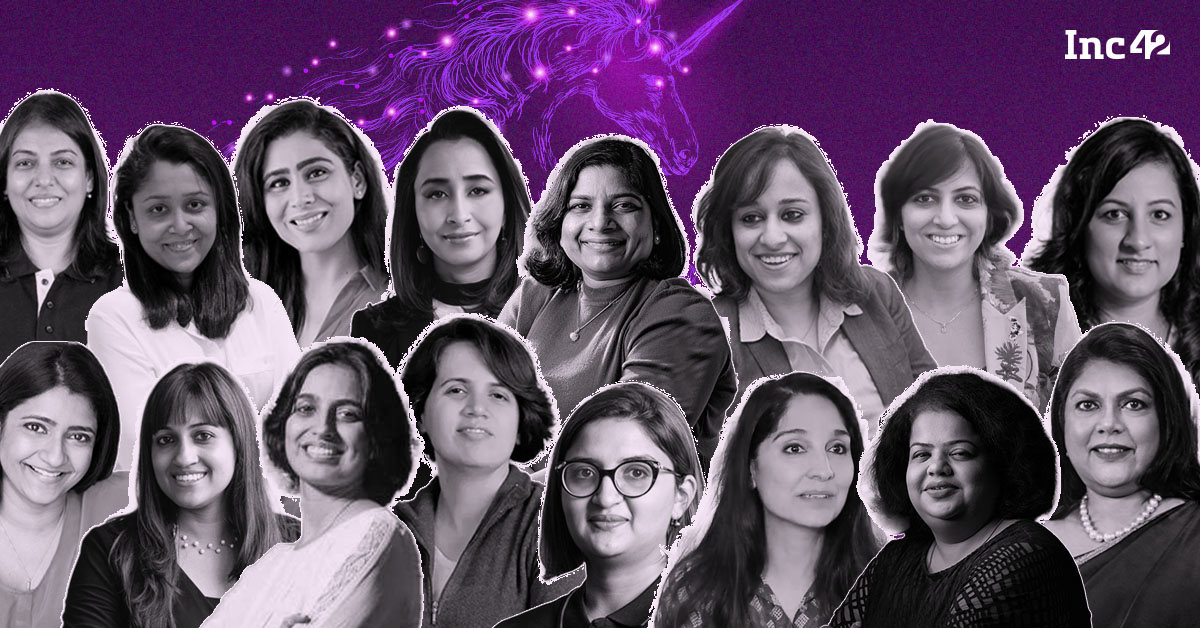 Only 15% of Indian unicorns have at least one female founder

Delhi NCR has seven unicorns with female founders as compared to five from Bengaluru, three from Mumbai

The Indian startup ecosystem achieved a historic milestone last week, with neobanking platform Open turning unicorn with its latest funding round, becoming the 100th startup to enter India’s unicorn club. While this certainly calls for celebration, it is also an opportunity to identify the shortcomings and work on them so that India can get the next 100 unicorns, or even 500 unicorns, at a much faster pace.

One of the areas which require attention is the gender divide. The Indian startup ecosystem needs to have more women founders and investors, as the current numbers on women participation paint a stark picture.

Only 15% of the Indian unicorns have at least one female founder, while the funding raised by startups founded only by woman/women is also minuscule. 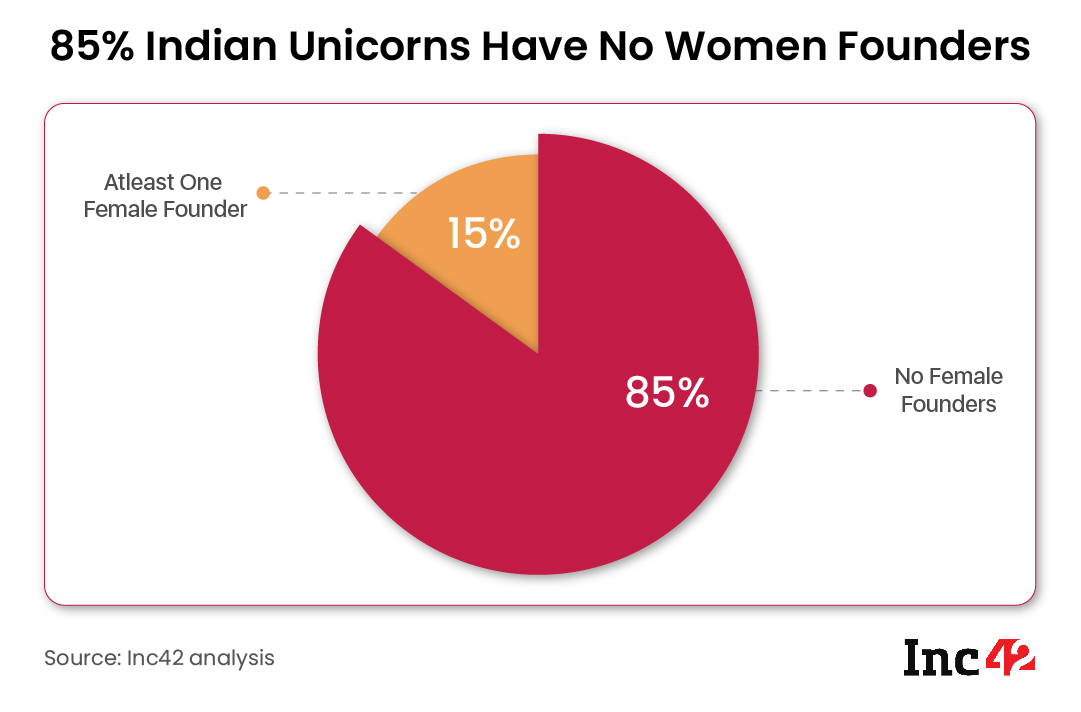 Multiple studies have pointed out that having more women founders can not only lead to higher participation of women in the workforce but also add a significant amount to the economy of the country and the world. So, what is keeping women away from starting up?

According to Nupur Garg, founder of WinPe, the whole societal construct is at play here – what the industry generally calls a pipeline issue. From early childhood, a girl child is brought up with certain limitations, she pointed out.

“If you want to be an entrepreneur, you need networks, you have to reach out to people to find a cofounder or for funding, advice and discuss what your plan is. But from a very early childhood, girls are brought up to say don’t hang out, don’t go out, stay at home. And there are very few societies where women have financial independence, but to become an entrepreneur, you need to take a risk with your money,” Garg told Inc42.

As women grow up, they are then expected to find a job that is conducive to their family life, Garg noted. In stark contrast, entrepreneurship demands 24*7 commitment. There are very few women entrepreneurs partly because stereotypical upbringing has not given them an equal amount of freedom to think that they can go out and build their own business, she added.

Where Is The Problem?

The discrimination against girls starts right at the bottom of the pyramid. As per the Unified District Information System for Education Plus 2020-21 report, the dropout rate of girl students was at 2.3% for upper primary level, compared to 1.6% for boys. However, the average dropout rate of boys at the secondary level was slightly higher compared to girls, 14.9% and 14.2% respectively.

Besides, the COVID-19 pandemic is widely believed to have severely impacted the education of students with weak financial backgrounds, especially girls.

However, on the brighter side, more than 12.2 Cr girls enrolled in primary to higher secondary school in 2020-21, an increase of 11.8 Lakh as compared to the enrollment of girls in 2019-20, according to the latest report from the Unified District Information System for Education Plus. The gender gap in higher education also narrowed down in India during 2015-2020 as there was an 18% increase in college enrolment of female students, according to All India Survey on Higher Education. However, the data is from pre-pandemic time.

Which Indian Unicorns Have Female Founders?

Falguni Nayar, founder of Nykaa, became India’s wealthiest self-made woman entrepreneur last year after the beauty ecommerce platform’s stellar debut on the stock exchange. Nayar is also the first Indian woman to lead the public listing of a startup. Her success has also given a role model to the inspiring women founders in the country.

How Tough It Is For Women Founders To Raise Funding

As founders like Nayar are setting examples for the youth of the country, many women are choosing to become entrepreneurs to build on their ideas. However, once a woman decides to become an entrepreneur, there is a huge gap in terms of how the ecosystem helps her in that journey, according to Garg.

“If we look at the investment process, there are numerous instances of irrelevant questions that women get asked such as if she is married, if she has kids, if her husband is the co-founder. The investors often address junior male colleagues during a meeting. So even after a woman crosses various hurdles to turn entrepreneur, we don’t see many women-led startups coming out as funded ones. The journey is very difficult and surrounded with biases,” she added.

According to an Inc42 analysis, Indian startups with at least one female founder or cofounder raised $4.7 Bn in funding in 2021. The numbers account for a  minuscule share of the total $42 Bn funding raised by startups. Overall, between 2014 and 2021, women-led startups raised $9.4 Bn in funding, which is 8.4% of the $112 Bn raised by Indian startups.

On the other side of the table, there are very few women as decision-makers in investment firms. In private equity and venture capital teams in India, women representation was at 16% in 2020, while it was significantly lower at 5% for senior positions, according to the Indian Private Equity Report 2021. Hence, women founders face a lot more barriers in fundraising, especially due to the lack of a professional network.

A Change On The Horizon?

The scenario seems to be changing, albeit at a slower pace. According to Inc42 unicorn tracker, 79% of Indian unicorns with a female founder were incorporated after 2011. It shows that the last decade has witnessed more women coming into entrepreneurship. After 2020, 11 out of 15 startups with a female founder attained a valuation of $1 Bn.

The problem needs to be addressed at an ecosystem level as well. “We need more women as investors, more women in the ecosystem, and then the number of biases, especially biased questions that women entrepreneurs face will reduce. Industry needs to be sensitised and made  aware that there are biases at play and encouraged to adopt objective processes for screening,” according to Garg.

She said that even if a startup does not have a woman entrepreneur on the team, investors and founders can make an effort to bring more women either onboard or in senior positions to reap the benefits that come from having diverse teams.

Zomato takes another environmentally-conscious step; users will now have to ask for cutlery