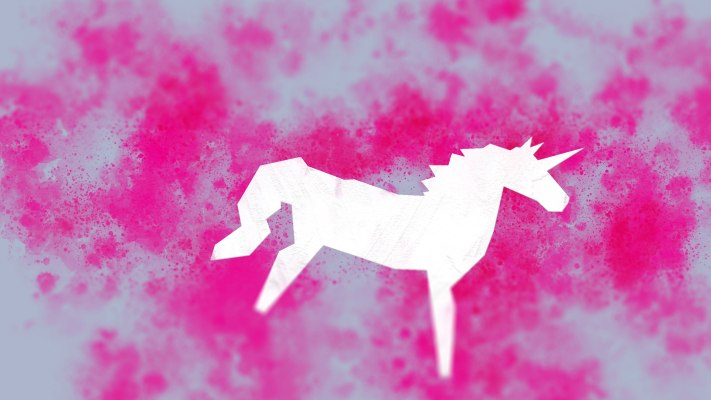 Outschool, a marketplace providing small-group, virtual after-school activities for children, has raised a $75 million Series C led by Coatue and Tiger Global Management. TC first learned of the round from sources familiar with the transaction; the company confirmed the deal to TC.

The new funding values Outschool at $1.3 billion, around four times higher than its roughly $320 million valuation set less than a year ago.

Outschool has raised $130 million in venture capital to date, inclusive of its new round.

The company’s valuation growth curve is steep for any startup, let alone an edtech concern that saw the majority of its growth during the pandemic. But while CEO and co-founder Amir Nathoo says his company’s new valuation is partially a reflection of today’s fundraising frenzy, he thinks revenue sustainability is a key factor in his company’s recent fundraise.

The new unicorn’s core product is after school classes for entertainment or supplemental studies, on an ongoing or one-off basis. As the company has grown, ongoing classes have grown from 10% of its business to 50% of its business, implying that the startup is generating more reliable revenue over time.

The change from one-off classes to enduring engagements could be good for the company and its students. On the former, recurring revenue is music to investor ears. On the latter, students need repetition to develop close relationships with a course and a group. Ongoing classes about debate or a weekly zombie dance class makes for a stickier experience.

Nathoo says everyone always asks what the most popular classes are, but said it continues to change since its main clientele – kids – have evolving favorites. One week it might be math, the other it might be Minecraft and architecture.

Its changing revenue profile helped Outschool generate more than $100 million in bookings in 2020, compared to $6 million in 2019 and just $500,000 in 2017. Nathoo declined to share the company’s expectations for 2021 beyond “projecting to grow aggressively.”

Outschool reached brief positive cash flow last year as a result of massive growth in bookings, but Nathoo shared that that has since changed.

“My goal is to always stay within touching distance of profit,” he said. “But given the fast change in the market, it makes sense to invest aggressively into opportunities that will make sense in the long-term.”

Nathoo expects to grow Outschool’s staff from 110 people to 200 by the end of the year, with a specific focus on international growth. In 2020, Outschool launched in Canada, New Zealand, Australia and the UK, so hiring will continue there and elsewhere.

On the flip side, Outschool isn’t  teachers at the same clip it was at the height of the pandemic in the United States. When the pandemic started, Outschool had 1,000 teachers on its platform. Within months, Outschool grew to host 10,000 teachers, a screening process that the founder explained was resource-heavy but vital. Outschool makes more money if teachers join the platform full-time: teachers pocket 70% of the price they set for classes, while Outschool gets the other 30% of income. But, Nathoo views the platform as more of a supplement to traditional education. Instead of scaling revenue by convincing teachers to come on full-time, the CEO is growing by adding more part-time teachers to the platform.

Similar to how Airbnb created a host endowment fund to share its returns with the people who made its platform work, Outschool has dedicated 2% of its stock to creating a similar program to reward teachers on its platform in the event of liquidity.

One of Outschool’s most ambitious goals is, ironically, to go in school. While some startups have found success selling to schools amid the pandemic, district sales cycles and tight budgets continue to be a difficult challenge for scaling purposes. Still, the startup wants to make its way into students’ lives through contracts with schools and employers, which could help low income families access the platform. Nathoo says enterprise sales is a small part of its business, but the strategy began just last year as part of COVID-19 response. It is currently piloting its B2B offering with a number of schools.

Outschool will also consider acquiring early-stage startups focused on direct-to-consumer learning in international markets. While no acquisitions have been made by the startup to date, consolidation in the edtech sector broadly is heating up.

Nathoo stressed that Outschool’s continued growth, even as schools reopen, has de-risked the company from post-pandemic worries.

“There’s going to be a big spike of in-person activities because everyone is going to want to do that at once,” he said. “But then we’re going to settle at some more even distribution because the future of education is hybrid.”

He added that Outschool’s ethos around online learning hasn’t changed since conception. The company has never seen opportunity in the for-credit, subject-matter digital education sector, and instead has focused more on supplemental ways to support students after school.

“That’s the piece of the education system that is underserved and that was missing,” he said. “The advantages of online learning will remain in the convenience, the cost, and the variety of what you can get that isn’t always available locally.”

Editor’s note: A previous version of this story stated that Outschool was dedicating 2% of its round to teachers. This is incorrect, it has dedicated 2% of stock. A correction has been made to update this change.

Key Risks Identified By The Management