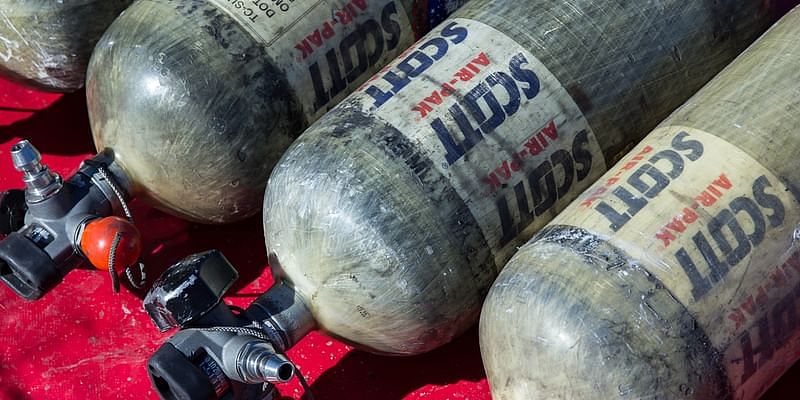 The railways has so far delivered 15,284 tonnes of liquid medical oxygen (LMO) in 936 tankers to various states through its Oxygen Express service, the national transporter said on Sunday.

So far, 234 Oxygen Expresses have completed their journey and brought relief to various states, while nine loaded Oxygen Expresses are currently on the run with more than 569 tonnes of LMO in 31 tankers.

The first Oxygen Express to Assam with 80 tonnes of LMO in four tankers reached Assam on Sunday.

The delivery of LMO by Oxygen Expresses to Karnataka has crossed the 1,000-tonne mark, the railways said in a statement.

On an average, Oxygen Expresses have been delivering over 800 tonnes of LMO to various states each day now.

The railways has mapped different routes with oxygen supply locations and keeps itself ready with any emerging need of states. States provide tankers to the Indian Railways for bringing LMO.

Oxygen Expresses started their deliveries on April 24 in Maharashtra with a load of 126 tonnes. Its first service began when empty tankers left Mumbai on April 19 to be loaded with the life-saving gas.

Criss-crossing the country, the Indian Railways is picking up oxygen from places such as Hapa, Baroda, Mundra in the West and Rourkela, Durgapur, Tatanagar, Angul in the East and then delivering it to states of Uttarakhand, Karnataka, Maharashtra, Madhya Pradesh, Andhra Pradesh, Rajasthan, Tamil Nadu, Haryana, Telangana, Punjab, Kerala, Delhi, Uttar Pradesh and Assam in complex operational route planning scenarios.

The average speed of these critical freight trains is way above 55 kmph in most cases over long distances. Running on high priority Green Corridor, with a highest sense of urgency, operational teams of various zones are working round the clock in most challenging circumstances to ensure that oxygen reaches in the fastest possible time frame. Technical stoppages have been reduced to one minute for crew changes over different sections.

On Saturday, in a first, an Oxygen Express train piloted by an ‘All Female Crew’ arrived in the Bengaluru with 120 tonnes of medical oxygen from Jamshedpur.

What makes data science a promising vertical for Scaler Academy?

Pickrr’s ‘The Super Startups’ awards gets overwhelming response; winners to be announced soon

Nine countries and counting: 4700BC