The updated Tata Tigor EV – now powered by the company’s Ziptron technology – has been launched in India at a starting price of Rs 11.99 lakh, making it the most affordable electric car on sale in India today. Offered in three variants, the Tigor EV is available in XE (Rs 11.99 lakh), XM (Rs 12.49 lakh) and XZ+ (Rs 12.99 lakh, all prices ex-showroom) variants. At these prices, the Tigor EV significantly undercuts the hugely popular Tata Nexon EV, prices for which start at Rs 13.99 lakh.

Technically, the Tigor EV was never discontinued – a few weeks ago, it was rebranded the Xpres-T, and positioned as a fleet-only offering. However, despite being facelifted, the electric compact sedan carried on with its older 72-volt architecture and 21.5 kWh battery pack. Tata’s Ziptron technology – which debuted with the Tata Nexon EV – packs in capabilities far superior to those of the Xpres-T’s powertrain. 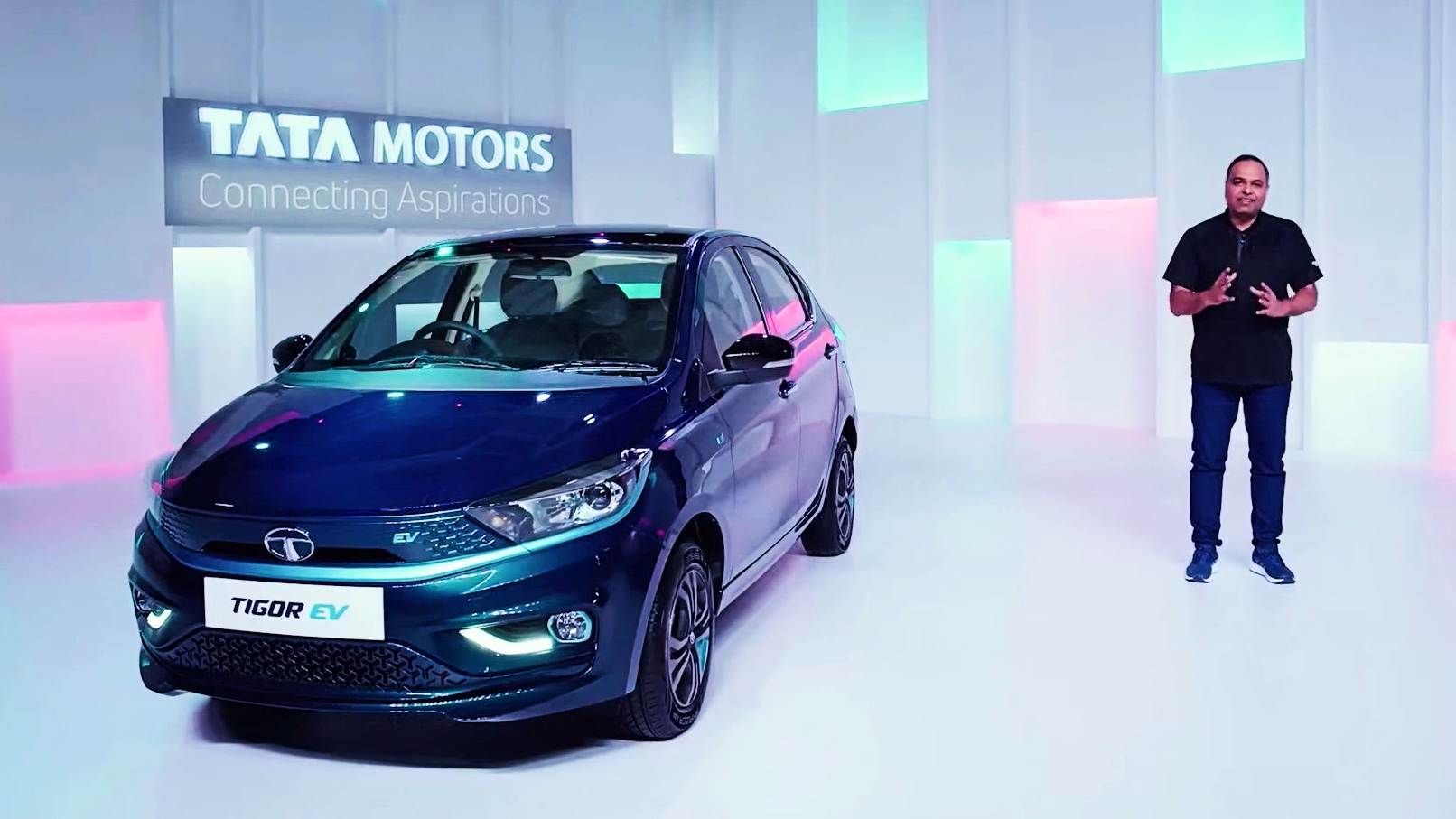 Despite the smaller battery, the Tata Tigor EV Ziptron comes close to matching the Nexon EV on the range front, with its ARAI-certified range of 306 kilometres on a full charge. Both the battery and motor get an eight-year, 1,60,000-kilometre warranty. What’s more, the Tigor EV has also secured four stars in the Global NCAP crash tests, becoming the first made-in-India electric vehicle to receive a rating from the global safety watchdog. The new Tata Tigor EV’s motor puts out 75 hp and 170 Nm of torque, which, while lower than those of the Nexon EV, is still a significant jump over the Xpres-T (34 hp and 65 Nm more), with a claimed 0-60 kph time of 5.7 seconds. What’s more, Ziptron technology will enable the Tigor EV to be fast-charged from 0 to 80 percent in about an hour’s time; a significant improvement over the Xpres-T, which takes about double that time.

In terms of equipment, the Tata Tigor EV Ziptron will feature automatic climate control and a portable charging cable as standard, and will also get a height-adjustable driver’s seat, power-folding ORVMs, a 7.0-inch Harman touchscreen infotainment system with four speakers and four tweeters, push-button start as well as the iRA connected car suite with over 30 connected car functions. Boot space is rated at 316 litres, which goes up to 375 litres if a buyer chooses to ditch the spare wheel.

It will be available in two colours, and there will also be a contrast roof option available for buyers of the top-spec XZ+ variant for an additional outlay of Rs 15,000.

The icing on the cake is the CCS2 charging standard the Tigor EV is compatible with, which will grant it access to India’s rapidly-expanding EV fast-charging network. Tata Motors says it has gone from having 60 charging points in January 2020 to over 640 charging points all across India at present, connecting major cities and highways.

XiaoIce is the AI chatbot that millions of lonely Chinese are turning to for comfort- Technology News, FP

Nothing Phone 1 is being manufactured in India, will be sold via Flipkart- Technology News, FP