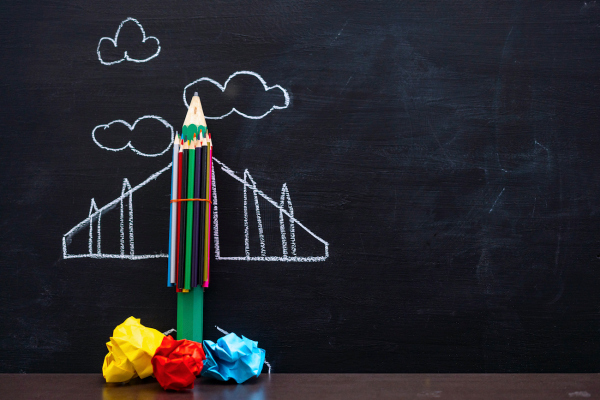 Special purpose acquisition vehicles regained popularity in 2020 as an alternative way to take startups public, and now they are eyeing edtech companies.

So far, Skillsoft has gone public through Churchill Capital, and Nerdy, parent company of Varsity Tutors, did the same through a reverse merger with TPG Pace Tech Opportunities. On the investor side, Edify and Adit EdTech Acquisition are both separate, $200 million SPACs for education companies.

SPACs are not being used to prop up companies that can’t go public through traditional means.

But is there anything specific to SPACs that makes them a better route for edtech companies than a traditional IPO or direct listing? To explore the question, I reached out to Chuck Cohn, CEO of Nerdy, which is currently in the process of being SPACed by TPG, and Susan Wolford, chairperson of Edify Acquisition, a $200 million SPAC for edtech companies.

Nerdy’s business is growing, but the company doesn’t expect to be profitable until 2023 and wants to drive revenues up 31% and 43% from its 2020 and 2021 expectations, respectively. Cohn said the balance sheet looks the way it does because they are heavily investing in product and engineering, and focusing on being well-capitalized.

The SPAC, he said, is an opportunity to accelerate Nerdy’s core business: “It’s less about going into the public markets, and more about that this transaction allows us to take an offensive position and lean into the big opportunities.”

Cohn said they pursued a SPAC because it is a faster route to going public. As vaccines roll out, growth in remote learning will slow, which could hurt growth expectations — especially ones as ambitious as Nerdy’s. For that reason, it’s clear why some edtech companies want to get out to the public markets as soon as possible.

Despite some naysayers, Cohn said SPACs are not being used to prop up companies that can’t go public through traditional means.

“I think that perception was fair a year ago,” he said. “But if you look at companies that have taken this route recently, including OpenDoor, they are very high quality. There’s a fundamental perception change.” He added that “SPACs have been reaching out over the years,” but the timing felt more fortuitous due to TPG’s interest and track record.

On the other side of the table, Wolford said she is currently searching for an edtech company to bring public on behalf of Edify, a $200 million SPAC she has raised. She noted that PIPE instruments, aka private investments in public entities, have helped de-risk SPACs for the general audience. These instruments have been around for decades, but Wolford said they recently became more mainstream to use in SPACs.

Entered the unicorn club? Here are the 6 things you need to do next

How Whatfix’s Acquisition Of Leap.is Is A Win-Win For Everyone