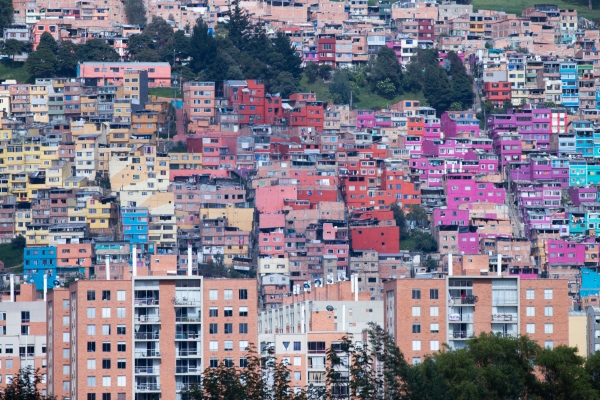 PayU, the fintech business controlled by Prosus with operations in 50+ countries — it’s been described as the PayPal of emerging markets — announced a double-deal today to expand its presence in Latin America. The company has acquired Ding, a platform that lets people top up mobile phone credits for others remotely; and it has led a $46 million investment in to Treinta, a financial “superapp” aimed at small businesses. Ding has 300,000 monthly active users transferring about $10 million per month; and Y Combinator alum Treinta, which launched only 18 months ago, has 4 million customers.

Notably, both are based in Colombia but provide services across the Latin America region (and in the case of Ding, globally). For PayU and Prosus, the deals are significant for two main reasons:

First, they are helping Prosus tap into what continues to be a fast-growing market. The company quotes figures from the U.S. Department of Commerce that estimate Colombia alone to have the fifth largest e-commerce market in Latin America, which as a region is projected to reach 260.2 million digital shoppers by the end of 2022, overtaking the U.S., with $167.81 billion in purchases.

Second, the move speaks to how PayU and Prosus are looking to add more diversification to its investment base. It’s a development that’s interesting considering its proximity to Prosus rethinking investments in other regions, specifically the currently-pariah state of Russia, including a $770 million write-down in March of its investment in social network VK.

“Our recent activity in Colombia reflects PayU‘s desire to provide seamless online and cross-border transactions for merchants and consumers,” said Mario Shiliashki, Global CEO of PayU‘s payments division, in a statement. “These are just two examples of how we are providing useful products and services to millions of people in their daily lives. PayU has helped to facilitate the evolution of online payments in Colombia since 2011 and we are proud to be extending our services to promote financial inclusion for SMEs in both Colombia and globally.”

Digging into the individual deals, Ding is the operating name of Tecnipagos, which itself was a spinoff from CredibanCo, a payment services provider in the country that has been around for 50 years. It looks like Ding had never had any outside funding prior to getting spun out and scooped up.

The financial terms of the Ding acquisition — was first reported earlier this month, before it closed — are not being made public, but they may be in future financial statements from Prosus. Prosus itself was listed in 2019 by South African multimedia conglomerate Naspers as a separate, public company that contained all of the company’s tech businesses, which includes PayU and other e-commerce and fintech investments, as well as a significant holding in China’s Tencent. Prosus has a current market cap of $152 billion — a figure largely boosted by that Tencent stake.

For some context on the size of what PayU is acquiring, Ding claims to have some 300,000 monthly active users and makes 30,000 transfers daily totaling some $10 million processed each month.

PayU describes Ding as a payments app, but its focus has squarely up to now been transfers for a single purpose: topping up credit for mobile phones. This in itself is a significant business, and often one that goes hand-in-hand with more general remittance services. Mobile phone credits are used for more than just making calls in emerging markets (the phones become a proxy for bank accounts in many developing markets where traditional banking services are expensive or underdeveloped). Oftentimes money that is sent from friends or family comes in the form of mobile credits. This paves the way for PayU to develop more remittance services around Ding, and potentially extend its existing remittance operations to Ding’s customer base.

Treinta — which means “thirty” in Spanish — is not disclosing its valuation, and PayU also declined to comment on the figure.

The startup has only been around for 18 months and it says that it already has some 4 million SMB customers in 18 countries.

Treinta itself is tapping two trends that are big in fintech at the moment. The first involves a wave of fintech businesses building “all in one” platforms, where customers might come for one specific service — financing, or invoicing, or current account services, for example — and are being upsold to related offerings, which themselves are build around a wider dataset that the fintech is building about that particular customer. These services often bring in technology behind the scenes from third parties, using APIs to embed those white-label products and brand them as their own.

The second is Treinta’s focus on small businesses — a cornerstone of the global economy, yet one that has been traditionally underserved by technology. Treinta estimates that there are some 50 million small businesses (it describes them as “microenterprises”) in Latin America, with some 90% of them yet to adopt any kind of tech at all to manage their finances, so it’s a large potential market.

PayU, as a provider and builder of fintech solutions, will be able to leverage Treinta as a channel for getting its own customer-facing tech deeper into the market in Colombia and the rest of Latin America, but Treinta will also become another retail channel for PayU’s under-the-hood technology.

“By acquiring and investing in businesses like Ding and Treinta, both global and local SMEs are able to expand their business within LatAm, providing the best payments service with the consumer experience first in mind,” said Francisco León, PayU‘s CEO for Latin America, in a statement. “We are very excited to expand the reach of Treinta and Ding’s innovative solutions, particularly as these services are fully aligned with our strategic goal of creating a world without financial borders.”

While a lot of PayU’s activity has been in Asia and emerging markets in Europe, Latin America will be a big focus in coming months it seems. A spokesperson tells us that PayU plans to make further investments in the region this year.

[Techie Tuesday] From being a part of Windows 95 launch to building the first global BNPL product, meet ZestMoney’s Ashish Anantharaman

5 Ideas To Modernize Your Restaurant Business