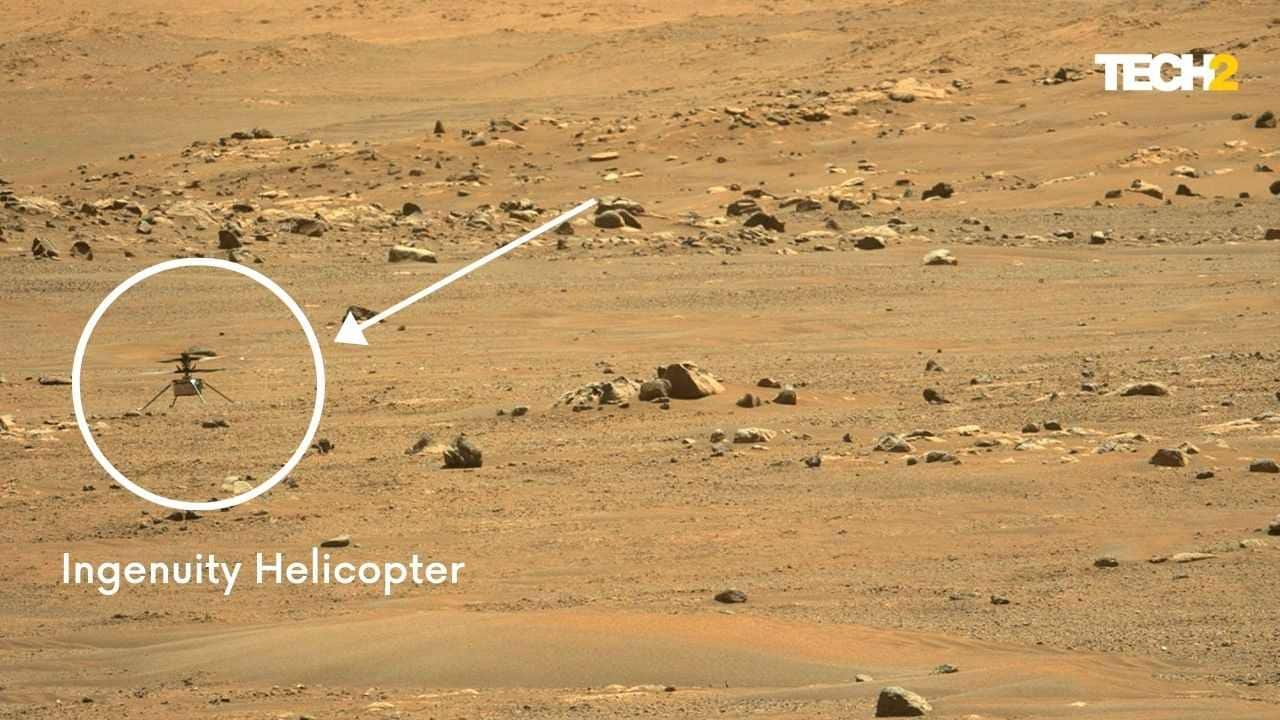 First came the amazing pictures, then the video. Now NASA is sharing sounds of its little helicopter humming through the thin Martian air. NASA’s Jet Propulsion Laboratory in California released this first-ever audio Friday, just before Ingenuity made its fifth test flight, a short one-way trip to a new airfield. During the fourth flight a week earlier, the low hum from the helicopter blades spinning at more than 2,500 revolutions per minute is barely audible. It almost sounds like a low-pitched, faraway mosquito or other flying insects. That’s because the 4-pound (1.8-kilogram) helicopter was more than 260 feet (80 meters) from the microphone on the Perseverance rover. The rumbling wind gusts also obscured the chopper’s sound.

Scientists isolated the sound of the whirring blades and magnified it, making it easier to hear.

Ingenuity — the first powered aircraft to fly at another planet — arrived at Mars on 18 February, clinging to Perseverance’s belly. Its first flight was April 19; NASA named the takeoff and landing area Wright Brothers Field in honour of Wilbur and Orrville, who made the world’s first airplane flights in 1903. A stamp-size piece of wing fabric from the original Wright Flyer is aboard Ingenuity.

The $85 million tech demo was supposed to end a few days ago, but NASA extended the mission by at least a month to get more flying time.

For Friday afternoon’s 108-second test flight, the helicopter travelled southward in the same direction the rover is heading. Once over its new airfield, the chopper soared to twice its previous altitude — 33 feet (10 meters) — took pictures, then landed. The two airfields are 423 feet (129 meters) apart.

With the helicopter’s first phase complete, the rover can now start hunting for rocks that might contain signs of past microscopic life. Core samples will be collected for eventual return to Earth.